Share All sharing options for: How Lonnie Outlaw Became a Georgia Bulldog

As I have noted many times, I am not a journalist and I try not to play one on the internet. Only once in my four years at Dawg Sports have I broken a story, as the sad news of Erk Russell’s passing appeared here first. Occasionally, though, I get a phone call from someone I trust who has information he obtained first-hand, and I feel comfortable running with it. So it was yesterday, when this site evidently became the first to report the signing of Lonnie Outlaw, who assuredly has one of the coolest names in a 2010 signing class chock full of them. 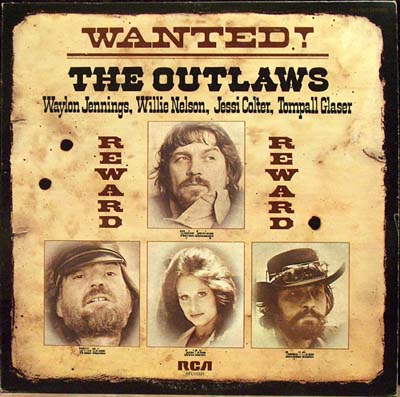 This is the story of how he became a Bulldog:

On the night of January 12, Lane Kiffin slithered out of Knoxville in the dead of night, bound for Los Angeles. There, Coach Kiffin fils and former Old Miss boss Ed Orgeron demonstrated the recruiting acumen that earned them the right to call themselves the two most loathsome people in college football never to have been accused of killing anyone. Thanks to the departing Tennessee coaches’ attempts to ransack the Volunteers’ recruiting class, new Big Orange skipper Derek Dooley found himself in a position to extend a scholarship offer to Nash Nance and thereby make eleventh-hour inroads with Da’Rick Rogers in spite of the longstanding relationship between Georgia and the Calhoun prospect.

Rogers’s last-minute change of heart opened up a scholarship and heightened the Bulldogs’ interest in Outlaw, a wide receiver from Wilcox County’s Class A state championship team. Mark Richt and his staff have been paying close attention to Mark Ledford’s Patriot program, partly in an effort to mend fences following the Red and Black’s failure to recruit current Nebraska Cornhusker defensive back Alfonzo Dennard but also because Wilcox County is home to Nick Marshall, the top quarterback prospect in the class of 2011.

Mike Bobo has been paying regular visits to Rochelle, occasionally turning up at Patriot basketball games. At a recent awards dinner, Coach Richt made a beeline for Coach Ledford upon arriving. Marshall is highly sought after by the Bulldogs and every other major program within shouting distance of South Georgia. Everyone who bleeds red and black wants to see Marshall wearing silver britches in Sanford Stadium in a couple of years.

Accordingly, it made sense for Georgia to look to Outlaw, an underrated prospect in an area where the ‘Dawgs need inroads, when Rogers opted against the Classic City Canines shortly before national signing day. Calls began in earnest when Rogers switched sides. Although the Atlanta Journal-Constitution’s Chip Towers reported that Outlaw will not qualify for freshman admission, the 6’7" receiver has earned the requisite ACT score. At the Bulldogs’ request, Coach Ledford faxed Outlaw’s ACT score to Athens before a formal offer was made.

Once the new Georgia signee’s test result was received, an offer sheet bearing the signatures of Mark Richt and Damon Evans was sent and Outlaw became a Bulldog. Because he needs additional credits, he will come to Athens by way of Milledgeville, where he will attend Georgia Military College.

With any luck, Lonnie Outlaw will reopen the pipeline from Wilcox County to the Classic City, not just for Nick Marshall next year, but also for Outlaw’s younger brother, Jonathan "Bug" Howard. Although he is just a freshman, Howard is a three-sport athlete who already stands about 6’2" and distinguished himself with a terrific catch for the Patriots in the first half of the state championship game last fall.

While Outlaw was not a heralded recruit, his signing is a big deal, and not just because of the future prospects Georgia may land down the road. (Wouldn’t it be funny, though, if Derek Dooley wrested wide receiver Da’Rick Rogers from the ‘Dawgs by making an offer to the quarterback who was his best friend, only to open the door for Mark Richt to bring quarterback Nick Marshall to Athens by signing the wide receiver who is a close pal of his?)

For many of us in North Georgia, it doesn’t matter much whether a particular Bulldog played his high school ball at Brookwood or at Parkview, but that isn’t the case throughout the state. Heck, podunkdawg takes her Warner Robins football pretty seriously, and that’s just in Middle Georgia! Sometimes we forget that pulling Baileys out of Folkston matters as much as, if not more than, pulling Stinchcombs out of Lilburn, but keeping South Georgia solidly in the Bulldog column is mission-critical for the Red and Black, and that objective is made more difficult now that the ‘Dawgs play more night games, making it much tougher for fans outside of metropolitan Atlanta to attend games.

It’d be nice to see Nick Marshall throwing fades to Lonnie Outlaw between the hedges in a couple of years, but, in the meantime, we’re starting to see a bit of a shift in Mark Richt’s attitude, if the names are any indication. A program that once featured Mohamed Massaquoi, Quentin Moses, and Leonard Pope may have stopped turning the other cheek when it signed Roderick Battle, Lonnie Outlaw, and Bacarri Rambo.

This was a good signing by the Bulldogs. Lonnie Outlaw is going to look like a steal when we get him on the field. While we await that day, though, his story provides an interesting case study in how the dominoes can fall in a way that rapidly and unexpectedly changes young men’s lives for the better. We should bear that in mind before criticizing high school seniors whose choices for their futures do not jibe with our selfish preferences for them.