Well, fortunately the (non-student) fans did show up this past Saturday, and more fortunately, so did our team.   But perhaps most fortunate of all, a FCS 1-AA team that was 1-7 on the year showed up, and played like a FCS 1-AA team that was 1-7.  So, we didn't let the Gators beat us twice, and we can feel encouraged going into this coming Saturday's game against the Auburn Tiglesmen.

And lest anyone think I'm merely being sarcastic, let me, in all sincerity, congratulate our team on getting the job done Saturday.  We let the Bengal Tigers hang out for a quarter, but then put them away with admirable expediency.  We can only hope that the Bulldogs can repeat the task this coming Saturday against the War Eagle-Plainsmen Tigers.

Even in a week when the Georgia Bulldogs pummeled a team 55-7, however, there remains room for improvement.  Therefore, I am letting the following people know that, for Week 11, You're on notice, dawg! 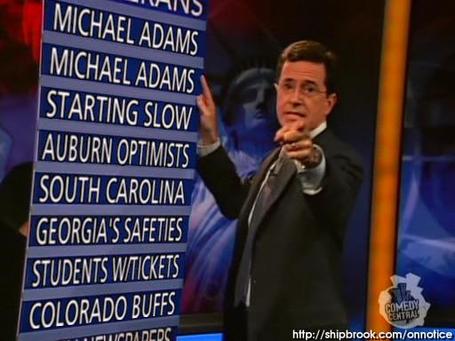 1) Michael Adams - Why Michael Adams?  Because he's a jerk, has stolen money from and is a disaster for University, and everybody that has ever worked with him hates him. Plus, I have it from a very authoritative source inside the UGA administration that he contacted Cameron Newton in 2009 and offered him $200,000 just to say something that would get Georgia put on probation so he could fire Mark Richt.

2) Michael Adams - in the plural sense. 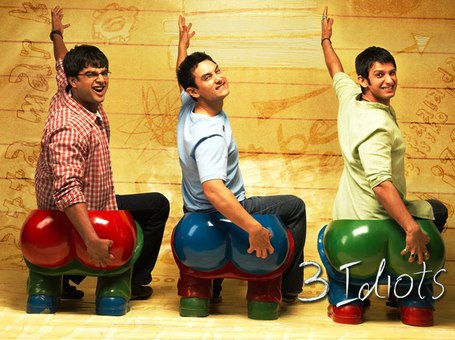 For example, these guys could qualify as the plural version of "Michael Adams."

3) Starting slow - During our first 4 wins of the season, we came out to play literally from the first snap, jumped out to a big lead, and then just leaned on the opposition for the rest of the game.  During all 5 of our losses, however, and yesterday against our overmatched opponents from Pocatello, we sleepwalked through the first part of the game, only to wake up and play up to our potential after the significant early-game slumber.

4) People who think we're going to beat Auburn - If I were capable of optimism (which I'm not), I would admire you folks' optimism on this thing. But tell me this... which team with a mobile QB have we stopped thus far in 2010? Steven Garcia fooled us, Tyler Hansen had a career day, and Chris Relf carved us up like a Thanksgiving turkey. And that Tim Trey Burton seemed to get along pretty well with our defense, as well.  As you might have heard, the Tiglesmen also have a fairly good, mobile quarterback.

I also have an additional question: What makes you think that we're going to blow Auburn out? Because, in 2010, we have played 5 close games and 5 games that have been blowouts. In the 5 close games we've played, we're 0-5. In the 5 blowouts in which we've been involved, we're 5-0.

I know that the history in this series bodes well for the away team that is also the lower-ranked team... but that assumes that your team is good enough to even be considered for a ranking in the first place. I see no reason to have any positive outlook whatsoever as we look towards our trip to the Plains. I see the 2004 Auburn game here... except that our team isn't anywhere near as good as the 2004 Georgia team was, and the 2010 Tiglesmen are about as good as their 2004 edition.

After watching several of Auburn's games, it is clear that the Tiglesmen are a team with weaknesses... mostly on defense.  Is Georgia a good enough team to exploit those weaknesses, however?  After 10 games have been played, you have to acknowledge that your team is as good as its record has shown.  Georgia is 5-5, has blown out every team with talent inferior to its own (save one), and has lost a very competitive game to every team with equal or better talent.  Auburn has, at the very least, a talent level that is equal to the Bulldogs'.

My prediction for this weekend's game is Georgia 24, Auburn 38.

5) South Carolina - You boys in Columbia are quickly making me hate you.  Not because of our loss to you, but because you suck so badly that even in your good years, when you actually have daylight between you and the next-closest team in the SEC East, you just can't seem to stop tripping over your own feet.  Is there one person outside the Palmetto State who doesn't think that Florida will chomp the Chickens next week in the Swamp?  And then our only solace will be that the Gators will get beaten into a bloody pulp by either Auburn or LSU.

6) Georgia's safeties - Once again on Saturday, our safeties showed a proclivity towards getting burned at least twice a game, even against inferior competition.  In spite of their pick-6's, both Bacarri Fudge Rambo and Vance Cuff got burned (again) for big plays, and Cuff's was for a touchdown.

Cam Newton can both run and throw the ball, and since we're going to have to load up 8 guys in the box to stop the run against both of our final opponents, we are going to be completely reliant on our safeties to stay behind the opposition's best receivers.  Friends... this could get ugly.  Finishing the season 5-7 is not out of the question by any means.

7) Students with Tickets -  At no point during the Idaho State game did the student section, collectively, get more than 40% full.  I know the team was just 4-5, I know it's only Idaho State, I know the administration is partly to blame, and I know you can come up with about about a dozen other excuses, but I just don't want to hear them.  I mean, even the old geezers in the south stands showed up and stuck around shivering in the shade until the middle of the 3rd quarter. 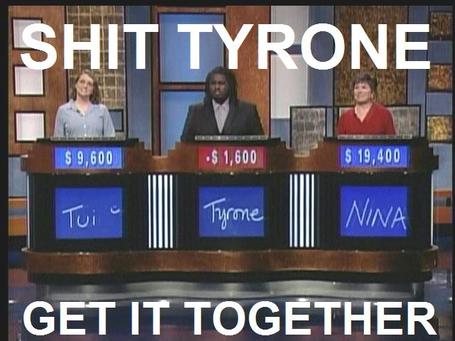 I'm glad I'm not in Greg McGarity's shoes, because I would be taking some drastic, unpopular measures to ensure that whatever student section we had was full during all home games.  Leaving 10,000 seats empty, even against a 1-AA opponent, is completely unacceptable.

8) The University of Colorado Buffaloes - As of today, the Buffs have 3 wins and 6 losses in the 2010 season.  Their 3 wins have come against the Colorado State Rams, the Hawai'i Warriors... and the Georgia Bulldogs.  They were poised yesterday to gain a fourth win over the Kansas Jayhawks, but they apparently left the stadium and got on the bus at the end of the 3rd quarter, because Kansas scored 35 points in the 4th quarter to win the game. How do you even score 35 points in a quarter against a Division 1-A opponent? Seriously, Buffs... how did you ever manage to beat us?  In retrospect, this was as bad a loss for us in 2010 as losing at home to Southern Miss was in 1996.

Finally, I want to give a quick anti-on-notice shout-out to WSB-TV and the University of Georgia atheletics department for the TV coverage on Saturday.  Normally, this game would have been a pay-per-view game covered by (I don't know whom) in the booth, but the athletics office made the decision at the beginning of the season to save the fans some money and air this game for free on WSB-TV instead.

This fact alone is enough for a positive mention, but as I watched the replay of the game on my DVR, I was very pleasantly surprised both by the quality of the announcers and the overall quality of the broadcast itself. The commentary might not have been the best I've ever heard, but it was far better than the Pam Ward/Andre Ware drivel that would have been offered up by ESPN for a game like this.  Their halftime coverage of the salute to the 1980 national championship team was very nice as well.  Overall, an A+ job was done by WSB covering this game.

(I also noticed that they took far fewer TV timeouts than we've seen in other games... and this was very much appreciated, as well.)

Although I'm not confident in the result, I'll be in front of my TV at 3:30 this Saturday, cheering as hard as I can for our beloved Dawgs... I hope you are, too!