Mercifully, we were not subjected to the stress of watching a Georgia football game this weekend, with us trying to figure out whether this week would be a "blow out the other team" game or "lose a close hard-fought one" game (well, up until the middle of the 3rd quarter, at any rate).

No, I enjoyed the weekend thoroughly by trekking into the north Georgia wilderness near Chattanooga to spend a combined Thanksgiving/80th birthday celebration for my grandfather-in-law.  I saw Rock City (SEE ROCK CITY), decided that a fat man couldn't really fit through "Fat Man's Squeeze," and enjoyed alternately heckling the Wrigley Field setup (for just being stupid) and the Mad Hatter (for almost losing to Houston Nutt... again).

In the end, we are left, from a Georgia standpoint, exactly where we were last week.  Georgia sits at a disappointing 5-6 on the year, needing a win in their final contest for the hope of possibly making it to Nashville to play the Clemson Tigers (or, more realistically a hope of making it to Memphis to play the only program historically dirtier than the Auburn Tiglesmen).

With that in mind, I'm letting the following people know that, for Week 13, You're on notice, dawg! 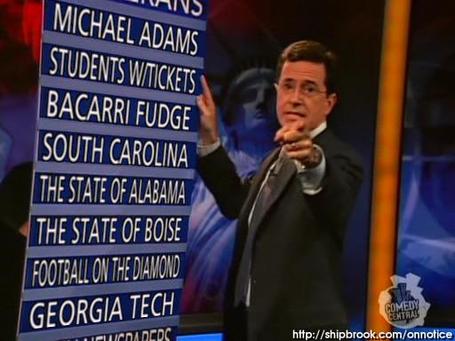 1) Michael Adams - Why Michael Adams?  Because he's a jerk, has stolen money from and is a disaster for University, and everybody that has ever worked with him hates him. Plus, I have it from a very authoritative source inside the UGA administration that his favorite drinkin' song has always been The Son of a Gambolier.

2) Students with Tickets - I know that the University administration is partially to blame on this one, students, but this is the final game of the year, is actually meaningful, and more importantly, is against a major rival.  There are no excuses this week.  The students need to be in the stadium, ready to go before the game starts (none of this "trickling in by the 2nd quarter" nonsense).

And, if it's not too much to ask... could we get you guys who painted your bodies green and spelled "Adriel Jeremiah #1" to do that again, please?  That was pretty clever, and I don't think we'll ever have a chance to see it again. 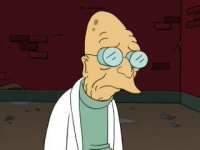 Oh, I made myself sad.

3) Bacarri Fudge - I outlined my frustration with Bacarri last week, but I need to reiterate this:  Mr. Rambo Fudge, we need you to be at 100% this week.  Our fledgling 3-4 defense is going to have its hands full just covering the triple option at the line of scrimmage.  The last thing we need is for an unmarked Stephen Hill or Orwin Smith to go streaking alone down the field, giving Tevin Washington an easy route for a 6-point score they'll be needing to catch up to us.  Step up, Bacarri, and play like we all know you're capable of doing.

4) The South Carolina Gamecocks - Ok, guys, your work on Saturday was nicely done.  I know this is your first SEC East Championship, though, so we need to review one more thing.  When you're about to stroll into Atlanta with dreams of ruining Cheater Auburn University's undefeated season, you simply cannot, under any circumstances, lose your final regular season game to an inferior ACC rival. For an example of the preferred way to close to your season, see Georgia, University of, 2002. 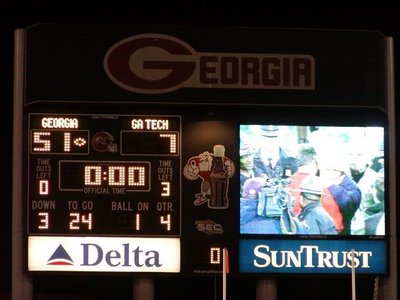 This is how an SEC Eastern Division Champion should finish their regular season.

I'm We're all going to be cheering for you guys on December 4, Gamecocks, so please don't let me us down here.  We in the Empire State of the South have had quite enough disappointing losses to inferior teams for one season.  (And no, that was not a left-handed compliment.  Well, actually, yes it was, since I'm left-handed, but I was not referring to our loss to y'all.)

5) The entire state of Alabama - I know Alabama and Auburn aren't ranked 1 and 2, but this is a top-10 matchup, so y'all just need to be careful this weekend.  Only a minority of the fans in the stadium will be Tiglesmen supporters, but when even that small number of highly explosive inferiority complexes is combined in the same stadium with a huge number of fiery, obnoxious crimson tempers...  all I'm saying is that if you want to continue to have a state of Alabama on Sunday morning, you'd better double whatever security contingent you've already hired for the game. 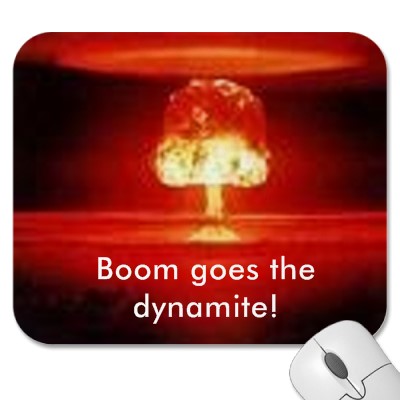 On second thought, maybe we should just go ahead and let nature take its course.

6) The Boise State Broncos - Ok, if we're going to be beating you guys down to start the season (again) next year, the least that you could do is win your last two games by a combined total of 136-3, get voted into the BCS Championship Game, and win the national championship.  Your biggest remaining test of the season (before Oregon) is this Saturday in Reno, so can you please shoot the Wolfpack, just to watch them die? 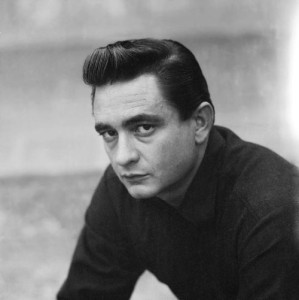 7) Playing football in baseball stadia - In their haste to set up a football game in Chicago's Wrigley Field, the officials at both Northwestern and the University of Illinois apparently forgot to check and make sure that, you know, a football field would still fit in there. 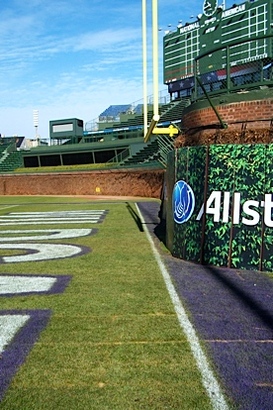 Because these guys couldn't actually create a safe, regulation-sized football field, both teams had to run all of their offensive plays in the same direction on Saturday.  Notre Dame and Army also played in Yankee Stadium on Saturday, but since New Yorkers can apparently use a measuring tape accurately, no special rules adjustments were required to accommodate an unsafe playing environment.

I understand the nostalgia that organizers were trying to feed upon by setting up these events, but a reality check is needed here.  During the early and mid-20th century, the unquestioned king of the sports landscape was baseball.  Baseball had been "America's pastime" for more than a century, and the biggest and best venues in the country at that time were baseball stadiums.  As a result, big football games were frequently  moved to major baseball stadiums to accommodate the additional crowds and add an additional sense of "occasion" to the event.

In the 21st century, football has easily surpassed baseball as America's favorite spectator sport.  Not only that, but today's baseball stadiums are designed for one thing: baseball.  The seats are designed to "hug the diamond" and are closer to the field than they used to be (even at old Wrigley), and this makes the logistics of creating a football field even more challenging.

I'm all for honoring history, but let's keep football in the football stadiums, and let the old coots baseball fans have their game in their stadiums, ok?

8) The Georgia Tech Yellow Jackets - In spite of everything else happening in the college football world, and in spite of the fact that our season is a miserable failure no matter how Saturday's game goes, we're still gunning for you, Engineers.  You are in our sights, and the only reason we have left to play is to try to embarrass your team as much (and often) as possible.  You certainly have a chance to beat the Dawgs Saturday, but to do so, you're going to have to bring it early and often.

And, above all, remember this one thing: 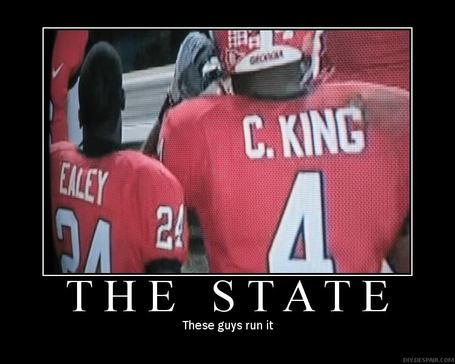