All I can say, my fellow Dawg fans, is... Bravo! The Bulldog Nation has come through royally this week in its unmitigated hatred of everything that is the Florida Gators. Since the beginning of Hate Week, some people have engaged in statistical analysis, sketchy statistical analysis with an agenda,  tried to ignore the buildup, (before joining the fray), and we've written a whole ton of anti-Gator poetry (and a little visual art, as well).

I only hope that, when kickoff approaches tomorrow, our team absolutely brings it on the field as much as the fans have in the blogosphere!  Great job, Dawg fans!  Pat yourself on the back for a Hate-week-job well done.

Today is the conclusion of my week-long series on why I hate the Florida Gators, and you should, too. I've already crossed into enemy territory, and will be feasting on the flesh of the enemy for dinner this evening at Park's Seafood Restaurant in Daytona Beach.  Stop on by and say hello if you're in the neighborhood!  I'll be the big guy in the red Georgia polo shirt and khaki shorts  (but no red Georgia cap).

Gator Hater Reason #5: They don't know the difference between an alligator and a crocodile

This is a crocodile: 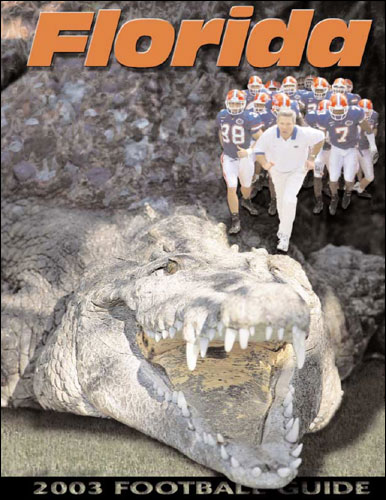 This is an alligator: 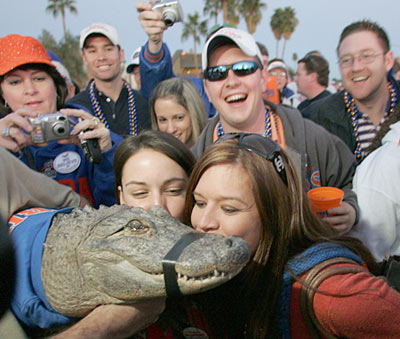 Now, to be fair, sometimes the mascot they've used is so nebulous as to be impossible to tell the difference.  To wit:

Well, he has no visible teeth, so I guess he's an alligator, after all.

Their current graphical incarnation of their mascot, though, is without a doubt a crocodile.

Since the Florida athletic department can't seem to decide whether their mascot is an alligator or a crocodile, maybe we should just call them the Florida Croc-o-gators.

Gator Hater Reason #4: They give you hope that you can win, then snatch it away at the last second.

This was a rare occurence during the first decade of Gator dominance in the 1990's. For the last 10 years, this has been their specialty, and it's especially gut-wrenching.  I've already mentioned the 1993 game for which I was in attendance. That was back during a time when we still came to Jacksonville expecting to beat the Sunshine State Saurians every year, though.  Over the last 10 years, we have come into the River City with arguably the better team at least 4 or 5 times, only to leave in bitter disappointment most of those times.

I specifically remember the 2005 engagement, when we started the game the previous week against Arkansas 6-0 and supremely confident.  D.J. Shockley went down against the Hogs, however, and even though Georgia hung on to enter the Florida game at 7-0 and ranked #4 in the country, Shockley missed the entire game and the Dawgs went humbly in a 14-10 setback to the 5-2 Gators, who were ranked #18.

And then there was the Ron Zook era in Gainesville, where two of Mark Richt's best squads to date (2002 and 2003) both failed to upend our reptilian overlords, losing 20-13 and 16-13, respectively.  (The 2004 team did manage to beat the Zooker after he was fired the week of the Georgia game after losing to the Western Division Bulldogs the week before.)

This year, the Gators have once again endeavored to give the Bulldog Nation hope that this... this... could be the year that the Croc-o-gator curse is turned around and the series starts trending back towards the Bulldogs.  And although my unyielding hatred of everything scaly and reptilian, no matter what they call themselves, compels me to predict a repeat of Georgia's 1942 75-0 drubbing of the Gators; I have to admit that in my heart, I will remain skeptical of the result until the game is actually complete.

Pictures speak louder than words, but suffice it to say, the Gators have taken something good and honest... 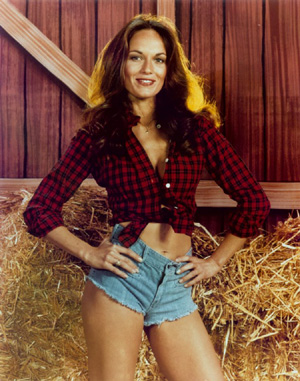 ... and turned it into an object of ridicule and shame. 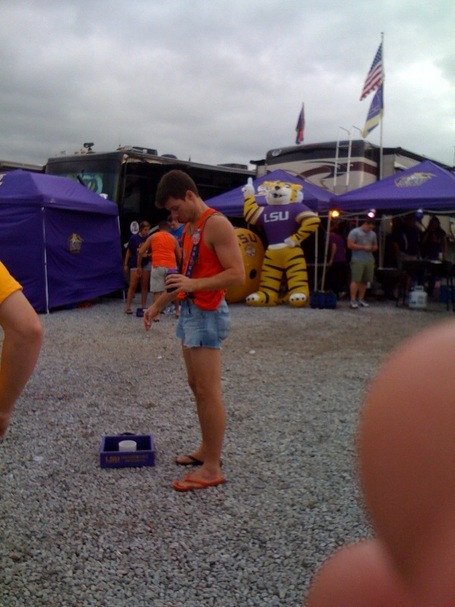 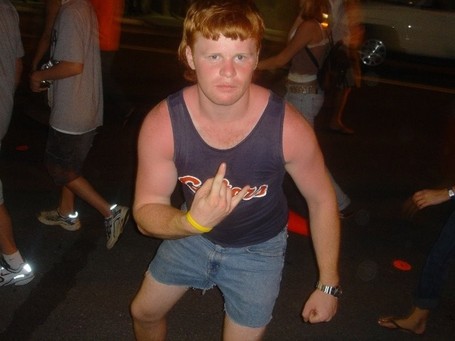 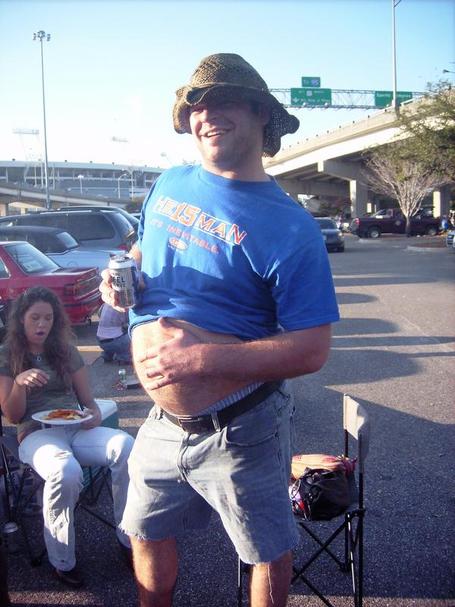 Gator Hater Reason #2: If When we beat them this year, they will want us to say, "Thank You."

Literally from the moment he first matriculated at the University of Georgia in 1973, Greg McGarity's loyalty has been aligned with the winning side in the Georgia/Florida football rivalry.  McGarity graduated from Georgia in 1976, served as women's tennis coach for a few years, and worked thereafter in the Georgia athletics department.  He was hired away by Florida in 1992, just two years after Florida started its current winning streak.

Now, McGarity has rejoined the battle on Georgia's side of the field.  Some people might say that correlation does not equal causation, but I'm not buying it, and neither will the Gators if we suddenly start another winning streak in this series.  Greg McGarity is a Damn Good Dawg, and he is a Georgia man that was lost in enemy territory for years before returning home two months ago.  The only bad part about having him turn our fortunes in this game is that the Gators will bitterly say, "You're Welcome," after every defeat they suffer.

But you know what?  I'd totally be willing to put up with it.

Now, finally, we have arrived at the number one reason that I hate the Gators, and you should too...

Gator Hater Reason #1: You don't need a reason.  We are the Georgia Bulldogs.  They are the Florida Gators.

... is completely incompatible in every conceivable way with this.

They are Gators, we are Bulldogs. We must break them.

I will be in attendance at EverBank field 24 hours hence.  Until then, I will be enjoying the late-October Sunshine State weather with my family for most of the evening.  I'll be around a little bit, though.  Have a great evening, everyone!  Party responsibly tomorrow!