When, Precisely, Would You Like Me to Panic Over Our Lack of a Defensive Coordinator?

Share All sharing options for: When, Precisely, Would You Like Me to Panic Over Our Lack of a Defensive Coordinator? 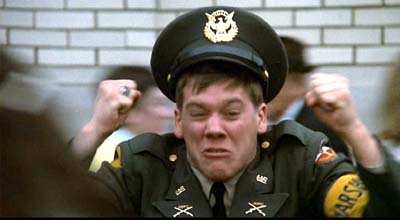 "Remain calm! All is well!"

Perhaps it is simply my role to serve as the resident Chicken Little of Bulldog Nation; I am happy to provide that service, because my confidence has not been rewarded in the last couple of years. When you expect the worst, your only options are to be proven right or pleasantly surprised. (In my defense, I don’t display nearly the negativity of some fans of other schools, although I am not as sanguine about the Bulldogs’ 2010 prospects as some other commentators.)

I agree that the proof is in the pudding; at the end of the day, it’s all about the result. I agree that there are many misconceptions about this search. The problem, though, is that events do not unfold in a vacuum.

It is a false dichotomy to suggest that the result can be removed from the process; anyone who says otherwise hasn’t been paying adequate attention to the words of the guy who just won his second national championship in a seven-year period with two different schools: Nick Saban produces results because he is all about "The Process." An atmosphere of uncertainty also hampers a team’s recruiting efforts in the final month before national signing day.

The perception of the process also affects the result. Paul Westerdawg cleverly observed, "Let's say you ask out Miss September, and she turns you down. Then you ask out Miss October, and she turns you down as well. Who cares if you still end up with Miss December?" The problem, as I argued during the basketball coaching search, is that being turned down by Miss September and Miss October likely impacts your chances with Miss December. (And, by the way, what’s Paul’s problem with Miss November, anyway?)

Finally, ours is not the only team looking for a defensive coordinator. Since the "Fire Willie Martinez" movement reached its successful culmination over a month ago, Florida State has hired Mark Stoops, Illinois has hired Vic Koenning, Florida has hired George Edwards, and Kirby Smart may have become a candidate for Texas Tech’s head coaching job. Just today, Georgia Tech entered the market for a new defensive coordinator. This ain’t a rec sports league where everyone gets a trophy; this is a game of musical chairs, and, if all the good defensive coordinators are taken when the music stops, you’re stuck.

Accordingly, I will provide the emotional counterpoint to the rest of the Dawgosphere’s insistence upon being calm, cool, and collected, just as so many of us believe our new defensive coordinator should provide the fire to Mark Richt’s ice. However, so as not to ignore utterly the advice offered by MaconDawg, David, Paul, and Doug, I will fall back on this observation, which was offered by former World Series of Poker champion Amarillo Slim:

The result of one particular game doesn’t mean a damn thing, and that’s why one of my mantras has always been "decisions, not results." Do the right thing enough times and the results will take care of themselves in the long run.

While I try to take solace in that sentiment, I also find comfort in these words from Paul Westerdawg:

I think we'll have our DC by Sunday at the latest.

Well, all right. If Paul says so, I’m willing to be patient until the end of the weekend . . . but then I’m going back into panic mode, people!