(Author’s Note: I neglected to mention earlier today that I was scheduled to appear on ESPN Radio 1420 out of St. Augustine at 7:15 this evening, for which I was remiss . . . the neglect, that is, not the appearance. I’m sorry if any of you missed it. For future reference, though, the present plan is for me to appear on John Frary’s radio show every Monday evening, so be sure to make a habit of tuning in for my weekly report on the previous Saturday’s Georgia game.)

You’ve seen the first draft of my BlogPoll ballot, so now it’s time for you to take a look at my SEC Power Poll ballot. As was the case with last week’s rankings, the BlogPoll and the SEC Power Poll do not necessarily square with one another, since the latter at least purports to be a power poll. Here are how the league’s teams stack up against one another:

1. Florida Gators: Although the Sunshine State Saurians appeared very mortal against the Big Orange, I’d still pick them to win straight up against the team I have ranked No. 2.

2. Alabama Crimson Tide: Nick Saban’s squad appears to be the most complete team in the conference, and the Red Elephants’ win over the Virginia Tech Hokies is going to acquire greater luster as the season continues.

3. Mississippi Rebels: I don’t quite know what to make of Ole Miss. Houston Nutt, Jevan Snead, and crew are doing everything they’re supposed to do, but I can’t shake the sense that the Rebs are a paper tiger that is going to be exposed by the Tigers, or perhaps by the Tigers. 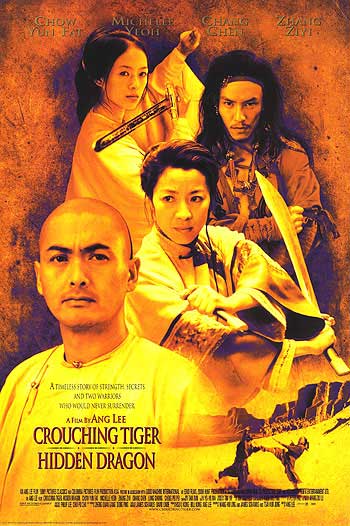 I don’t rule out the possibility of there being a hidden Dragon involved, either.

4. LSU Tigers: Once again, this purports to be a power poll, and the Bayou Bengals purport to be the SEC’s fourth most powerful team. They just haven’t played anywhere near that well, and I don’t know why.

5. Georgia Bulldogs: 2-1 is 2-1. 2-0 in SEC play is 2-0 in SEC play. Giving up 37 or more points seven times in a twelve-game span is what it is. The ‘Dawgs had better quit coughing up the ball three times a game and stop spotting the opposition three scores in the first quarter, or it’s going to be a long season. In the meantime, Dr. Saturday shouldn’t be so negative; the better way of putting it would be to say that no one better give the SEC any lip about how we lack aerial firepower and quality quarterback play. The Offensive Chic crowd needs to recognize that, when we put our minds to it, we can be downright WACky.

6. Auburn Tigers: I’m pretty sure the Plainsmen’s resurgence has more to do with Louisiana Tech, Mississippi State, and West Virginia being weak than with any squad coached by Gene Chizik being strong, but Auburn got to 3-0 somehow. I hate Auburn.

8. Arkansas Razorbacks: Ryan Mallett is the real deal. If Bobby Petrino’s club doesn’t develop a defense pretty quickly, though, the Gamecocks are going to slaughter the Hogs in their upcoming barnyard battle. Either way that game goes, though, it means good barbecue for the rest of us. (Unless they go with that mustard-based sauce they use in South Carolina. What’s up with that?)

9. Kentucky Wildcats: Yeah, once you get past about fifth, it’s just pulling names out of a hat. Uh, beating Miami (Ohio) and Louisville (Kentucky) counts for something . . . I guess? Is it basketball season yet?

10. Tennessee Volunteers: Lane Kiffin may be coaching the best 1-2 team in America. (No, that wasn’t an insult. I swear, it wasn’t. All right, maybe just a little.) If he’s not careful, Coach Kiffin fils will register enough moral victories in Knoxville to get himself hired to succeed Steve Spurrier in Columbia. After he’s fired from that job, the Laner will spend the rest of his life pumping gas.

11. Mississippi St. Bulldogs: Have the Western Division Bulldogs considered trying to be good at more than one thing at a time?

12. Vanderbilt Commodores: You’re not allowed to go to back-to-back bowl games if you lose to Mississippi State both years.