How Good-Looking is Your Head Coach's Sister?: The Moral Case for Abolishing Overtime in College Football

Share All sharing options for: How Good-Looking is Your Head Coach's Sister?: The Moral Case for Abolishing Overtime in College Football

It’s always interesting to me how current events invariably confirm our preconceived notions, in sports at least as much so as in politics, religion, and most of the rest of life. For instance, no matter which side of the playoff divide you happened to claim, Boise State’s victory over Oklahoma in the Fiesta Bowl verified the correctness of your position, proving either the wisdom of a winner-take-all system that gave all contenders a fighting chance or the wisdom of a postseason arrangement that allows the Broncos perpetually to claim a B.C.S. bowl championship rather than being reduced to being college football’s George Mason.

So it is with overtime. Dr. Saturday loves overtime because he hates ties. I hate overtime (at least in principle; I will confess to enjoying it in practice) because I love what ties say about a coach’s character.

In 1962, No. 1 Alabama arrived in Atlanta for a game with Georgia Tech. The Crimson Tide were winners of 19 in a row but Joe Namath’s four-interception day had ‘Bama trailing 7-0 in the fourth quarter. A late score gave Bear Bryant the choice of playing for the tie or for the win.

Coach Bryant went for two, didn’t get it, and lost 7-6. The Tide ended the season with a 10-1 record, finished a half-game in back of Ole Miss for the S.E.C. title, and were ranked fifth in the final poll. A lot of football fans who are not Alabama fans gained a lot of respect for the Bear that day.

Examples of such courage abound, as do corresponding instances of cowardice. Tom Osborne went for the win in the 1984 Orange Bowl when a tie likely would have assured Nebraska of a national title. Bobby Bowden played it safe during the "Choke at Doak" game against Florida in 1994, in which Florida State came back from a 28-3 third-quarter deficit yet settled for a 31-31 draw.

Before earning well-deserved ignominy for flagrantly cheating and losing his pants, Pat Dye became an object of universal disdain for his gutless tendency to play for the deadlock rather than try for the victory as the head coach at Auburn. (I hate Auburn.) No self-respecting football fan will ever regard as anything other than shameful Ara Parseghian’s wimpy decision to settle for a tie in Notre Dame’s anticlimactic 1966 game against Michigan State. 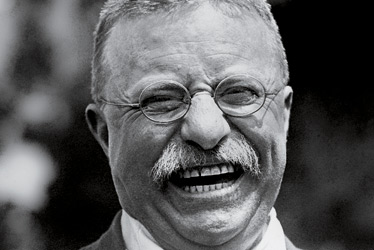 Warning: There is a Teddy Roosevelt reference near the end of this posting.

There also are coaches who demonstrate through such decisions when they have crossed the line between risk-taking and risk-aversion. Following impressive early successes in his first five years as the head coach at Georgia, Vince Dooley went through a rough patch in his next six seasons, finishing at .500 three times between 1969 and 1974.

The program again rose to a lofty level, led by Erk Russell’s "Junkyard ‘Dawgs" in the Cotton Bowl campaign of 1975 and the Sugar Bowl season of 1976. It was in that climate that the Red and Black welcomed Clemson to Sanford Stadium for the second game of their fall slate on September 17, 1977. The Tigers had not won in Athens since 1914 and Coach Dooley had gone 10-1 against the Country Gentlemen in his career.

In their first year under Charley Pell, though, the Fort Hill Felines held a 7-0 lead on the Bulldogs between the hedges with 25 seconds remaining in the game when Coach Russell’s defense held Clemson on fourth down. From the Georgia 42, quarterback Jeff Pyburn tossed a lateral to tight end Ulysses Norris, who hurled the ball downfield to flanker Jesse Murray. The Red and Black receiver came down with the ball in the midst of four Tiger defenders for a 50-yard gain to the Clemson eight yard line.

Two plays later, Norris caught a Pyburn pass in the corner of the end zone with six seconds left. Despite a five-yard delay of game penalty on the conversion attempt, Coach Dooley elected to go for two points and the win. Pyburn rolled out under pressure and threw too high for the leaping Norris to bring in the aerial, producing a 7-6 setback for the Classic City Canines.

The outcome altered the course of both programs, and of the rivalry. Georgia went on to post its only losing season of the 25-year Vince Dooley era. Clemson, which did not attend a bowl game between 1960 and 1976, received a Gator Bowl bid and became a regular fixture of the college football postseason in years in which probation did not prevent the Tigers from appearing in bowls. Between 1977 and 1987, the Bulldogs and the Tigers went 5-5-1 against one another in what became the country’s most closely-contested rivalry. Warning: There is a Faulkner reference near the end of this posting.

The lone tie came in 1983, when Georgia was coming off of a 33-3 three-year run during which the ‘Dawgs won one national championship, played for another, and captured three straight conference crowns. The Red and Black were ranked seventh in the coaches’ poll when they traveled to Death Valley on September 17, 1983, six years to the day after the failed two-point conversion against the Country Gentlemen.

Georgia trailed 16-6 heading into the fourth quarter. Defensive end Calvin Ruff recovered a Clemson fumble to set up a 14-play, 54-yard drive including a fourth-down conversion near midfield and a pair of third-down conversions inside the Tiger 20 yard line. An eight-yard touchdown pass from quarterback Todd Williams to tight end Clarence Kay with a little over nine minutes remaining made it decision time for Coach Dooley. The Bulldogs were behind 16-12 and had to choose whether to kick the extra point or go for two.

Coach Dooley sent in placekicker Kevin Butler for the point after and he made it a three-point ballgame. The game ended with a 76-yard Georgia drive that set up a 31-yard Butler field goal with 38 seconds to play. (The Atlanta Journal-Constitution, unaware at the time of the last-second heroics Butler would pull off against the Tigers one year later, published a photograph of the kicker the following day with the caption, "The Butler did it.")

Afterwards, Coach Dooley explained, "I thought we had momentum and I wanted to maintain that momentum. I did not want to do anything that would have killed our momentum – and going for two and not getting it would have surely done just that."

Against Charley Pell in 1977, Vince Dooley was 45 years old and barely two years removed from the day in the summer of 1975 that Fred Davison had stood up to mounting fan criticism by giving the coach a four-year extension at a time when he had just one year left on his existing contract. Against Danny Ford in 1983, Vince Dooley was 51 years old, ensconced as athletic director, and the winningest coach in Bulldog football history. 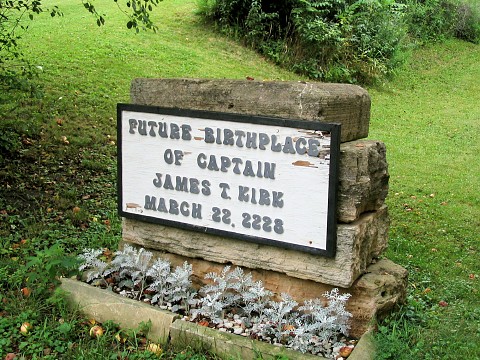 Warning: There is a Captain Kirk reference near the end of this posting.

I have my own opinion upon that subject, but the point is that the absence of overtime is what made each of those decisions consequential and, hence, controversial. With the possibility of a tie now off the table, only the desperation of a team facing a prohibitive favorite (such as, for instance, Boise State facing Oklahoma in the Fiesta Bowl) would cause even the boldest coach to consider going for two and the win instead of kicking the extra point for the tie.

I’d rather know that a coach’s decision is an expression of his character instead of the dictate of a chart. Ultimately, my opposition to overtime (again, conceptually rather than practically) springs from the fact that it takes courage out of the equation and therefore robs the sport of some small yet significant measure of its dramatic and moral force.

We care about the fact that James T. Kirk doesn’t believe in the no-win scenario because a lesser man might have accepted placidly what he believed to be his doom and it speaks volumes about our favorite starship captain that he, like William Faulkner, declines to accept the end of man. The existence of overtime in college football relieves coaches of the choice, robs fans of the enjoyment and illumination to be had in the making of that choice, and makes the short-term acceptance of the no-win scenario---acceptance of appeasement in lieu of guts and gusto---obligatory instead of shameful. "Do or die" time is now "do like Dye" time.

Bear Bryant in November 1962, Vince Dooley in September 1977, and Tom Osborne in January 1984 all lost games in which they won respect because they proved something that allowed their fans to feel proud even in defeat. Ara Parseghian in November 1966, Bobby Bowden in November 1994, and Pat Dye on more occasions than I would care to count all sacrificed respect for fear of falling in an honest and honorable fight, and they thereby accepted their place among those cold and timid souls who know neither victory nor defeat.

That college football’s rules no longer require the highly-paid decisionmakers prowling the sidelines to choose between glory and timidity, between leaving the field with their heads held high regardless of the outcome and taking the walk of shame back to the locker room, does a disservice to the sport and to all of us who love it. Ties should be possible because the consequences of settling for ties should be meaningful and negative as we spit the lukewarm out of our mouths.