How the N.C.A.A. Can Solve Secondary Violations by Returning to First Principles

Share All sharing options for: How the N.C.A.A. Can Solve Secondary Violations by Returning to First Principles

Our topic today, boys and girls, is the secondary violation, with respect to which Senator Blutarsky has questions, C&F has suggestions, and I have a solution.

Ignore them. Decriminalize them. Legalize them. While Bruce Feldman advocates draconian penalties as the self-appointed czar of the War on Secondary Violations, I take the approach a libertarian takes to marijuana; viz., quit worrying about it and let people be. (Full disclosure: I am not a libertarian, although I have my moments.)

By definition, a secondary violation is one that is isolated or inadvertent in nature, provides or is intended to provide only a minimal recruiting, competitive or other advantage and does not include any significant recruiting inducement or extra benefit.

In other words, it ain’t no big deal. It’s a smoke machine in the stadium. It’s Ed Orgeron ripping his shirt off in front of recruits. It’s Gene Chizik riding up to a prospect’s house in a limousine with school logos. It’s theatre. It’s nothing.

During my days as an undergraduate at the University of Georgia, I served as a justice (and, eventually, as chief justice) of the Student Judiciary at the Office of Judicial Programs. While I was there, the University conduct regulation governing hazing by fraternities contained a blanket denunciation of all hazing, from benign acts like requiring pledges to go to class carrying a potted plant in one hand to potentially dangerous acts involving staying up all night to do calisthenics, and did little to differentiate between the two extremes.

While I was at O.J.P., I advocated changing the conduct regulation to distinguish between harmless hazing and dangerous hazing. I argued that, by universally outlawing and indiscriminately punishing all of it, no matter how minor, we weren’t preventing hazing, we were encouraging circumspection by the perpetrators. My contention was that, by drawing reasonable distinctions, we could be more successful in addressing the really risky behavior; beyond that, other than a general C.Y.A. statement along the lines of "the University discourages hazing in all its forms," the silly stuff to which a pledge is willing to subject himself that can hurt nothing worse than his feelings is none of the administration’s concern.

Punish the dangerous, forget the frivolous, and focus on what’s important. That, in essence, is my position on secondary violations. What enemy is the N.C.A.A. fighting here? What we’re worried about are rogue boosters, fake jobs, hundred-dollar handshakes, and Cadillac Escalades in the parking lot of the athletic dorm, right? Why, then, are we even worrying about---why are we even talking about---whether Coach O does a dance routine for recruits? 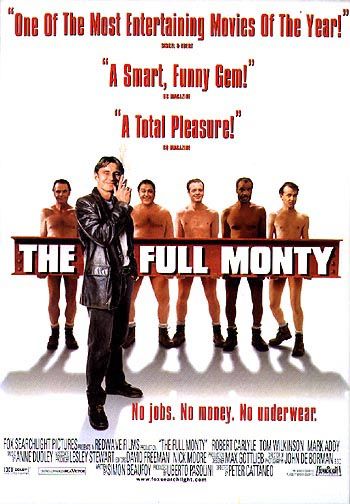 Nobody said anything about the Full Monty!

I try not to get political here at Dawg Sports, but my leanings are no secret to anyone. I mention that only because it is relevant philosophically to my outlook upon this issue. I don’t favor a smaller, less intrusive government because I hate government---heck, whenever it’s conducted correctly, I’m all about government!---but because I realize that there are a handful of things it is absolutely vital that government do well. I want to scale it back so it can concentrate its limited abilities and finite resources on the truly mission-critical rather than dissipating its energies attempting the merely desirable (or worse).

I feel the same way about the N.C.A.A. The N.C.A.A. has two central problems: it has too many nitpicky rules and it has too little enforcement authority. These two difficulties are not unrelated; the former trouble has caused the organization to fritter away its moral capital and squander its scarce resources on ephemera. By fretting over ticky-tacky silliness that the N.C.A.A. itself admits "is isolated or inadvertent in nature," gives only "minimal" benefits, and lacks inducements that are "significant," the organization stretches itself too thin, subjects itself to ridicule, and, ultimately, renders itself ineffectual. While being viewed as dragging its feet (or allowing the institution to drag its feet) on the Reggie Bush and O.J. Mayo scandals at Southern California, the association governing intercollegiate athletics is taking up its time with processing paperwork on nonsense like this:

[A] coaching staff member left a message for a recruit after another staff member spoke with the player the previous day. The penalty was a two-week ban on calling the recruit.

Seriously? Somebody left a message for a guy after a fellow assistant talked to the same guy on the phone 24 hours earlier? Does Bruce Feldman honestly think such innocuous oversights actually ought to prevent Mark Richt from being able to recruit this kid? Can we please grow up and focus on what matters?

Secondary violations are given that name for a reason. We should concentrate on what is fundamental and give primacy to what is primary. A secondary violation is no violation at all. The way to fix this rule is by repealing it.