The signs were not encouraging and all realistic hope of a division crown was gone, but Bulldog Nation had gotten some much-needed rest and was ready to emerge from the depths of baseball-induced depression as the Red and Black prepared to host the Vanderbilt Commodores on Friday evening. Alas, the collapse continued without any indication that the Diamond Dogs were the least bit closer to pulling out of their tailspin.

Trevor Holder began his stay on the mound by surrendering a leadoff double to Brian Harris in the top of the first inning. Riley Reynolds was thrown out at first but advanced the baserunner, and, after Steven Liddle walked, Curt Casali hit into the fielder’s choice that scored the Commodore shortstop. Aaron Westlake’s ensuing home run plated two more runs.

Andrew Giobbi followed that up with a solo shot of his own, so, by the time Jason Esposito flied out, Vandy had built up a 4-0 lead on a trio of hits. The Red and Black had no answer in the bottom of the frame, in which the home team went three up and three down.

After the Music City Sailors had only a one-out Joe Loftus single to show for the visitors’ half of the second stanza, Bryce Massanari became the first Georgia baserunner by being hit by a pitch in the bottom of the canto. Joey Lewis drew a walk and, after Lyle Allen peered at a called third strike, a passed ball allowed both baserunners to advance into scoring position. The next two Bulldog batters struck out and grounded out, respectively, to keep the score unchanged. 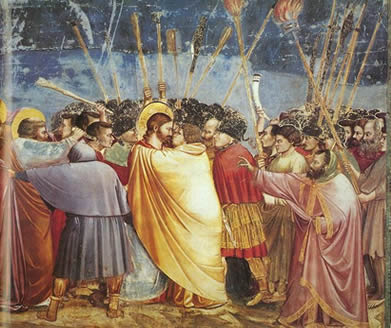 Vanderbilt catcher Andrew Giobbi struck out twice and collected only one hit in five at-bats, yet his work on the Scrovegni Chapel in Padua in the early 1300s continues to ensure his place among the masters of the Italian Renaissance.

The upper half of the third inning began with the throwing error by Michael Demperio that allowed Liddle to reach base and advance to second. After Casali walked, Westlake loaded the bases with a single. Giobbi hit into a double play, but one unearned run still scored and Esposito tacked on another with a base hit to left field. Jonathan White’s subsequent groundout wrapped up a two-hit, two-run stanza.

In an effort to make up for the miscue that allowed the Commodores to take a 6-0 lead, Demperio led off the home half of the canto with a walk and a stolen base. Matt Cerione singled to score the Georgia second baseman, but the next three Red and Black batters struck out, flied out, and grounded out in succession. Vanderbilt led 6-1 in hits and 6-1 in runs.

The Commodores wasted no time in answering. Loftus led off the top of the fourth frame with a single to short and Harris’s sacrifice bunt moved the runner over to second. Reynolds brought him home with a single and, although a Demperio fielding error allowed Liddle to reach base, Casali grounded into the double play that kept the score 7-1.

A Peter Verdin single and a Levi Hyams walk with two outs away in the bottom of the inning came to nothing and the only Commodore hit in the upper half of the fifth canto was a leadoff home run by Westlake to build on the Vanderbilt lead. Although a Colby May single, a Reynolds fielding error, and a Massanari walk enabled the Diamond Dogs to load the bases with one out in the home half of the stanza, Lewis struck out and Allen grounded out to strand all three baserunners. 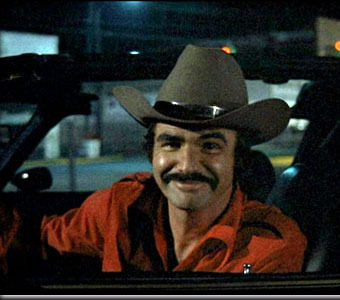 Commodore second baseman Riley Reynolds managed only a lone hit in five at-bats, which did not give his uncle, Burt, much reason to smile.

Neither team produced a baserunner in the sixth frame, but the visitors went back on the offensive when Justin Earls took over the hurling duties in the top of the seventh inning. Liddle led off with a single, Casali was plunked, and Westlake walked to put three men aboard for Giobbi, who hit into the fielder’s choice that brought home a run. Esposito sent a base hit up the middle to plate another, but the Vanderbilt third baseman was caught stealing and White went down swinging to halt a two-hit, two-run canto.

A pitching switch from Sonny Gray to Jack Armstrong allowed the home half of the stanza to begin auspiciously for the Diamond Dogs, as Cerione drew a leadoff walk, stole second, and, after May struck out swinging, swiped third, as well. Rich Poythress drew a base on balls to put runners at the corners and Massanari followed that up with the walk that put Georgia in the same situation (three men on with one man out) the Classic City Canines had faced, and squandered, in the fifth inning. They wasted the opportunity again on a strikeout and a groundout.

The pitching responsibilities were turned over to Cecil Tanner in the top of the eighth frame and the Georgia reliever extracted flyouts from each of the three batters he faced. Zach Cone led off the bottom of the stanza with a walk and advanced as far as third on a pair of groundouts before Cerione struck out swinging to strand him.

Liddle led off the visitors’ half of the final frame with a walk and took second on a wild pitch, but his teammates left him there. Adam Fuller was plunked in the initial plate appearance of the Classic City Canines’ final turn at bat and Poythress moved him over to third with a single. After Massanari walked to load the bases, Lewis grounded into a run-scoring double play and Allen flied out to complete a dismal 10-2 setback. 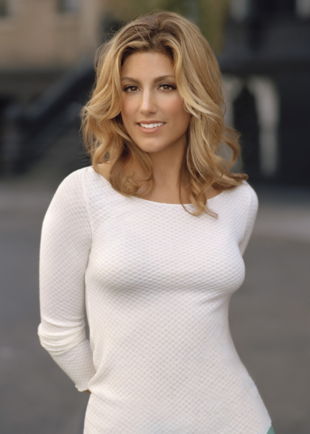 Vandy third baseman Jason Esposito tallied two R.B.I. on a couple of hits in four at-bats. She also was the best reason to watch "Spin City" after Paula Marshall left the show.

Although a bullpen that has been prone to late-game meltdowns allowed only two hits, two walks, and two earned runs in the last three frames, it was already too late by that point. In six innings’ worth of work, Trevor Holder surrendered nine hits, two walks, and six earned runs while notching only two strikeouts against the Commodores. The one real ray of sunshine for the pitching staff on Friday night was Cecil Tanner, who retired six of the seven batters he faced, struck out two, and did not give up either a hit or a run. Tanner entered the contest with a 3-1 record and a ratio of 36 strikeouts to 17 walks.

Michael Demperio, on the other hand, came into the game as a .250 hitter and a .941 fielder. Among Diamond Dogs with at least 30 starts this season, Demperio’s batting average was the lowest (by 36 points), his 13 R.B.I. were the fewest (by ten runs), and his eleven errors were the most (with only one other regular starter having more than seven miscues). On Friday night, the Georgia second baseman was charged with a pair of errors and was replaced with a pinch hitter before his second plate appearance. With all due respect to Michael Demperio, what is he still doing in the starting lineup at this point?

I have similar doubts about Matt Cerione as a leadoff hitter. Although I am a huge fan of Cerione for his fiery leadership of the club and his flawless fielding (one error in 83 chances prior to Friday night), he is impatient at the plate, as evidenced by the fact that, through last Sunday, Cerione had 33 strikeouts, 15 walks, and a .389 on-base percentage. The Georgia center fielder’s .319 batting average coming into the first game with the Commodores was comparable to Johnathan Taylor’s .324 average, but Taylor arrived at Foley Field on Friday having struck out 19 times, walked 19 times, and gotten on base a little over 45 per cent of the time. Cerione walked once, got one hit, and struck out three times on Friday.

These, though, are just details. The fact is that, after some much-needed rest, the Red and Black welcomed a mediocre Vanderbilt squad to Athens and proceeded to be out-hit 11-4, to be outscored 10-2, and to commit a pair of errors to extend the Georgia losing streak to seven games. Can anyone articulate a reason why I should not have ended the preceding sentence with the words "and counting"?