Because the season really started to unravel when the Diamond Dogs lost to L.S.U. on Palm Sunday, when we Methodists had purple paraments on display, I was feeling good about the notion of the Red and Black taking the field on Pentecost. Alas, Ol’ Lady Luck was at church instead of at the ballpark, as Georgia suffered the greatest ignominy that may befall an S.E.C. team in any sport; viz., a loss to Ohio State.

The Classic City Canines got off to a good start when Zach Cone led off the visitors’ half of the first inning with a home run, but the next three Bulldog batters all registered outs. Jeff Walters walked Zach Hurley at the outset of the bottom of the frame, but the Buckeye left fielder was caught stealing and the next two O.S.U. batters went down swinging.

Georgia built on its lead in the top of the second stanza, when Colby May sent a one-out single through the left side and moved into scoring position on a balk. A base hit by Joey Lewis scored the Red and Black third baseman and, after Levi Hyams walked and Michael Demperio reached on a fielder’s choice, Cone homered for the second time to make it a 5-0 ballgame.

It looked like another laugher was in the works, but Ohio State had an answer in the home half of the canto. Ryan Dew recorded a first-pitch single with one out away before advancing two bases on a pair of wild pitches. Justin Miller walked to put runners at the corners and Michael Arp punched a single through the left side to plate a run. Ohio State right fielder Michael Arp went one for two with two R.B.I. and two walks on Sunday afternoon, which wasn’t bad for a wounded technical sergeant who soon will be able to utter only the syllable "ar."

Tyler Engle was plunked to load the bases for Matt Streng, who drove in a run with the base hit that forced Walters from the mound. Will Harvil came in from the bullpen and got Hurley to hit into the fielder’s choice that scored Arp. Cory Kovanda went down swinging to end a three-hit, three-run inning. The score now stood at 5-3.

In the top of the third stanza, Rich Poythress drew the walk that made him the only Diamond Dog not to fly out in the frame, then Michael Stephens cut the lead to one with an inside-the-park home run to lead off the bottom of the canto. A one-out Dew double and a single by Miller put two men aboard before the Buckeye designated hitter was caught stealing. An Arp walk on a payoff pitch was followed by the throwing error by May that allowed Miller to come home. By the time Streng grounded out, the game was tied at five runs per side.

From there, the game became unfortunately emblematic of the season for which it represented the culmination, as a strong start rapidly unraveled. Hyams’s one-out single in the top of the fourth frame was matched by Demperio’s base hit in the next at-bat . . . but the lead runner was hit by the ball and called out for interference to turn a two-on-and-one-out situation into a one-on-and-two-out situation. Cone lined out to conclude the canto.

After allowing a leadoff single to Hurley and a baserunner-advancing sacrifice bunt to Kovanda in the bottom of the inning, Harvil was taken from the game after being struck by a batted ball and replaced on the hill by Justin Earls. After a fielding error by Hyams allowed Stephens to reach first and Hurley to reach third, the new Georgia hurler gave up an unearned run on a groundout. A Dew single added another run, so, by the time Miller hit into a fielder’s choice, Ohio State had taken a 7-5 lead. 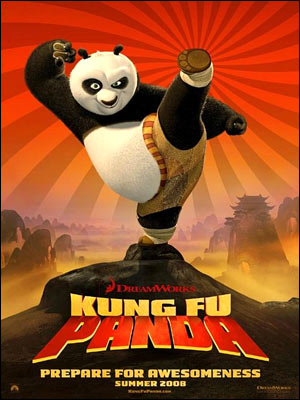 Buckeye designated hitter Ryan Dew went four for five with an R.B.I. and a stolen base. Also, the Dragon Warrior can survive for months on the sustenance provided by Dew and the energy of the universe.

Peter Verdin led off the top of the fifth frame with a first-pitch single, but he was caught stealing when Lyle Allen struck out and the baserunner was thrown out in a de facto double play. Mercifully, the Diamond Dogs did not give up another run in the bottom of the canto, although Arp’s leadoff walk, Engle’s sacrifice bunt, and a passed ball allowed him to reach third before Streng went down swinging and Hurley flied out to center field.

Georgia pulled within a run of Ohio State in the top of the sixth stanza with a one-out solo shot by Lewis, but nothing came of the rest of the inning, as Demperio was caught stealing after being hit by a pitch. A Stephens single in the home half of the frame was erased by a double play.

Cone led off the upper half of the seventh canto with a base hit, swiped second, and advanced to third on a sacrifice bunt by Johnathan Taylor, but, after Allen walked, an O.S.U. pitching switch resulted in the retirement of the next two Bulldog batters. A close contest then got out of hand in the bottom of the inning.

Dew led off with a single and stole second. Miller reached on the fielding error by Earls that brought Dean Weaver in from the bullpen. Arp’s sacrifice fly plated Dew and Engle’s double put two men in scoring position. After Streng grounded out and Hurley was issued an intentional walk, Kovanda sent Weaver’s next pitch into left field to bring home a pair of unearned runs. Before Dan Burkhart struck out looking, Stephens sent a home run to center field to plate three more and make it a 13-6 contest. 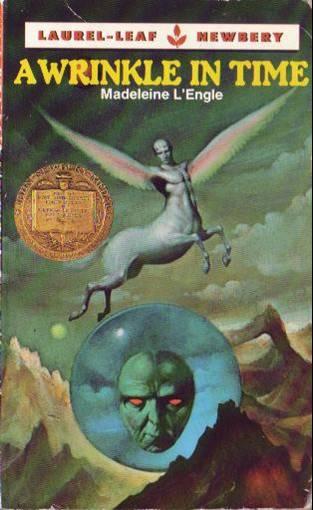 The Red and Black registered a trio of strikeouts in the top of the eighth stanza and Cecil Tanner retired the side in sequence in the home half of the inning. The visitors’ half of the ninth canto saw Cone reach base on a first-pitch single with one out away, but Taylor sent the next pitch to second base for the fielder’s choice that cut down the lead runner and Allen stared at strike three to conclude a 2008-’09 scholastic year that has been exceedingly disappointing for Georgia sports teams fielding players with Y chromosomes.

Inept fielding cost the Classic City Canines a second shot at Florida State, which demonstrated the relative inferiority of Big Ten baseball by laying a 37-6 whipping on Ohio State in the afternoon outing. If Georgia had played error-free baseball on Sunday afternoon, Georgia would have been playing the Seminoles on Sunday night, plain and simple.

If you’re the sort of person who prefers to look at the glass as half-full, there’s a lot to feel good about with respect to the 2009 season. The Diamond Dogs went 38-24, set a new school record with 109 home runs, and made the N.C.A.A. tournament field in an odd-numbered year for the first time in the David Perno era with a team that featured significant contributions from six freshman position players (Zach Cone, Chase Davidson, Levi Hyams, Colby May, Johnathan Taylor, and Peter Verdin) and three freshman pitchers (Chase Hawkins, Michael Palazzone, and Cecil Tanner), so the future certainly looks bright.

While I’m sure I’ll come around to that viewpoint by next February, for now, I am going to sit and stew for a while over the fact that a young team charged out of the gate with a 25-4 start and fizzled down the stretch to finish 13-20. I could have used youth as an excuse for a 13-20 start followed by a 25-4 finish, but how is a conscientious Georgia fan to justify the reality of the 2009 campaign as anything other than a collapse?