Following a dominant performance in their opening outing, the Diamond Dogs returned to action on Saturday against Florida State in the Tallahassee Regional. In a pitchers’ duel that got out of hand for the Red and Black at the end, the Seminoles pulled away to claim an 8-2 victory.

F.S.U. starter Sean Gilmartin retired the Classic City Canines in sequence on a strikeout, a groundout, and a flyout in the visitors’ half of the first frame. Trevor Holder, who had a solid day on the hill overall, got off to a rocky start in the bottom of the canto when he walked Tyler Holt, surrendered a single to Stephen Cardullo, struck out Mike McGee while allowing a stolen base to put two runners in scoring position, and conceded the sacrifice fly to Jason Stidham that scored a run.

Once Stuart Tapley was plunked and Tommy Oravetz was issued a base on balls, Ohmed Danesh grounded out to strand three. No Diamond Dog made it as far as first in the top of the second stanza but Rafael Lopez sent a one-out single into right field and advanced to third on a Holt double. After Cardullo turned the first pitch he saw into a foulout, a McGee double and a Stidham single combined to bring home three runs. Following a first-pitch single by Tapley, Oravetz went down swinging, but F.S.U. already had all the runs they would need.

Georgia went three up and three down in the top of the third frame and the Seminoles made some noise in the home half of the canto (in the form of a one-out Mike Meschke single and a two-out Holt single) but failed to add to their lead. The Classic City Canines at long last got on the board when Peter Verdin dropped a one-out double into right center field in the top of the fourth stanza and Rich Poythress belted a two-run shot to halve the F.S.U. edge. 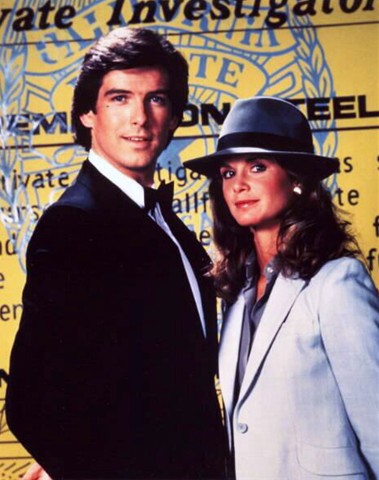 F.S.U. leadoff hitter Tyler Holt went three for four on Saturday, with a walk and a stolen base, which just goes to show that she was the real brains behind Remington Steele.

Holder set down the Seminoles in order in the bottom of the inning and Colby May was the only batter for either team to register anything other than an out in the fifth frame. The sixth canto saw no baserunners at all and the seventh stanza produced one for each side: Joey Lewis reached on a fielding error in the Bulldogs’ turn at the plate and Tapley registered a double in Florida State’s time in the batter’s box.

The top of the eighth frame appeared promising for the Diamond Dogs, as a one-out Michael Demperio single and a two-out Verdin single brought the would-be go-ahead run to the plate in the form of Bryce Massanari. Unfortunately, the Red and Black catcher fouled out to strand his two teammates.

After Meschke drew the one-out walk that brought Will Harvil to the mound in the bottom of the inning, Lopez struck out to give the Georgia faithful cause for confidence that the Classic City Canines would have a final shot at victory. Unfortunately, it was then that the wheels came off, as Holt and Cardullo turned consecutive base hits into a run. Both remaining baserunners moved into scoring position on a double-steal and McGee walked the bases full to allow Stidham to bring home three runs with a bases-clearing triple. By the time Tapley went down swinging, the Seminoles had increased their lead to an insurmountable 8-2.

The Diamond Dogs went quietly on a flyout, a foulout, and a groundout in the top of the ninth canto to conclude a contest in which Trevor Holder pitched well enough to win. The Red and Black starter lasted more than seven innings, in which he gave up nine hits and three walks to 35 batters while striking out seven and surrendering five earned runs. He simply was outdueled by Sean Gilmartin, whose complete-game gem saw him strike out six, walk none, and concede only five hits and two earned runs.

Good pitching beats good hitting, and Florida State had very good pitching on Saturday afternoon. Gilmartin threw first-pitch strikes to 22 of the 33 batters he faced, which allowed the Seminoles to overcome their poor fielding. Because the Buckeyes eliminated Marist, the Diamond Dogs will face Ohio State a second time at noon on Sunday.