Share All sharing options for: Diamond Dogs Eliminated in 3-2 Loss to Top Seed L.S.U. in Hoover

As you know, Georgia got two shots at top-seeded L.S.U. on Saturday. For obvious reasons, we’re pretty much going to gloss right over the first one and get straight to the second one.

The early outing between the Diamond Dogs and the Bayou Bengals began at 2:45 p.m., essentially as scheduled, but a rain delay began within the first fifteen minutes and lasted until almost 7:30 p.m. Nevertheless, the game effectively was over before the Bulldogs came up to bat.

Alex McRee, who was expected to be the Classic City Canines’ ace in the hole against a Louisiana State lineup that has struggled with southpaws, lasted two-thirds of an inning, in which he surrendered five hits, one walk, and seven earned runs. He was succeeded on the hill by Steve Esmonde, who lasted four frames while allowing nine hits, one base on balls, and six earned runs.

The Fighting Tigers thrashed the Red and Black in a 16-0 rout, out-hitting the Diamond Dogs by a 15-3 margin and playing flawlessly in the field while Georgia committed three errors. The box score, for those of you who can stomach it, is as follows:

The Athenians snapped out of their offensive funk in the first at-bat of the second game when Zach Cone led off the top of the first canto with a double down the left field line. Matt Cerione followed that up with a base on balls and Rich Poythress moved the Georgia left fielder over to third with a foulout. Once Bryce Massanari walked to load the bases, Lyle Allen sent a sacrifice fly into left field to score Cone. By the time Joey Lewis grounded out, Georgia held a 1-0 lead.

Jeff Walters preserved that scant advantage in the bottom of the inning when he gave up only a two-out double to Blake Dean before extracting a groundout from Micah Gibbs. After the Red and Black were retired in sequence in the visitors’ half of the second stanza, the Bayou Bengals registered back-to-back two-out singles by D.J. LeMahieu and Tyler Hanover in the home half of the frame. Austin Nola was thrown out at first in the ensuing at-bat.

Georgia went three up and three down in the upper half of the third inning before L.S.U. came to life in the lower half of the canto. Ryan Schimpf drew a one-out walk and Dean brought him home with a double. The Louisiana State designated hitter was thrown out trying to take third and Gibbs grounded out to end the one-hit, one-run stanza that tied the game. 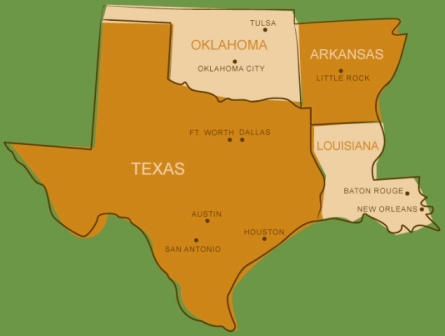 In Saturday’s decisive showdown, L.S.U. shortstop Austin Nola had no walks, no hits, and no R.B.I., which did a disservice to both of the cities for which he is named. (Reportedly, his brother, Greenville Batonrouge, called him after the game and said, "This is why you’ll never have a Drive-By Truckers song named after you.")

After no Diamond Dog reached base in the top of the fourth frame, Walters issued the leadoff walk to Mikie Mahtook that brought Will Harvil to the hill. The Georgia reliever coaxed groundouts from the next three L.S.U. batters to strand the baserunner. The side was retired in order in the visitors’ half of the fifth inning to set up a scoring outburst by the Bayou Bengals in the home half of the canto.

Leon Landry sent a one-out single into right field and Michael Palazzone came in from the bullpen. The latest Bulldog hurler walked Schimpf and Dean in succession to load the bases before surrendering the single to Gibbs that scored two runs and broke the deadlock. Palazzone was allowed to strike out Mahtook ere Justin Earls arrived on the mound. He, too, issued a base on balls to put three men aboard before persuading LeMahieu to hit into an inning-ending fielder’s choice.

The Diamond Dogs once more broke out of a scoring slump starting with a leadoff double down the left field line off the bat of Cone, which came this time at the outset of the top of the sixth stanza. A Cerione groundout was followed by a Poythress walk. Massanari smacked a single into left field to plate the Georgia left fielder and cut the lead to one run. A pair of L.S.U. pitching switches resulted in Allen reaching on a fielder’s choice and Lewis grounding out with the tying run on third base.

In the bottom of the canto, Hanover led off with a single, took second on a Nola sacrifice bunt, and threatened to score on a Landry single but was tagged out at home on a throw from Cerione to Massanari. Cecil Tanner was sent in to coax the final flyout from Schimpf. 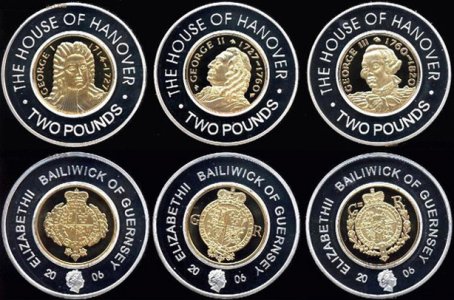 Louisiana State third baseman Tyler Hanover went two for three in the late game on Saturday, but, because he did not bat in a run, his likeness will not appear on any British money.

Down by one run in a weather-abbreviated outing, the Diamond Dogs came up to bat in the top of the seventh frame and got their last chance off to a good start when Colby May led off with a single up the middle. Unfortunately, Levi Hyams sent a double-play ball to second base and Robbie O’Bryan fouled out to conclude the contest.

Obviously, it’s disappointing to lose, although the Diamond Dogs showed considerable grit even in getting to Saturday, a feat which surely secured a spot in the N.C.A.A. regional which was looking a bit iffy down the stretch. After getting walloped in Saturday’s opening game, the Red and Black bounced back to make a game of it in the nightcap.

Particularly impressive was the performance of Jeff Walters, who was pressed into service as the starter after the Alex McRee stratagem (which I thought was a wise move on David Perno’s part) backfired in such spectacular fashion. Walters struck out two, walked two, and gave up four hits and one earned run in three innings’ worth of work. The bullpen conceded four hits, three walks, and two earned runs in the final three frames.

Zach Cone did fine work from the leadoff spot, going two for three and scoring a pair of runs, but the next five hitters in the Georgia order (Matt Cerione, Rich Poythress, Bryce Massanari, Lyle Allen, and Joey Lewis, respectively) went one for eleven with two R.B.I. and three walks between them. Even solid pitching and errorless fielding cannot overcome that kind of anemic hitting, although you have to admire a squad for getting out-hit 8-4 yet only losing 3-2. Now we are left to wait and watch---it’s in the Classic City Canines’ interests for L.S.U. to bump off Vanderbilt this afternoon---and see where the Red and Black wind up in regional competition.