Doubleheaders have not been kind to the Diamond Dogs in 2009. Georgia suffered consecutive losses to Alabama on March 14, dropped the opening outing of a two-game set with Winthrop on April 8, and came up short in back-to-back one-run games against the Gators on Saturday to fall behind Florida in the S.E.C. standings.

After a scoreless first frame in which the Saurians’ Jonathan Pigott was the lone baserunner, Teddy Foster broke the deadlock with a two-out solo shot to right field in the top of the second stanza. In the home half of the canto, the Red and Black went three up and three down for the second time in as many innings.

An uneventful third frame was followed by a two-out two-run shot off the bat of Buddy Munroe in the upper half of the fourth inning to give the Gators a 3-0 lead. The Classic City Canines at long last offered a retort in the bottom of the stanza, thanks to a one-out Colby May single, a two-out Bryce Massanari home run, a Joey Lewis walk, and a run-scoring Lyle Allen double.

Florida did not take this response lightly, as Avery Barnes led off the visitors’ half of the fifth frame with a bunt single, swiped second, and took third on a wild pitch. After Josh Adams drew a base on balls, a Massanari error scored the Gator left fielder and a passed ball allowed the Orange and Blue second baseman to advance, as well. Matt den Dekker’s bunt single plated Adams and drove Alex McRee from the mound. Michael Palazzone managed to secure the final out, but not before another error. The visitors led 5-3. 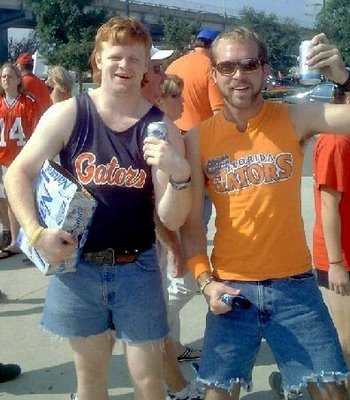 I hate losing to these Gator people.

No Athenian reached base in the bottom of the inning, but a Mike Mooney walk, a Barnes triple, and a Preston Tucker single tacked on two more Gator runs in the top of the sixth canto. The Bulldogs bounced back on a Rich Poythress single and a Lewis home run to make it 7-5. Once Florida had been held scoreless in the seventh stanza, Georgia had a chance to take the lead in the home half of the frame.

Peter Verdin led off with a base hit and Levi Hyams was plunked to put two men aboard. A Michael Demperio bunt single loaded the bases with no one out and forced Greg Larson from the game. Nick Maronde came on and extracted a strikeout from Matt Cerione, a sacrifice fly from May that traded a run for an out, and a Poythress pop-up to end the threat.

Although the gap had been narrowed to 7-6, the Diamond Dogs’ inability to bring more than one run home with three men on and no one out essentially signaled the end of the contest. A two-out walk by Pigott and a leadoff walk by Massanari marked the only two plate appearances of the eighth frame not to end in outs and a leadoff single by Adams in the top of the ninth stanza came to naught.

When the Red and Black were retired on a foulout, a flyout, and a strikeout in the home half of the final canto, the Gators notched a 7-6 victory in a game in which they out-hit their hosts (10-7) and committed no errors to the Athenians’ two. Although McRee walked two and struck out eight in a little under five frames’ worth of work, he allowed seven hits and gave up four earned runs. 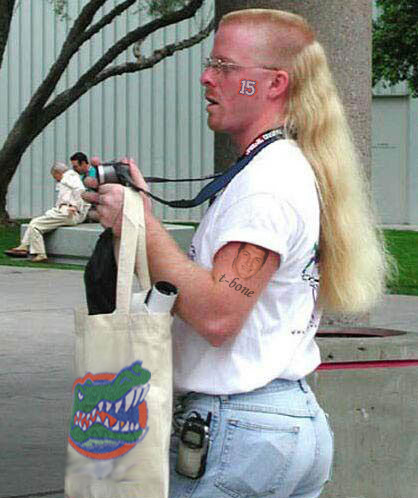 I hate losing to these Gator people.

The Florida bullpen allowed only two hits, one walk, and one run, earned or otherwise. Cerione struck out twice and notched neither a hit nor a walk in five at-bats in the leadoff spot. No Bulldog batter tallied more than one hit and the hard-hitting Poythress did not bat in a run.

As if dropping that one-run decision to the Gators had not been deflating enough for one afternoon, Georgia proceeded to resume Friday’s postponed game, in which the Diamond Dogs had squandered an 8-0 lead to find themselves in a tie game with one man out and one man on in the bottom of the ninth canto.

That ratio of outs to baserunners changed when Allen was caught stealing, so the contest went to extra innings once Robbie O’Bryan flied out to left field. In the top of the tenth frame, den Dekker sent a one-out single down the left field line and stole second following a Jerico Weitzel flyout. Pigott grounded out to strand the Gator center fielder.

Amid a flurry of Florida pitching switches in the bottom of the inning, a one-out double by Demperio went to waste when Cerione flied out and Poythress went down swinging. The Orange and Blue began the eleventh stanza with consecutive flyouts before a Barnes double followed by a Tyler Thompson single broke the deadlock. 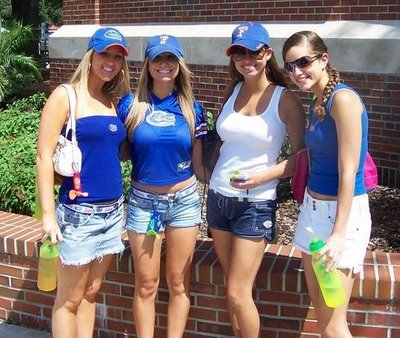 I hate . . . all right, some of these Gator people have their moments, but, still, I hate losing to them.

Now down by a run in a game in which they had led by eight, the Diamond Dogs went quietly in the home half of the canto. Massanari struck out swinging, Lewis struck out looking, and Allen flied out to give the Gators the series victory, the division lead all to themselves, and their second one-run win of the afternoon.

As bad as Saturday’s initial defeat was, the weekend’s second setback in the postponed first game was worse. In the afternoon’s scheduled outing, the Diamond Dogs played even with their guests for the final seven stanzas, matching the Gators’ six runs on seven hits with six runs on seven hits of the Red and Black’s own after the second inning.

The contest continued from Friday, though, was an unmitigated disaster and a meltdown on a par with Wednesday’s embarrassment against Jacksonville State. Georgia built up an eight-run lead at home, played errorless baseball, notched nine runs on 15 hits, and forced Florida to strand a whopping 14 baserunners, but it still wasn’t enough to secure the victory in a game in which Bulldog batters struck out 14 times and Saurian sluggers drew four times as many walks as the home team.

This team is in a tailspin. The Diamond Dogs have lost five straight contests, the Gators have won seven in a row, and the best that the Red and Black can hope for from Sunday’s skirmish is the win that will put the Athenians in a tie with Florida in the conference standings. While David Perno’s clubs have pulled out of late-season slumps before---2008 springs to mind in that regard---the present reality is that the Bulldogs are fading while the Saurians are peaking, so a second consecutive S.E.C. series sweep by the Orange and Blue appears all but certain.