Share All sharing options for: Why College Teams Should Play Tough Non-Conference Opponents

While I’m sure my good friends at Garnet and Black Attack will disagree with this statement, I believe we all could benefit from following the example of Clemson. More specifically, we would do well to emulate Frank Howard.

Between 1930 and 1957, the Country Gentlemen began 28 straight seasons by facing tiny Presbyterian College at Fort Hill. The Blue Hose rarely managed to score the upset and Clemson usually beat P.C. by lopsided margins. (It was a coach of the Blue Stockings who gave Memorial Stadium the nickname "Death Valley.") The problem was that these glorified early-season scrimmages did little to prepare the Tigers for the more daunting teams on their slate.

Coach Howard’s 1957 club began the campaign by throttling Presbyterian 66-0. One week later, Clemson traveled to Chapel Hill to begin A.C.C. play and suffered a 26-0 setback at North Carolina. Before the game had even ended, Coach Howard had turned to one of his assistants and remarked, "I ain’t playing P.C. no more. Those guys don’t even know they got hit last week. That game sure didn’t help on this one here."

Frank Howard dropped Presbyterian from the Tigers’ schedule and arranged for Clemson to play three straight conference games to start the 1958 season. The Country Gentlemen won all three by margins of five, five, and eight points, respectively. The Orange and Purple went on to win the A.C.C. championship, earn a bid to the Sugar Bowl, and finish ranked twelfth in the A.P. poll. 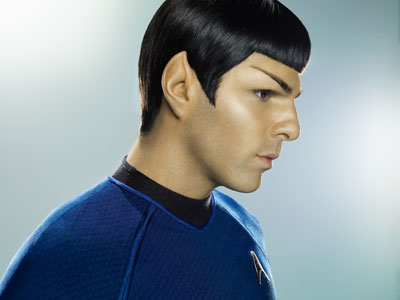 You don’t have to have been accepted to the Vulcan Science Academy to be able to figure out the cause and effect relationship at work there.

The Tigers proceeded to open each of the next five seasons by playing road games against teams from major conferences, taking on North Carolina at Chapel Hill in 1959, Wake Forest at Winston-Salem in 1960, Florida at Gainesville in 1961, Georgia Tech at Atlanta in 1962, and Oklahoma at Norman in 1963. Between 1966 and 1968, Coach Howard’s Clemson clubs played non-conference games against Alabama (thrice), Auburn (twice), Georgia (twice), Georgia Tech (thrice), and Southern California, of which eight were on the road. The Country Gentlemen went 16-2-1 in A.C.C. play in those three seasons.

The moral of the story is clear. Challenging non-conference schedules prepare a team for the rough-and-tumble free-for-all of league play. Opening the fall against serious competition provides focus to a team’s offseason and requires players to be ready to play from the first snap. This has been the unmistakable trend of the Mark Richt era at Georgia. Contrast this . . .


Given the clear lesson of those results, we should ask ourselves what we ought to expect from a baseball season that begins like this . . .

The former season, in case the point is not clear, ended in the College World Series finals. The latter season is circling the drain even as we speak. Which would you prefer?