After opening the final series of the season with a Thursday night road loss to South Carolina, the Diamond Dogs sought to redeem themselves in Columbia on Friday evening but came up well short in a 7-4 setback that was nowhere near as close as the score suggested.

After Peter Verdin and Matt Cerione struck out in succession at the commencement of the visitors’ half of the first frame, Rich Poythress drew a walk on a payoff pitch to become the first baserunner of the game, but Bryce Massanari turned Nolan Belcher’s next throw to home plate into the out that ended the Red and Black’s turn at bat. Whit Merrifield opened the bottom of the canto by striking out and Alex McRee plunked DeAngelo Mack before giving up a two-run shot to Nick Ebert. The next two Gamecock batters registered outs, so the home team led by two after one.

A two-out double by Colby May in the top of the second stanza marked the first Georgia hit, but Levi Hyams’s subsequent lineout sent the contest to the bottom of the inning, in which Parker Bangs drew a one-out walk and took second on a wild pitch. A Bobby Haney single put runners at the corners and, after Scott Wingo struck out, Merrifield notched a base hit to plate a run. Mack went down swinging, yet still the Gamecocks led 3-0.

Miles Starr was hit by a pitch in the top of the third frame and he swiped second after Verdin struck out swinging. Although Cerione also struck out, he reached base on the passed ball that allowed Starr to advance to third. Poythress’s sacrifice fly ultimate allowed South Carolina to turn two, but not before Starr had scored an unearned run. 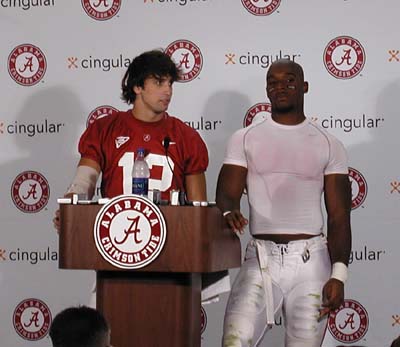 While some fans of Crimson Tide quarterback John Parker Wilson (including, apparently, the parents of South Carolina’s designated hitter and relief pitcher) want to see the famous "Bama Bangs" renamed the "Parker Bangs," aficionados of the Alabama ‘do know that rechristening them the "Croyle Bangs" is much more likely.

The undeserved score that allowed the Diamond Dogs to cut the deficit to 3-1 was answered in the home half of the canto, when Ebert was walked, Jackie Bradley, Jr., was plunked, and Justin Dalles scored three with a home run to left field. That did not end the threat---Bangs added a single and Wingo drew a walk---but the remaining Gamecock batters tallied the requisite trio of outs.

Now down 6-1, the Red and Black returned to the plate in the upper half of the fourth frame and came away with nothing to show for their efforts except a one-out walk by Joey Lewis. This did not deter the home team from continuing its onslaught, as the Palmetto State Poultry opened the bottom of the canto with a Mack triple, an Ebert walk, and a run-scoring Bradley single.

This marked the end of the line for McRee, whose final stat line would show four strikeouts, four walks, seven hits, and seven earned runs in three frames after his successor on the hill, Will Harvil, struck out Dalles and coaxed a flyout from Andrew Crisp. Lewis ended the inning with the throw to first that caught Bradley napping and opened the door for the Red and Black.

Back-to-back one-out base hits by Starr and Verdin, coupled with a Wingo throwing error, put two Classic City Canines in scoring position, but the next two Diamond Dogs tallied strikeouts. Bangs began the bottom of the stanza with a base hit, but the South Carolina designated hitter’s time on the basepaths ended when Haney reached on a fielder’s choice and the Gamecock shortstop’s stay there concluded when Lewis caught him stealing. Wingo grounded out to bring the Red and Black back up to the plate. 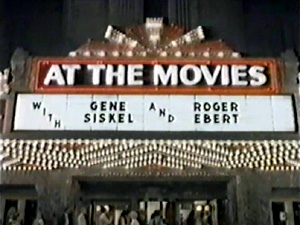 Gamecock first baseman Nick Ebert batted in two more runs against Georgia on Friday, which is pretty impressive for a guy who spends all his time watching movies.

Lewis drew a one-out walk in the top of the sixth canto and Zach Cone advanced him to second on a groundout, but May went down swinging to strand him. In the bottom of the inning, Mack singled to center field and Ebert was hit by a pitch to put two men aboard with one out and Bradley grounded out to advance both baserunners. Dalles struck out to become the first victim of Cecil Tanner, who had come on in place of Harvil after the initial Bulldog reliever of the evening struck out one, walked none, allowed two hits, and gave up no earned runs in two and two-thirds innings. (O.K., FisheriesDawg was right.)

Johnathan Taylor drew a two-out walk in the upper half of the seventh stanza after Bangs succeeded Belcher on the mound. The South Carolina starter had gone six and one-third innings, in which he struck out eleven, walked three, allowed three hits, and gave up no earned runs. Bangs kept the good times rolling for the home team by striking out Cerione.

After retiring the first two batters he faced in the home half of the frame, Tanner walked Haney, plunked Wingo, and walked Merrifield to load the bases. Mack struck out to strand them. Poythress’s first-pitch single in the visitors’ half of the eighth canto was negated when Massanari grounded into a double play, but a Lewis walk and a Cone single put two men aboard for May, who smacked a double to left field to plate a pair of runs. Michael Demperio thereafter struck out looking.

A one-out walk by Bradley and a two-out walk by Crisp were all the Gamecocks had to show for the bottom of the stanza. Taylor led off the top of the ninth inning by drawing a base on balls and stealing second. Following a Cerione strikeout (his fifth of the game) and a Poythress groundout, Massanari singled to right field to score a superfluous run, so, when Lewis (who had a great game defensively) grounded out, the Diamond Dogs had secured a box score in which South Carolina’s 7-4 lead in runs and 9-7 lead in hits made it appear erroneously as though Georgia had lost a close one.

The Diamond Dogs can’t win for losing. The Red and Black eliminated the errors altogether and the bullpen delivered five frames of scoreless relief, yet the Classic City Canines still couldn’t get the job done due to the home team’s stellar starting pitching. You want analysis? I’m tired, this stinks, and I don’t think Georgia will win another baseball game this season. How’s that for analysis?