Because the S.E.C. baseball tournament begins next Wednesday, the Diamond Dogs’ weekend series with South Carolina began in Columbia on Thursday night. Unfortunately, all Georgia did was get a head start on coming up short in another league series, as the Gamecocks pulled away to post a 7-2 victory over the Red and Black.

Matt Cerione answered some of my criticisms of his performance as a leadoff hitter by stepping up to the plate for the initial at-bat in the top of the first inning and driving a home run to left center field to give the visitors an immediate 1-0 lead. The Red and Black tried for more, as Rich Poythress sent a one-out first-pitch single into center field and Bryce Massanari followed that up with a walk in the ensuing plate appearance.

After Sam Dyson sneaked a called third strike by Lyle Allen, Joey Lewis loaded the bases for Zach Cone with a first-pitch single, but the Georgia right fielder also stared at strike three to strand a trio of his teammates. Whit Merrifield singled off of Trevor Holder in the opening at-bat of the home half of the frame and took second on a wild pitch before a flyout, a strikeout, and a pop-up left him in scoring position.

After no Athenian reached base in the upper half of the second stanza, Justin Dalles kicked off the bottom of the canto with a game-tying home run. Although a throwing error by Levi Hyams and a walk put two men aboard with one out away, the next two Gamecock batters registered outs to leave them where they were.

In addition to going one for three with a home run on Thursday night, South Carolina catcher Justin Dalles also inspired the second "Dallas" reference in as many game reports this week. Weird.

A second straight hitless inning for the Classic City Canines in the top of the third frame brought the Palmetto State Poultry back up to the plate for the lower half of the stanza. Jackie Bradley, Jr., drew a one-out walk on four pitches and Nick Ebert made Georgia pay with a two-run shot to left field. The next two South Carolina batters notched outs to end a one-hit, two-run canto.

The Red and Black answered with Allen’s leadoff home run in the visitors’ half of the fourth frame, but no other Georgian advanced as far as first base and the home team went three up and three down in the bottom of the inning. Neither team produced a baserunner in the fifth canto and all three Bulldog batters were retired in sequence in the top of the sixth stanza.

Ebert was plunked to start the bottom of the inning and a sacrifice bunt by Dalles moved him over to second, but the South Carolina first baseman stayed put when the next two Gamecock batters struck out and grounded out, respectively. A Bobby Haney fielding error in the top of the seventh frame allowed Hyams to reach first with two outs and thereby become the first Bulldog baserunner of any longevity since the opening canto, but the Georgia shortstop was caught stealing.

Haney led off the home half of the stanza with a base hit and Scott Wingo’s sacrifice bunt attempt put two men aboard when Colby May committed a fielding error. Once Merrifield popped up, a DeAngelo Mack single loaded the bases for Bradley. The Gamecock right fielder lined out and Will Harvil, whose last appearance was somewhat lacking, was brought in to extract the final out with three men aboard. 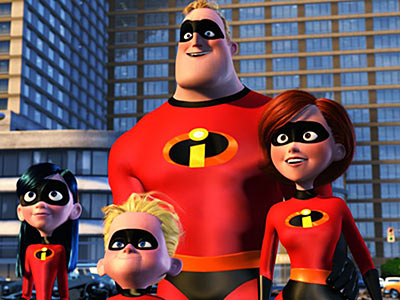 "We’re superheroes. What could happen?"

Instead, Harvil gave up the grand slam to Ebert that turned a 3-2 pitchers’ duel into a 7-2 rout. Although South Carolina held only a 6-4 edge in hits, the home team’s five-run lead meant the game essentially was at an end. The Diamond Dogs generated only a pop-up, a flyout, and a strikeout in the top of the eighth canto, Steve Esmonde retired the side in the bottom of the inning, and the Red and Black went quietly in the ninth frame.

What went wrong for the Classic City Canines? What has gone wrong for the Classic City Canines throughout their recent slide and over the course of much of the season? The Bulldog bats go silent against respectable competition and the combination of error-prone fielding with a shaky bullpen gives opposing squads too many chances. You can pull that sort of stuff against Jacksonville State---O.K., maybe not---but you can’t get away with it against a good conference club.

Trevor Holder lasted six and two-thirds innings---if there was a good reason why he should not have been left on the hill to extract the final out of the seventh stanza from a guy who’d already hit one home run, I am not aware of it and I would ask to be enlightened---and he struck out six, walked two, and conceded five hits and three earned runs. That ought to win you a game.

It doesn’t when you are held hitless in six innings, including the last five frames, though. When solo home runs account for half your hits and you notch one hit in the final eight cantos, you’re not going to win many games. When you’re in a close conference contest on the road, you give a good team an extra out with an error, and your head coach makes a questionable call to switch from your most trustworthy starter to unreliable relief pitching, it’s not going to go your way a good deal of the time, particularly when you’ve already squandered a bases-loaded situation of your own earlier in the outing.

Over the long haul, the law of averages is no man’s friend. When you catch all the breaks in the early season, you need to steel yourself for the inevitable regression to the mean in the late season. This is so, whether we are talking about Johnathan Taylor’s batting average or the Diamond Dogs’ winning percentage. We are reaping what we sowed and this season almost certainly has more losses than wins left in it.