Admittedly, I wasn’t in a very forgiving mood yesterday after the Diamond Dogs lost to Winthrop, but the Classic City Canines had a ready-made opportunity to get back in my good graces with a win over the Eagles in the second game of their Wednesday twin bill. I am pleased to report that Georgia made the most of its second chance.

It didn’t look that way initially, however. Chase Hawkins took the mound in the top of the first canto and surrendered a leadoff single to Cam Walters. Kevin Nolan’s sacrifice bunt advanced the Winthrop center fielder to second and Walters took third when Eddie Rohan was thrown out at first. Fortunately, Eddie Tisdale grounded out to strand the would-be go-ahead run 90 feet from home plate.

The Red and Black were not similarly accommodating in the bottom of the stanza. Colby May drove a two-out double down the left field line and came home on a Rich Poythress single to left field before Joey Lewis flied out to end the inning. In the second frame, back-to-back two-out base hits by Sean Sullivan and Chas Crane were cancelled out when the Eagle right fielder was put out at second base by Miles Starr, and Chase Davidson’s leadoff single up the middle was followed by three consecutive outs.

Matt Thielepape’s game-tying home run in the initial at-bat of the third stanza likewise preceded a lineout, a groundout, and a flyout before the Diamond Dogs came up to the plate in the bottom of the inning and retook the lead for good. 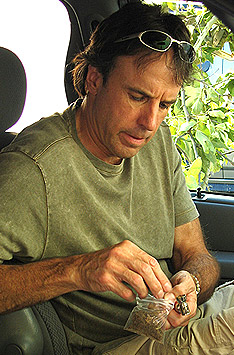 Eagle shortstop Kevin Nolan did not get a hit in the second game of Wednesday’s doubleheader, but he did draw a walk, which isn’t all that bad for a pothead city councilman.

Johnathan Taylor started things off with a single and, after Zach Cone fouled out, May belted a base hit up the middle. A Poythress walk loaded the bases for Lewis, who smacked a grand slam to center field. A Davidson double and a Robbie O’Bryan walk made it appear as though more runs would be pushed across home plate, but Michael Demperio popped up and Starr reached on a fielder’s choice to limit the home team’s tally to four hits and as many runs in the canto.

After no Eagle reached base in the visitors’ half of the fourth inning, Georgia went back to work, once more beginning with a base hit from the bat of Taylor. Once the Bulldog left fielder had stolen second, Cone flied out and May was plunked to bring in a new hurler for Winthrop. Poythress sent a three-run shot to center field before the next two Classic City Canines carded strikeouts.

A two-out Thielepape single went for naught in the top of the fifth stanza when Walters hit into a fielder’s choice and Georgia failed to score in the home half of the frame when a one-out Demperio double and a Starr walk were followed by a pair of strikeouts. Although Justin Earls surrendered a leadoff walk to Nolan in the top of the sixth inning, Rohan reached on a fielder’s choice and Tisdale grounded into a double play to erase the baserunner and end the visitors’ turn at bat.

Lewis’s two-out home run in the bottom of the stanza marked the only Red and Black plate appearance of the canto not to end in a flyout, but the home team still had built up a 9-1 advantage. Jeff Walters retired the side in the top of the seventh inning. While the first two Diamond Dogs to step into the batter’s box in the bottom of the frame notched outs, Georgia generated four runs on a Starr single followed by a Peter Verdin home run and a Cone single followed by a Levi Hyams home run. Poythress went down swinging to conclude the Bulldogs’ second four-hit, four-run stanza of the game. 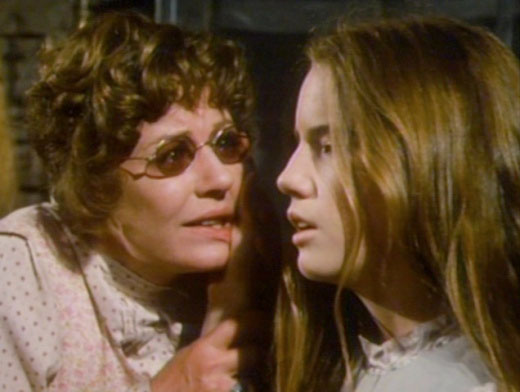 After winning an Academy Award at age 16 for her portrayal of Helen Keller in "The Miracle Worker," Patty Duke went on to play Winthrop right fielder Sean Sullivan in the 1979 television remake, earning an Emmy for her performance.

Will Harvil gave up a leadoff single to Crane in the top of the eighth canto before extracting a flyout from Tony Brunetti and a baserunner-advancing groundout from Tyler McBride. Aaron Bonomi’s base hit up the middle scored a run before Rohan flied out to squelch any semblance of a rally.

Georgia had just a pair of singles to show for the bottom of the inning, but the Eagles lacked even that much production in the top of the ninth frame. Dean Weaver conceded a leadoff single to Tisdale but persuaded Bryan Bogue to fly out, convinced Bryn Henderson to ground out, and elicited the flyout from Sullivan that rendered the home half of the stanza superfluous.

That’s more like it. In an errorless game, the Diamond Dogs out-hit the opposition by a 17-8 margin and scored 13 runs in eight innings on the strength of a trio of doubles and a quintet of home runs, including a pair off of the bat of Joey Lewis. Lewis’s three-hit, five-R.B.I. day was complemented by five frames from starter Chase Hawkins during which he allowed only one earned run.

This is how top-tier teams take care of business against inferior opposition. With road trips upcoming to Kentucky and Ole Miss, and home games hosting Arkansas and Georgia Tech, all before the end of April, the Diamond Dogs will need to be playing their best baseball if they are to survive a murderous run through the S.E.C. Wednesday’s second outing gave cause for hope that the Red and Black are up to the challenge.