It was Palm Sunday, so the paraments were purple as the first pitch was thrown by Justin Grimm to begin the top of the first frame just as church was letting out at noon on Sunday. Louisiana State’s initial batter, Jared Mitchell, sent a single into left field and Ryan Schimpf drew a base on balls. Once Blake Dean had struck out looking, Sean Ochinko loaded the bases with a single to left field and Micah Gibbs’s sacrifice fly plated a run. D.J. LeMahieu reached on a fielder’s choice to conclude a two-hit, one-run canto for the visiting team.

The Diamond Dogs offered a retort in the bottom of the inning, beginning with a one-out walk drawn by Matt Cerione. Rich Poythress’s ensuing double down the left field line brought the Georgia center fielder home and, after the Bulldog first baseman was thrown out on the basepaths, Bryce Massanari’s solo shot to right field made it 2-1 by the time Chase Davidson struck out looking. Each team had tallied a pair of hits in the opening canto.

No player for either team reached base in the second stanza and a leadoff walk to Mitchell in the upper half of the third frame was nullified when Schimpf grounded into a double play. Dean subsequently went down swinging. A two-out double by Cerione was all the Red and Black had to show for the bottom of the inning.

With two men out in the top of the fourth frame, LeMahieu was hit by a pitch and stole second. A Leon Landry double brought him home to tie the game and a Johnathan Taylor error allowed the L.S.U. center fielder to reach third. Mikie Mahtook drew a walk, so Tyler Hanover’s ensuing double plated a pair of runs before Mitchell’s strikeout put a two-hit, three-run canto in the books. The Classic City Canines went three up and three down in the home half of the stanza, so Georgia’s 2-1 lead in runs and 3-2 lead in hits had given way to the Bayou Bengals’ 4-2 edge in runs and 4-3 advantage in hits. 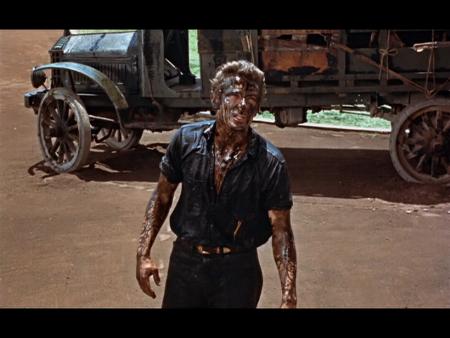 L.S.U. designated hitter Blake Dean struck out twice and neither notched a hit nor drew a walk in Sunday’s game, but he remains an icon of coolness and they probably won’t airbrush him out of that diner painting just for one bad outing.

A two-out walk issued to Ochinko in the top of the fifth frame marked the end of Grimm’s stay on the mound. Will Harvil was brought in from the bullpen and he picked off the baserunner at first. The bottom of the inning began with a double to right field by Colby May and a single by Levi Hyams that put runners at the corners.

Michael Demperio then hit into the fielder’s choice that saw May thrown out at home, but, after Taylor popped up, Cerione put a home run out to left field to bring three men around to score. Poythress thereafter flied out to end the inning in which the Diamond Dogs had taken a 5-4 lead in runs and gone up 6-4 in hits.

Although Gibbs flied out at the outset of the sixth canto, a Davidson error enabled LeMahieu to reach base and a Landy lineout advanced him to third. A Mahtook home run chalked up a pair of unearned runs before Hanover stared at a called third strike. The Bayou Bengals had retaken the advantage by a 6-5 margin.

Georgia managed only a two-out single by Joey Lewis in the bottom of the frame before L.S.U. came back up to bat in the top of the seventh stanza. Justin Earls retired the first two batters he faced yet plunked Dean. Jeff Walters then was brought in and he struck out Ochinko. The Classic City Canines registered a pop-up, a lineout, and a groundout in the home half of the canto. 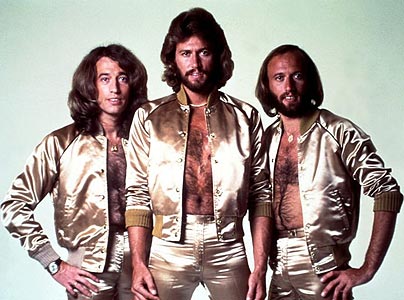 Tiger catcher Micah Gibbs scored a run and batted in a run on Sunday, but even his contribution to an important victory couldn’t erase the sting of his having been excluded from his brothers’ band.

Gibbs walked at the start of the eighth inning and moved over to third on a LeMahieu single. The next two Fighting Tigers registered outs before Hanover dropped a base hit into left field to score a run and bring Dean Weaver to the hill. The Georgia closer extracted a flyout from Mitchell. A two-out Massanari single in the bottom of the frame came to naught, so the Red and Black trailed 7-5 in runs despite leading 8-7 in hits.

The visitors were retired in order in the top of the ninth canto and the home team got its final chance in the bottom of the inning. After Lewis watched strike three sail by, May parked a base hit in left field. Hyams also stared at a called third strike before Demperio sent the single to second base that put the tying run aboard for Zach Cone, who struck out swinging to end the game.

The Fighting Tigers won handily on Friday, despite what the final score says. The Diamond Dogs won handily on Saturday, despite what the final score says. This one was as close as it looked, but, at the end of the day, the Bayou Bengals had what it took to get the job done. Although Louisiana State was out-hit on Sunday afternoon (10-7), the visitors claimed victory in the series because they played flawless baseball, while the Red and Black committed seven errors over the course of the three-game set.

If you’re looking for a silver lining, there is one: Georgia went 3-2 against ranked competition this week and the Diamond Dogs currently boast records of 25-5 overall and 8-4 in S.E.C. play. That compares favorably to the records of such conference foes as Florida (19-11, 7-5), L.S.U. (23-8, 8-4), and Ole Miss (22-8, 8-4). It was Palm Sunday, so the paraments were purple. Unfortunately, the weekend baseball series at Foley Field was, too.