Inasmuch as it has been established that there is a division of labor in The Dawgosphere, and inasmuch as the Diamond Dogs began an exceedingly huge weekend baseball series with Louisiana State before a sellout crowd on Friday night, the sad duty has fallen to me to report that the opening outing of the Classic City Canines’ three-game clash with L.S.U. resulted in an 8-4 outcome that was nowhere near as close as the final score indicated.

The visiting Bayou Bengals began the top of the first inning with a leadoff walk drawn by Jared Mitchell. After the game’s first batter became the game’s first baserunner, Trevor Holder coaxed a groundout from Ryan Schimpf, extracted a foulout from Blake Dean, and elicited a strikeout from Sean Ochinko.

In the home half of the stanza, Matt Cerione sent a one-out single to short and Rich Poythress was plunked to put two men aboard, but the next two Bulldog batters went down swinging to strand them. Accordingly, L.S.U. drew first blood on a leadoff home run by Micah Gibbs in the top of the second frame. After D.J. LeMahieu grounded out, Leon Landry drew a base on balls which was negated when Mikie Mahtook grounded into a double play.

The Red and Black tried to get something going in their turn at the plate, starting with Colby May’s one-out single to short. Following a Levi Hyams lineout, the Georgia third baseman took second on a wild pitch and Michael Demperio walked. Unfortunately, Johnathan Taylor fouled out to keep the score 1-0.

This is not going to end well.

Tyler Hanover began the visitors’ half of the third canto with a double to left field and Mitchell joined him on the basepaths thanks to an error by Hyams. Schimpf made the Diamond Dogs pay with a three-run shot to right field, giving the Fighting Tigers a 3-2 lead in hits and a 4-0 lead in runs.

Dean grounded out before Ochinko made matters worse with a home run of his own and Holder proceeded to plunk Gibbs. Fortunately, the Louisiana State catcher was caught stealing and LeMahieu watched strike three sail by him to conclude a three-hit, four-run inning.

Now down 5-0, the Classic City Canines undertook to offer a response in the bottom of the stanza when Cerione led off with a base hit. The Georgia center fielder’s teammates registered only outs in the ensuing at-bats, though. Mahtook sent a one-out single up the middle in the upper half of the fourth frame. When Hanover struck out swinging, the L.S.U. right fielder swiped second and advanced to third on a Bryce Massanari error. Once Mitchell walked to put runners at the corners, Schimpf flied out to keep matters from getting even more out of hand.

Chase Davidson drew a leadoff walk in the bottom of the inning and stole second base. May then drew a walk of his own and Hyams advanced both baserunners with a sacrifice bunt. The Red and Black now had two men in scoring position with one out, but the next two Bulldog batters struck out and flied out to leave them where they were and preserve the 5-0 disadvantage at which the home team found itself.

Seriously, there is not a happy ending coming your way, so don’t look for it, ‘cause it’s not there.

The Pelican State Panthers had only a two-out walk drawn by Gibbs to show for the top of the fifth canto and the Diamond Dogs’ troubles continued in the home half of the stanza. Cerione drew a leadoff walk, but Poythress watched strike three go by and the Georgia baserunner was picked off at first. Massanari singled to left field and took second on a wild pitch, but Joey Lewis grounded out to conclude the inning and leave the Louisianans leading 5-4 in hits and 5-0 in runs.

A one-out single and stolen base by Mahtook gave the Tigers another scoring opportunity in the top of the sixth frame, but Hanover and Mitchell carded outs to keep him from advancing. May drew a one-out walk in the home half of the stanza and moved over to second on a wild pitch as Hyams struck out swinging, but Demperio recorded the third strikeout of the Bulldogs’ turn at the plate.

Justin Earls took over the pitching duties in the visitors’ half of the seventh canto and immediately issued a base on balls to Schimpf. Dean followed that up with the double to right field that put runners at second and third. Will Harvil was sent in from the bullpen to put out the fire and instead surrendered the single to Ochinko that scored two more to give L.S.U. an 8-4 advantage in hits and a 7-0 lead in runs. Gibbs then walked to put two men aboard with no one out for LeMahieu, who reached on the fielder’s choice that put runners at the corners.

Landry grounded out to bring Ochinko home and Mahtook drew the walk that brought the third hurler of the inning to the mound in the form of Steve Esmonde, who persuaded Hanover to line out and end the two-hit, three-run frame that staked Louisiana State to a commanding 8-0 lead. 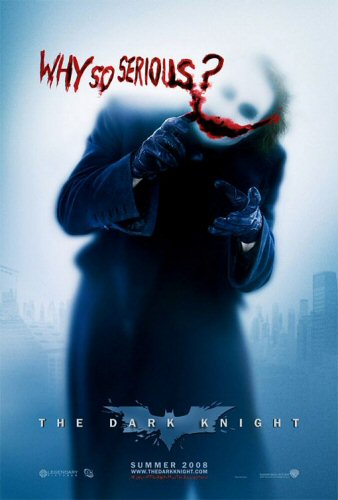 O.K., maybe Friday night’s baseball game wasn’t quite this genuinely disturbing, but, still, it was apt to affect your mood about as adversely.

Since Georgia had benched Holder after a six-inning start during which he had struck out five, walked four, and given up six hits and four earned runs, the visitors likewise elected to send Anthony Ranaudo to the showers after lasting half a dozen cantos, notching twice as many strikeouts (10) as he surrendered walks (5) while throwing a four-hit shutout. Louis Coleman succeeded him on the mound in the bottom of the seventh frame, in which the reliever retired the side in order.

The upper half of the eighth stanza produced a two-out single by Dean, who was thrown out attempting to take second base, and the bottom of the inning began with the leadoff home run by Massanari that ended the shutout. After Lewis struck out and Davidson flied out, May dropped a base hit into right field, but Hyams grounded out to end the frame.

Once Gibbs sent a one-out single to first base in the upper half of the ninth canto, Cecil Tanner took over on the hill and struck out LeMahieu before walking Landry and plunking Mahtook to load the bases for Hanover, who obligingly grounded out to bring the home team back up to bat for their final chance. In the bottom of the stanza, Lyle Allen struck out, Taylor tallied a base hit, Cerione grounded out to advance the runner, Poythress plated a run with a single to left field, Massanari drove a two-run shot out to right field, Lewis tacked on a double, and Davidson went down swinging to wrap up a valiant comeback effort that showed grit, heart, and courage, but that, ultimately, was too little, too late.

What do you want me to tell you? Louisiana State’s eighth and ninth hitters combined to go three for eight with a walk, whereas Georgia’s leadoff and designated hitters together went two for ten (and both hits came in the ninth inning) with four strikeouts and no walks. The Tigers turned ten hits into eight runs while committing no errors and the Diamond Dogs generated half as many runs (at least three-fourths of which were cosmetic) on an identical number of hits in a game featuring three Red and Black errors. When you strand eleven baserunners and don’t score for the first seven stanzas, you’re going to lose. The only consolations are that L.S.U. is a good team and that there’s always Saturday afternoon.