After winning a competitive game on Friday and losing a competitive game on Saturday, the Diamond Dogs awoke in William Faulkner’s home town on Confederate Memorial Day, as it was in that place and on that date that Georgia would face Mississippi in Sunday’s series-settling showdown. Unfortunately, good pitching still beats good hitting, so Ole Miss earned a 6-1 victory to emerge triumphant from the three-game set.

Scott Bittle was on the mound for the Rebels in the top of the first frame and he surrendered back-to-back one-out singles to Colby May and Rich Poythress to put runners at first and third for Bryce Massanari. The Georgia catcher, who had belted three home runs just the day before, struck out swinging, but Joey Lewis sent a single into right field to score May before Chase Davidson grounded out to end the inning. Though they did not yet know it, the visitors were done for the day.

The Bulldog lead did not last long. Justin Grimm gave up a leadoff single to Jordan Henry, who stole second and advanced to third on a Logan Power sacrifice bunt. Matt Snyder muscled a base hit through the right side to bring home the game-tying run, and, after Matt Smith went down swinging, a Davidson fielding error permitted Kyle Henson to reach base and the Ole Miss designated hitter to score. Zach Miller then hit into a fielder’s choice, so the visitors led 3-2 in hits but the home team led 2-1 in runs.

Levi Hyams led off the upper half of the second stanza with a base hit, but, after Michael Demperio struck out, the Georgia shortstop was caught stealing. Johnathan Taylor’s two-out walk came to naught when Matt Cerione struck out swinging for the second time in as many frames. The Rebels evened the hits at four per side when Michael Hubbard and Kevin Mort began the bottom of the inning with consecutive singles, but, after Evan Button advanced both baserunners with a sacrifice bunt, Henry lined into an unassisted double play by May. 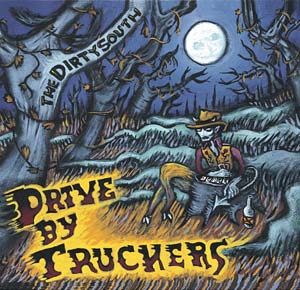 Ole Miss center fielder Jordan Henry went two for four on Sunday and drove in a pair of runs. Afterwards, he outworked a locomotive and became the subject of a Drive-By Truckers song.

The Georgia third baseman proved he could get it done with his bat as well as his glove in the visitors’ half of the third canto, which May led off with a single up the middle. Groundouts by Poythress and Massanari advanced the baserunner as far as third, but Lewis failed to make good on his second opportunity to plate May with a two-out hit; instead, the Bulldog designated hitter struck out swinging to keep the Red and Black ahead by one in hits (5-4) and errors (1-0) but behind by one in runs (2-1). The visitors would not tally another hit for the rest of the afternoon.

A one-out double by Snyder in the home half of the frame evened the hitting at five per side and Smith followed that up with a walk, but the next two Rebel batters notched outs to squelch the threat. After the Diamond Dogs went three up and three down in the top of the fourth inning, however, Hubbard drove a leadoff home run to left center field in the home team’s turn at the plate. A subsequent one-out single by Button was erased when the Ole Miss second baseman was caught stealing.

May got on base by being hit by a pitch with two outs away in the top of the fifth stanza, but Poythress hit into a fielder’s choice. The Diamond Dogs would not thereafter generate so much as a single baserunner. No Rebel reached first in the bottom of the frame, so Mississippi maintained a lead of two in both hits (7-5) and runs (3-1). Georgia registered a groundout and a pair of strikeouts in the upper half of the sixth canto.

In the bottom of the inning, though, the home team built on its lead. Henson led off with a single and took second on a wild pitch. After Miller drew a base on balls, Justin Earls came in from the bullpen. Both baserunners advanced on a passed ball before Taylor Hashman drew a walk to load the bases. Jeff Walters was sent in and he extracted a strikeout from Mort, only to surrender the bunt single to Button that plated Henson. 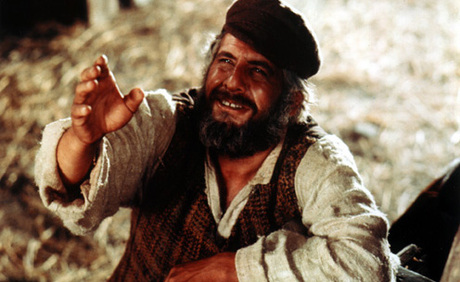 A Henry single followed to score two more before Walters persuaded Power to chase strike three and induced Snyder to fly out in order to wrap up the Rebels’ three-hit, three-run frame. Ole Miss now led by five in hits (10-5) and in runs (6-1). The Diamond Dogs were retired in sequence in the top of the seventh stanza and Cecil Tanner tallied a trio of strikeouts in the lower half of the inning.

Bittle hit the showers at the outset of the eighth frame and David Goforth did not allow a baserunner to the visitors. Tanner returned the favor in the lower half of the stanza and Jake Morgan took over the hurling duties in the top of the ninth canto. Massanari began the Classic City Canines’ final chance by watching a called third strike sail by and Lewis went down swinging in the ensuing at-bat. Robbie O’Bryan grounded out to end the game, and the series, with a Georgia loss.

This one doesn’t require a whole lot in the way of analysis. No one has yet solved the riddle of Scott Bittle, and the Rebels’ Sunday starter was his usual solid self in the rubber game against the Diamond Dogs. Bittle worked seven innings, striking out eleven and issuing one walk while giving up five hits and one run, earned or otherwise. The bullpen turned in two frames of scoreless relief, during which they struck out two and gave up no hits and no walks.

The Red and Black’s leadoff hitter (Matt Cerione), cleanup hitter (Bryce Massanari), and designated hitter (Joey Lewis) combined to go one for 12 with one R.B.I., no walks, and seven strikeouts. When a team’s starting pitcher can demonstrate that sort of mastery over opposing batters, there’s just nothing you can do about it. The only silver lining to this cloud is the fact that Georgia’s 14-7 league ledger keeps the Diamond Dogs in a two-way tie with L.S.U. for first place in the S.E.C. and gives the Classic City Canines a one-game division lead over Florida. The Gators visit Foley Field next weekend.