I’m not going to lie to you: I really had hoped the Diamond Dogs would beat Kentucky by a 7-4 margin for the third straight time on Easter Sunday afternoon, but I was willing to settle even for a one-run victory, which is good, because that’s what I got.

Georgia did not score in the top of the initial inning, although Peter Verdin led off by drawing a walk, took second on a wild pitch, and advanced to third on a Colby May groundout. After Rich Poythress was awarded a base on balls on four straight pitches, the next two Bulldog batters struck out to strand the Georgia outfielder. The Wildcats therefore drew first blood in the bottom of the stanza when Andy Burns sent a one-out first-pitch home run out to left center field. Chris Bisson followed that up with a first-pitch single before the next two U.K. batters grounded out to keep the score 1-0 in favor of the home team.

The Red and Black answered in the top of the second canto. Zach Cone began the proceedings by doubling down the right field line. After Lyle Allen struck out, Michael Demperio added another double to plate the tying run. Levi Hyams grounded out to move the Georgia second baseman over to third, from which a Verdin singled scored him. May struck out swinging at the conclusion of a three-hit, two-run frame in which the Diamond Dogs had assumed a 2-1 advantage.

Chris Wade struck out swinging but reached first on a wild pitch at the outset of the home half of the inning. Keenan Wiley was issued a free pass on four pitches and Michael Williams turned Justin Grimm’s next throw to home plate into a run-scoring single. The next three Wildcat batters notched outs to keep it a tie ballgame. Bryce Massanari’s one-out single in the top of the third stanza was rendered moot when Joey Lewis grounded into a double play. 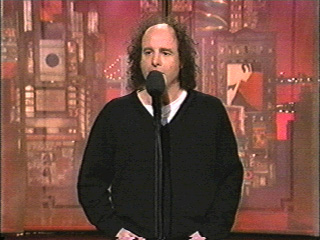 Wildcat left fielder Chad Wright had only one hit in four at-bats on Sunday, but his style of humor influenced such later comedians as Mitch Hedberg.

Gunner Glad stared at four straight balls to draw a one-out walk in the bottom of the frame. A balk moved the Kentucky first baseman over to second and, once Chris McClendon had gone down swinging, Wade brought home the go-ahead run on a double down the left field line. Wiley flied out to end the inning.

No player for either team reached base in the fourth canto and it appeared that the Classic City Canines would not produce a baserunner in the top of the fifth inning once Hyams lined out and Verdin fouled out, but May fouled off five payoff pitches before drawing a walk to put a man aboard. Poythress took advantage of this opportunity by belting a two-run shot to right field. By the time Massanari struck out swinging, the Diamond Dogs had assumed a 4-3 edge.

The Bat Cats had only a two-out Glad single to show for their turn at bat in the bottom of the stanza, whereas the Red and Black went three up and three down in the visitor’s half of the sixth canto. Kentucky tied the game on a one-out single by Wiley, a stolen base by the U.K. center fielder, a two-out base hit by Bryan Rose, and a throwing error by Demperio in the bottom of the inning.

The hurling duties then devolved upon Justin Earls, who walked Chad Wright on four consecutive throws to home plate before extracting a groundout from Burns. After the Diamond Dogs were retired in order in the upper half of the seventh frame, Will Harvil came in from the bullpen in the bottom of the inning and surrendered a first-pitch single to Bisson. 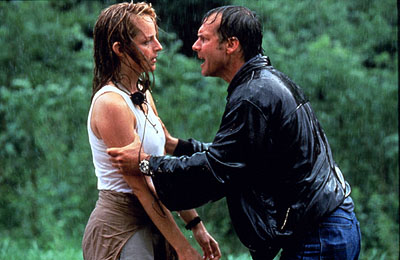 Kentucky starter James Paxton worked six innings, in which he struck out ten, walked three, and surrendered five hits in the course of allowing four earned runs. Even so, however, he managed to be upstaged by Helen Hunt’s tank top in "Twister."

Even though the U.K. second baseman swiped the base with which he was most familiar, Wade walked, and Bisson stole third, the Georgia reliever managed to strike out Glad, coax a lineout from McClendon, and extract a first-pitch lineout from Wiley to keep the score 4-4. No Bulldog batter made it as far as first base in the top of the eighth stanza and a two-out Wright single in the home half of the inning was expunged when the Wildcat left fielder was caught stealing.

A tie ballgame headed to the ninth canto, where the deadlock was broken with a leadoff home run by Lewis in the top of the inning. A throwing error by Bisson allowed Chase Davidson to reach base and the Red and Black pinch hitter stole second before a Kentucky pitching change got the home team out of the jam trailing by a lone run.

Dean Weaver was sent to the hill in the bottom of the frame and he began by persuading Burns to fly out to right field. The Bulldog closer’s next throw to home plate was turned into a single by Bisson, however, and the Wildcat second baseman took his accustomed position on a wild pitch. Glad grounded out to advance the baserunner to third and Weaver won the battle with McClendon by inducing the Kentucky third baseman to ground out to second base and secure the series sweep for the Diamond Dogs.

Despite being out-hit 10-6, the Classic City Canines cobbled together a road win on the strength of three innings of scoreless relief from the bullpen to improve to 11-4 in S.E.C. play. Georgia now holds a two-game division lead over Florida (9-6) and a half-game conference lead over Arkansas (10-4). Before hosting the top-ranked Razorbacks in Athens next weekend, the Red and Black will go for their 30th victory of the season against Georgia Tech on Tuesday.