I am back from Athens and I am grateful to everyone who took part in the G-Day open comment thread. I’ll have a few thoughts on the spring scrimmage up in a couple of days, but first I want to review the telecast of the game I attended, in the hope of coming away with some impressions more well-defined and upbeat than, "Holy crap, we’re going 7-5! I’m beating the Christmas rush and booking my room in Memphis for the Liberty Bowl now!" In the meantime, the Diamond Dogs played two games that actually counted in the Bluegrass State today, the first of which was a 7-4 win over Kentucky.

Johnathan Taylor fouled off a payoff pitch in the opening plate appearance of the first frame in order to stay alive long enough to draw a walk. The Georgia left fielder stole second and took third on a Matt Cerione groundout, permitting Rich Poythress to bring him home with a base hit up the middle. After Bryce Massanari walked on four straight pitches, the next two Bulldog batters struck out swinging.

Trevor Holder retired the Wildcats in sequence in the bottom of the inning and the Red and Black likewise went three up and three down in the visitors’ half of the second stanza. Bryan Rose drew a one-out walk in the bottom of the canto and advanced into scoring position on a wild pitch after the second out was recorded, but Keenan Wiley lined out to strand him.

Cerione’s one-out first-pitch single in the top of the third frame was rendered moot when Poythress grounded into a double play, but the Bat Cats managed to generate some offense in the home half of the inning. A one-out bunt single by Chad Wright put a man aboard for Chris Bisson, whose base hit moved the Kentucky left fielder over to second. 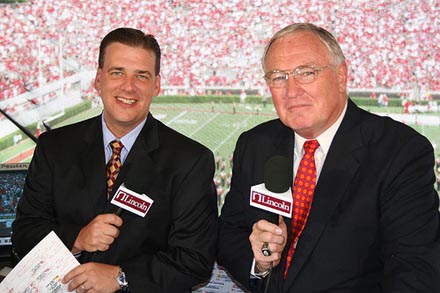 The first three batters in the Kentucky lineup for the initial outing of Saturday’s doubleheader were second baseman Chris Bisson, shortstop Chris Wade, and third baseman Chris McClendon. Someone please tell me how we managed to miss having this game televised on Jefferson Pilot, so Chris, Chris, and Chris could be interviewed by Dave, Dave, and Dave?

Following the Chris Wade flyout that put Wright 90 feet from home plate, Chris McClendon drew a four-pitch walk to load the bases for Gunner Glad. The Wildcat first baseman’s single to center field drove in a pair of runs before Rose lined out to wrap up the three-hit, two-run inning in which the home team had taken a 2-1 lead. Fortunately, the Diamond Dogs had an answer in the upper half of the fourth canto.

Massanari led off by drawing a walk and Lyle Allen put the next pitch out of the park in right field to bring home two runs and give the visitors a 3-2 edge. There was some additional drama as Colby May singled and Michael Demperio walked, but neither advanced past third base before the final out was recorded. The home team added a run in the bottom of the stanza on a game-tying solo shot by Wiley, but a Wright walk and a Bisson base hit came to naught when Wade hit into a fielder’s choice.

The Classic City Canines kept the pressure on the Bluegrass State Felines in the top of the fifth frame. Cerione led off with a single and stole second before Poythress and Massanari drew back-to-back bases on balls. An Allen sacrifice fly plated Cerione, and, after Joey Lewis popped up, May walked to load the bases and force a Kentucky pitching switch.

A throwing error by Marcus Nidiffer scored an unearned run and a Levi Hyams double brought Massanari home, as well. One pitch after Demperio drew a walk, Taylor flied out to center field to put a two-hit, three-run canto in the books, giving the Athenians a 6-3 advantage. The Wildcats had only a one-out double by Glad to show for their turn at the plate. 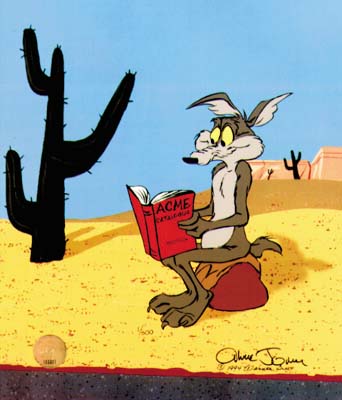 Wildcat center fielder Keenan Wiley went two for four and batted in a pair of runs. Apparently the super-sproingy composite mega-slugger he ordered from the Acme Bat Company performed according to specifications.

No Diamond Dog made it out of the batter’s box in the visitors’ half of the sixth stanza, but the Bat Cats had something to say about the three-run deficit they faced in the bottom of the inning. Wiley led off with a home run and Wright sent a first-pitch single to short with one out away in the frame. It appeared as though something might be brewing for the home team when Bisson reached on a Demperio fielding error, but Michael Palazzone came in and coaxed a couple of flyouts from Wade and McClendon to silence the threat.

A two-out single by May in the top of the frame and a one-out walk by Rose in the bottom of the canto produced the only baserunners for either team in the seventh stanza, while the Red and Black offered up only a trio of strikeouts in the upper half of the eighth inning. Andy Burns walked on a 3-2 count with one out away in the bottom of the inning before Wright lined out and Bisson grounded out to prevent the Kentucky designated hitter from advancing.

Georgia added some insurance in the top of the ninth frame when Massanari drew a one-out walk, Allen dropped the next pitch into right center field to move the Bulldog catcher over to third, and a double-steal sent Massanari home. The next two Athenians to come up to the plate registered outs, but the visitors had added to their lead, and, although Dean Weaver ran into a spot of trouble in the bottom of the stanza when McClendon reached first on a wild pitch and Glad singled to right center field, the Georgia reliever got out of the jam by striking out Rose and extracting a pop-up from Cory Farris to close out the contest.

Even though Kentucky out-hit Georgia (9-8) and each team committed one error, the Diamond Dogs answered every Wildcat score to go out in front and stay there. Nearly four innings of scoreless relief from the Red and Black bullpen, coupled with Lyle Allen’s two-for-four, three-R.B.I. day, sufficed to improve the Classic City Canines to 9-4 in S.E.C. play and drop the Bluegrass State Felines to 4-9 in league competition heading into the second outing of Saturday’s doubleheader.