To their credit, the Quinnipiac Bobcats continued to slug away at the undefeated Diamond Dogs on Sunday afternoon. The visitors refused to go gently into that good night, taking an early lead but ultimately falling to Georgia in a hard-fought 7-2 contest.

The first three Bobcat batters carded a strikeout, a groundout, and a flyout, respectively, against Red and Black starter Jason Leaver in the top of the opening inning. Johnathan Taylor, as usual, got on base in the initial plate appearance in the bottom of the first frame, albeit in an atypical manner, as he was hit by a pitch. Michael Demperio sent a double-play ball to second base, however, and Colby May grounded out to wrap up a hitless inaugural canto.

Accordingly, Quinnipiac drew first blood in the visitors’ half of the second stanza when Mike Marmo led off with a base hit and Bryn Doyle followed with a home run to left field. The Bobcats threatened to build on their early 2-0 lead when Bobak Emamian walked, Tyler Turgeon put down a sacrifice bunt to move him over, and Joe Poletsky drew a base on balls, but John Simone was thrown out at first and Ben Farina popped up to strand two.

Rich Poythress and Bryce Massanari answered with back-to-back singles to open the bottom of the inning, but strikeouts by Joey Lewis and Chase Davidson followed in short order thereafter. Zach Cone was plunked to load the bases for David Thoms, who grounded out to keep the Diamond Dogs at a deficit. 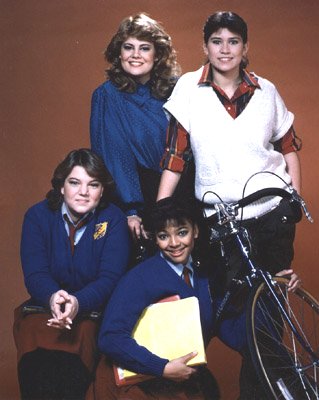 Quinnipiac right fielder Joe Poletsky went hitless in three at-bats on Sunday, striking out twice in the process. While it is likely that Blair Warner gave Joe a hard time about this when she got back to Eastland, Mrs. Garrett undoubtedly was available to offer her reassurance and freshly-baked cookies while teaching her a valuable life lesson.

The Bobcats had only a trio of flyouts to show for the top of the third frame, but the Bulldogs managed to answer the early score by the visitors in the home half of the canto. Demperio sent a one-out double into right field and May grounded out to move him over to third. Poythress’s ensuing single plated a run to make it 2-1 before Massanari fouled out to end the inning.

Consecutive one-out walks drawn by Emamian and Turgeon in the top of the fourth frame forced Leaver from the game after a little over three innings’ worth of work, during which the Georgia starter walked four and struck out two while surrendering two hits and a pair of earned runs. Jeff Walters succeeded him on the mound and promptly struck out Poletsky and Simone.

By silencing the budding Bobcat threat, the Red and Black left themselves in position to tie the contest with one swing of the bat in the bottom of the stanza, as Lewis led off with a solo shot to right field. A Davidson strikeout, a Cone walk, and a Matt Cerione double-play ball ensued.

Three groundouts marked the sum total of Quinnipiac’s achievement in the top of the fifth canto, so the Classic City Canines swiftly went back to work in the home half of the inning. Taylor began by drawing a walk and taking second on an error. Demperio singled to move Taylor over to third before stealing second himself. A base hit by May scored both baserunners and a single from Poythress advanced May to third. Poythress swiped second and, after Massanari went down swinging, Lewis drew the walk that put three aboard for Davidson. Quinnipiac catcher Mike Marmo went two for four in the final series meeting with Georgia, which isn’t bad for an eight-inch-long callitrichine.

The Georgia right fielder reached on the fielder’s choice that enabled May to score and Miles Starr’s subsequent bunt single plated Poythress before Cerione hit into the fielder’s choice that wrapped up the four-hit, four-run inning. Now trailing 6-2, the Bobcats came back up to the plate in the visitors’ half of the sixth stanza and attempted to battle back, beginning with a base hit by Marmo. The next three Quinnipiac batters registered only outs, however.

May drew a two-out walk in the bottom of the frame and he was brought the rest of the way around by a Poythress double and a Massanari single before a Lewis groundout concluded the canto. That made the score 7-2 and marked the start of Will Harvil’s stay on the mound. The Georgia reliever retired all three batters he faced in the top of the seventh stanza and the Diamond Dogs likewise went three up and three down in the home half of the inning.

The hurling duties next devolved upon Michael Palazzone and no Bobcat made it out of the batter’s box in the top of the eighth frame, either. The Red and Black notched three consecutive groundouts in the bottom of the stanza, so it all came down to the visitors’ turn at the plate in the ninth inning. A Doyle groundout and an Emamian flyout came in quick succession, but a base hit from Turgeon gave Quinnipiac a faint glimmer of hope before Poletsky was persuaded to chase strike three.

After facing meaningful adversity for the first time this season, the Classic City Canines scored in four of the final six stanzas, tallying seven runs on eleven hits despite the fact that no Georgia player batted in more than one run. Neither the hitting nor the pitching was as dominant as we have seen them this season, but the Red and Black continue to plug away and maintain perfection. Maybe it’s just me, but 12-0 is looking pretty good.