The Diamond Dogs began the toughest part of their schedule on Tuesday night, when Georgia hosted longtime border rival Clemson in Athens for the first outing of a two-game midweek set with the historic A.C.C. baseball power. As usual, the Classic City Canines and the Fort Hill Felines scratched and clawed their way through a hard-fought duel, from which the hometown Bulldogs emerged victorious by a 6-5 final margin.

Jason Leaver was on the mound for the Red and Black in the top of the first frame and he retired the first two batters he faced before surrendering a solo shot to right field to Jeff Schaus. Ben Paulsen grounded out in the ensuing at-bat. All Georgia had to show for the home half of the canto was a two-out single by Rich Poythress, who was cut down trying to take second.

The first two Tiger batters once again carded outs in the visitors’ half of the second stanza before Matt Sanders reached on a Levi Hyams error. After a Phil Pohl single and a Jason Stolz walk loaded the bases, Will Lamb went down swinging. This kept the Clemson lead at one run and allowed Bryce Massanari to tie the game with one swing of the bat when he sent a leadoff home run to right field in the bottom of the inning. His teammates were set down in order on a foulout, a strikeout, and a groundout in the next three plate appearances.

Mike Freeman and Schaus opened the third frame with back-to-back base hits but a trio of outs followed, bringing the Bulldogs back up to bat in the bottom of the stanza. Michael Demperio drew a one-out walk and the next five Red and Black batters notched singles in succession. Johnathan Taylor’s base hit put two men aboard and Peter Verdin’s bunt loaded the bases for Poythress, whose single scored Demperio. 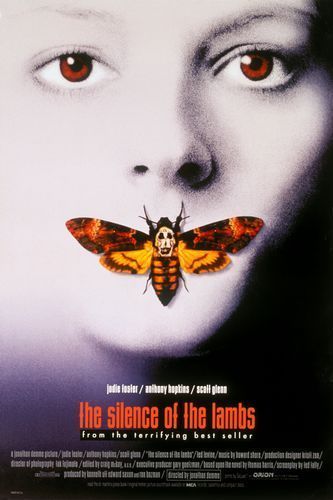 Massanari belted a base hit up the middle to plate two and Joey Lewis’s single, coupled with a Schaus error, brought Poythress around to score. Zach Cone struck out swinging to end the hitting streak, but Colby May picked up where his teammates left off by sending a single to second base to put three aboard for Hyams, who went down swinging to conclude a six-hit, four-run canto for the Diamond Dogs.

With the Classic City Canines now holding a 5-1 lead in runs and an 8-4 edge in hits (the errors were all even at one apiece), Steve Esmonde took over on the mound at the outset of the fourth frame. Although Pohl was plunked with one out, the Georgia reliever extracted a lineout from Stolz and coaxed a groundout from Lamb.

The bottom of the stanza saw Taylor striking out, reaching first on a wild pitch, and stealing second base after Demperio went down swinging. Matt Cerione drew a walk and advanced to second as Taylor was caught stealing and picked off, then an error allowed the remaining Bulldog baserunner to reach third. Poythress grounded out to strand him there.

A one-out walk by Schaus and a two-out home run by Kyle Parker allowed the Fort Hill Felines to cut the deficit to 5-3 in the top of the fifth inning. Brad Miller carded a single in the next at-bat and Chris Epps followed that up with an R.B.I. double to cut the Georgia advantage to one in both runs (5-4) and hits (8-7). The Country Gentlemen held an equally slight lead in errors (2-1), but that was not to their credit. 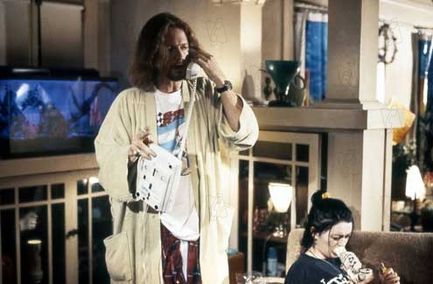 Orange and Purple third baseman Jason Stolz notched one hit in three at-bats against Georgia, as well as drawing a walk, but he’s still probably best known for the scene in "Pulp Fiction" where John Travolta shoves the syringe directly into Uma Thurman’s heart.

Fortunately, Pohl grounded out to prevent the damage from being any worse than it was, but the Diamond Dogs went three up and three down in the home half of the canto. The hurling duties devolved upon Justin Earls in the upper half of the sixth stanza, in which a two-out single by Freeman was erased when Schaus reached on a fielder’s choice.

May led off the bottom of the inning with a home run to left field. Once Demperio tacked on a one-out single, Clemson switched pitchers and the new Tiger hurler balked the baserunner over to second before eliciting outs from the next two Classic City Canines to cross his path. Michael Palazzone retired the side in order in the top of the seventh canto and no Athenian reached first base in the lower half of the frame.

Stolz’s two-out single in the visitors’ half of the eighth inning was wiped out by Lamb’s subsequent groundout, but, after Lyle Allen flied out to lead off the bottom of the stanza, May was hit by a pitch. Hyams reached on the fielder’s choice that cut down the lead runner and the Georgia shortstop advanced to second on a wild pitch. Demperio went down swinging to leave Hyams in scoring position.

To the ninth inning went the contest and to the pitcher’s mound went Dean Weaver. Freeman’s leadoff groundout was followed by Schaus’s double to left field, which evened the hits at ten per side and brought the potential tying run to the plate. Paulsen failed to live up to that potential, as he sent a flyout into left field, and Parker made good only on half of his chance by sending a single into center field to make the score 6-5.

Tiger second baseman Mike Freeman went two for five against the Red and Black in the two teams’ first baseball outing this season, but he failed to bat in a run, which was something of an embarrassment for Muad’Dib and all the other Fremen.

Miller swung at strike three to make the bottom of the canto moot. The visiting Tigers notched one more hit (11-10), but the hometown Bulldogs scored one more run (6-5) to put a victory in the books. Georgia pitchers struck out seven, walked two, and gave up no walks and only one earned run after the fifth inning.

Rich Poythress was held relatively in check, going two for four with an R.B.I., but Bryce Massanari (2 for 4, 3 R.B.I.) and Colby May (2 for 3, 1 R.B.I.) carried their share of the load. Meanwhile, Clemson’s leadoff hitter (Will Lamb), cleanup hitter (Ben Paulsen), and designated hitter (Matt Sanders) combined to go without a hit in twelve at-bats while batting in no runs, drawing no walks, and striking out three times.

Prior to Tuesday evening, the Red and Black’s schedule had not been especially daunting. (This was not entirely Georgia’s fault, inasmuch as an early-season road test against a typically strong Pac-10 program proved less challenging than expected and last Wednesday’s date with Georgia Tech in Atlanta was postponed due to the weather.) In arguably the biggest test of the year so far, the Diamond Dogs came through against an ancient baseball rival.

The week ahead remains a challenge, with the second series meeting by the shores of Lake Hartwell on Wednesday and a three-game set with L.S.U. in Athens this weekend, but 1-0 is where you want to be at the start of any week. The longer I get to say "so far, so good," the better.