The Diamond Dogs came into Sunday afternoon’s outing in Knoxville looking to sweep their three-game weekend set with Tennessee. Although the contest was far from tension-free, the outcome was to the Classic City Canines’ liking, as the Red and Black escaped with another victory to take three in the series with the Volunteers.

Matt Cerione drew a leadoff walk in the top of the first frame, but Chase Davidson reached on the fielder’s choice that cut down the lead runner and the next two Georgia batters registered outs. Justin Grimm retired the side in sequence in the bottom of the canto. After the Red and Black went three up and three down in the visitors’ half of the second stanza, the Volunteers produced only a two-out Charley Thurber single in the home half of the inning.

No Athenian made it as far as first base in the top of the third frame, but Josh Liles broke the deadlock with a leadoff home run to left field in the bottom of the canto. Although Zach Osborne followed that up with a base hit and Mike Hornsby sacrificed him over to second, the next two Big Orange batters carded groundouts to keep the score 1-0 in favor of the home team.

The Diamond Dogs were set down in sequence in the top of the fourth inning and the first two Volunteers to step into the batter’s box in the bottom of the stanza grounded out and struck out, respectively. Thurber then singled through the left side and moved into scoring position on a wild pitch, but Kentrail Davis went down swinging to strand him there. 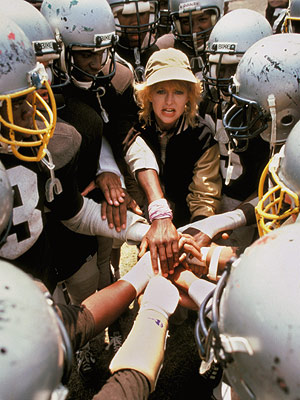 Volunteer first baseman Cody Hawn struck out twice and had neither a hit nor a walk in five at-bats on Sunday. In her defense, though, she turned out to be a pretty good football coach in "Wildcats."

The Bulldogs’ bats finally came to life in the visitors’ half of the fifth frame, starting with Lyle Allen’s leadoff single up the middle. Joey Lewis’s ensuing two-R.B.I. home run to left field gave Georgia the lead, but the Classic City Canines were not done. Colby May was hit by a pitch, Levi Hyams singled through the left side to put runners at the corners, the Red and Black shortstop stole second base, and Michael Demperio drew the walk that forced Tennessee starter Aaron Tullo from the game and loaded the bases for Cerione.

After a passed ball allowed May to score, Cerione reached on a fielder’s choice. Davidson went down swinging, but Rich Poythress walked to force Hyams across home plate. The next two Diamond Dogs notched outs to conclude a three-hit, four-run frame for the Athenians.

Hornsby and Cody Grisham drew back-to-back two-out walks in the bottom of the inning, but Cody Hawn hit into the fielder’s choice that prevented either from coming around to score. May’s one-out double and Demperio’s two-out walk came to naught in the top of the sixth inning when Cerione was thrown out at first and Justin Earls took over the hurling duties in the bottom of the canto after Blake Forsythe doubled and Jeff Lockwood struck out swinging.

The Georgia reliever struck out Thurber and walked Jarred Frazier before giving way to Will Harvil, who threw the wild pitch that advanced both baserunners before extracting a flyout from Liles. Zach Cone’s leadoff single in the top of the seventh stanza was erased when Poythress grounded into a double play and Bryce Massanari went down swinging to conclude the Classic City Canines’ turn at the plate. Tennessee began chipping into the Georgia lead in the bottom of the frame. 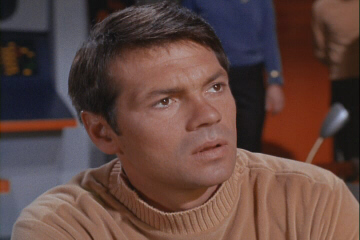 Tennessee designated hitter Jeff Lockwood struck out twice and had no hits in three at-bats on Sunday, although some observers attributed his poor performance at the plate to the fact that he reportedly still had glitter in his eyes from the funky contact lenses he wore while playing Commander Gary Mitchell in the original series "Star Trek" episode "Where No Man Has Gone Before."

Hornsby sent a one-out single up the middle and Grisham reached on a throwing error by Demperio. After Hawn advanced both baserunners on a groundout, Forsythe brought home a run with a base hit. Although Lockwood walked to load the bases, Thurber struck out to keep the damage at one run and preserve the Red and Black’s 4-2 advantage.

Georgia went three up and three down in the visitors’ half of the eighth canto and the Volunteers went back to work in the home half of the frame. Jeff Walters began the inning by striking out Frazier, but successive singles by Liles and Osborne set the stage for Hornsby to plate a run on a fielder’s choice. Grisham also reached on a fielder’s choice, but Hornsby was out at second on an interference call, so a second straight two-hit, one-run stanza by Tennessee left Georgia clinging to a 4-3 lead.

After the Red and Black tallied only a groundout and a pair of strikeouts in the top of the ninth frame, Dean Weaver was sent to the hill to pitch the bottom of the final scheduled inning. He started out by striking out Hawn but followed that up by surrendering a double down the left field line to Forsythe. Perhaps out of frustration, Weaver next plunked Lockwood to put the winning run aboard.

After a passed ball allowed both baserunners to advance, there came the usual substitutions of pinch hitters and pinch runners, as well as an intentional walk to Thurber. David Perno’s decision to load the bases proved to be a shrewd move, as Cody Brown struck out looking and Liles struck out swinging to strand the tying run 90 feet from home plate. 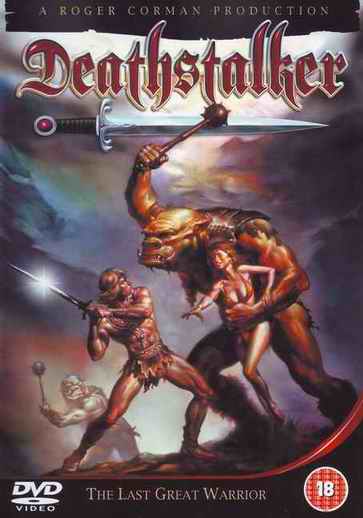 Volunteer reliever Bryan Morgado struck out six, walked two, and allowed only two hits and no earned runs in five innings’ worth of work on Sunday. Also, I’m pretty sure Morgado was the bad guy in "Deathstalker," but I can’t confirm that as a certainty.

For those inclined to find fault, there was much in Sunday’s outing with which a reasonable Georgia baseball fan might get upset. For one thing, the hard-hitting Diamond Dogs were held scoreless in eight of nine innings. For another, Georgia nearly squandered a three-run lead after six stanzas in a late-game collapse.

Also, as long as we’re nitpicking here, I managed to identify archetypal Southern literary themes in Saturday’s game, and I almost got to do the same thing with Sunday’s outing, as well. Scoreless first and scoreless ninth? Check. Tennessee winning the third and the seventh 1-0? Check. Scoreless fourth and scoreless sixth? Check. Georgia winning the middle inning 4-0? Check. If it hadn’t been for that single stupid superfluous run in the bottom of the eighth frame (without which the second and eighth innings both would have been scoreless), we’d have had Shelby Foote equilibrium all over again. Instead, we got Cormac McCarthy chaos, in all its random cruelty and nihilistic meaninglessness. Way to suck all the poetry out of the national pastime with your pattern-shattering R.B.I., Mike Hornsby.

I prefer to view this particular glass as half-full, however. In a road game in league play in which Georgia surrendered twice as many hits as the Classic City Canines tallied (10-5) to an opponent that played error-free baseball, the Diamond Dogs still found a way to get the win and claim the sweep.

Although the Volunteers threatened more than once to break out, the Red and Black did not allow a big inning. Tennessee’s Cody Brown, Cody Grisham, and Cody Hawn combined to go hitless in ten collective at-bats, and, anytime you’re exercising that level of Cody control, you’re going to win some ballgames. After an 0-2 start in S.E.C. play, the Diamond Dogs have won seven straight conference contests, which sounds all right to me.