It was a rainy night in Georgia (hey . . . like Wheezy at the end of "Toy Story 2," I think I feel a song coming on!), but, fortunately, the weather in Knoxville was what I guess you might call clement, for there is where the Diamond Dogs traveled to face Tennessee in the season’s first S.E.C. East series starting on Friday night. In an offensively explosive outing in which they surged to an early lead and held on to stave off a Volunteer rally, the Classic City Canines posted a 12-6 victory.

The top of the first frame saw Matt Cerione reaching base on a throwing error by Cody Grisham and advancing to second. Following a Chase Davidson flyout, Rich Poythress drove a home run to right field to notch two runs---one earned, one otherwise---and give the Red and Black an early edge. The next two Georgia batters registered outs to bring Trevor Holder to the mound in the bottom of the canto. No Volunteer reached base in the home half of the inning.

Colby May reached base on a fielding error by Mike Hornsby with one out away in the top of the second stanza, but the Bulldog third baseman was caught stealing and Levi Hyams recorded an out to end the visitors’ turn at the plate. The home team went three up and three down in the bottom of the frame.

Michael Demperio began the top of the third inning with a double to left center field and Cerione’s sacrifice bunt moved him over to third. Davidson doubled to bring the Georgia second baseman home and Poythress notched another two-run homer to clear the bases. Bryce Massanari followed that up with a home run of his own, so, by the time the next two Red and Black batters struck out and grounded out, respectively, the Classic City Canines had concluded a four-hit, four-run canto to assume a 6-0 advantage. 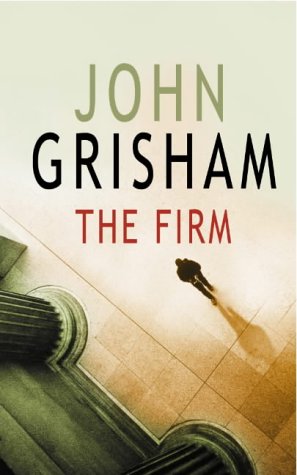 Tennessee second baseman Cody Grisham went three for three with one R.B.I., but his novels are formulaic and read like script treatments for the movies obviously intended to be made from them.

Grisham tallied the first Tennessee hit of the contest with one out already recorded in the bottom of the stanza, but Zach Osborne flied out and Josh Liles grounded out to prevent him from advancing past first base. This brought the Red and Black back up to bat and May got the top of the fourth frame underway with a double down the left field line.

Hyams singled to left field to score May before stealing second base. Although the next two Diamond Dogs to step up to the plate struck out, Davidson dropped a double into right field to tack on another run, forcing a Volunteer pitching change before Poythress walked and Massanari struck out looking. Georgia now led 8-1 in hits and 8-0 in runs.

After Holder retired the side on a groundout, a flyout, and a strikeout in the home half of the canto, Joey Lewis led off the visitors’ half of the fifth inning with a home run to left field. Lyle Allen notched a double in the next at-bat and May moved him over to third with a base hit. The Georgia third baseman took second on a wild pitch before Hyams grounded out to push Allen across home plate.

Demperio popped up and Cerione went down swinging, but, in between those two events, May made it home on a wild pitch. Accordingly, the Classic City Canines’ three-hit, three-run inning afforded the visitors edges of 11-1 in hits and 11-0 in runs. No Volunteer made it out of the batter’s box in the bottom of the canto.

Yeah, it seems like a blowout now, but stick around, because your rate of interest is about to start rising again.

Poythress smacked a one-out double down the left field line in the top of the sixth inning and made it to third on a wild pitch. Massanari drew a base on balls to put runners at the corners, but the next two Bulldog batters carded strikeouts. The shutout ended in the home half of the canto, when Grisham led off with a double and Osborne followed with another to earn Tennessee’s third hit and the Volunteers’ first run.

Holder struck out the next two batters he faced, but Cody Hawn drove a home run to center field to plate two more runs. Blake Forsythe followed that up with a single through the left side, but Cody Brown lined out to conclude a four-hit, three-run frame in which the home team had narrowed the deficits in hits to 12-5 and in runs to 11-3 while taking a commanding lead in guys named "Cody."

May and Hyams drew back-to-back walks to start the visitors’ half of the seventh frame, but, although Demperio’s flyout advanced the lead runner to third, Zach Cone hit into the fielder’s choice that saw May cut down at home. After a wild pitch moved both baserunners into scoring position, Johnathan Taylor went down swinging to strand them.

The Volunteers went back on the offensive in the bottom of the inning, when consecutive one-out doubles by Hornsby and Grisham produced another Tennessee run. Osborne brought home one more with a single up the middle and Liles grounded out to put another baserunner in scoring position. Holder struck out Kentrail Davis to keep the Diamond Dogs’ lead at 11-5. 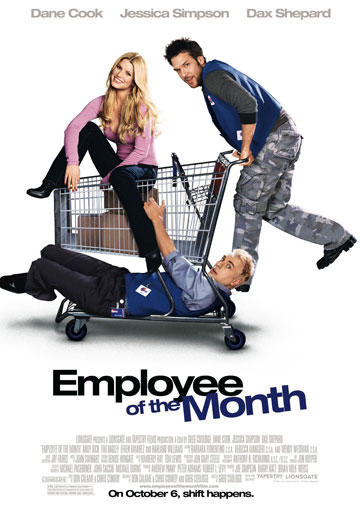 I have a confession to make. It’s been a long, tiring week in my household, and everyone else in my family turned in early, so, while I was following Friday night’s baseball game, I had the television on and I was just flipping around to see what was on, and I found that, given the choice between watching N.C.A.A. tournament coverage and watching "Employee of the Month" on Comedy Central, I preferred to watch a really bad movie just for the occasional appearances by Jessica Simpson. That should go a long way towards answering Richard Pittman’s question about whether college basketball can be saved.

Undeterred, the Red and Black undertook to distance themselves anew, starting with a leadoff double by Poythress in the top of the eighth canto that raised the question, "Why are these idiots still pitching to Poythress?" Massanari drove in a run with a base hit to left field, but only outs ensued to bring the Big Orange back up to bat in the home half of the stanza.

Justin Earls extracted a groundout from Hawn before plunking Forsythe and surrendering a base hit to Brown. The Georgia reliever persuaded Jarred Frazier to ground out, however, and Will Harvil came on to coax a strikeout from Charley Thurber. The hit parade continued in the visitors’ half of the ninth inning, when May led off with a single through the left side.

After the remaining Georgia batters recorded outs, Steve Esmonde took the mound in the bottom of the frame. Grisham drew a leadoff walk and Osborne grounded out to advance him into scoring position. A wild pitch allowed the Tennessee second baseman to move over to third, so, when Liles reached on a fielding error by Poythress---hey, lay off the guy; nobody’s perfect---Grisham scored. Fortunately, Davis went down swinging and Hawn flied out to close out the contest.

Obviously, you never want to have to hang on to win 12-6 in a game you led 11-0, but, at the end of the day, a conference road win is a conference road win. Volunteer starter Nick Hernandez was roughed up for seven earned runs and forced from the game in the fourth frame, while Trevor Holder lasted seven stanzas behind the strong support of Chase Davidson (2 for 4, 2 R.B.I.), Levi Hyams (1 for 3, 2 R.B.I.), Bryce Massanari (2 for 4, 2 R.B.I.), Colby May (3 for 4), and Rich Poythress (4 for 4, 4 R.B.I.), all of whom contributed mightily to the 15-hit, seven-double, four-homer, twelve-run effort. I, for one, will take it.