The Emergence of "Hip Richt"

Share All sharing options for: The Emergence of "Hip Richt" 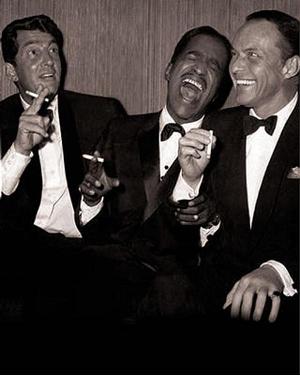 After the 2007 season, the most popular new coach in Bulldog Nation was Evil Richt (a/k/a Dark Richt). We didn’t see much of that guy in 2008, perhaps because casting a nice guy in the role of the bad boy simply isn’t sustainable in the long run, particularly in a league that already features the Armani Bear and Corch Urban Meyers. (Conversely, casting a bad girl in the role of good gal works like all get-out, as anyone who saw Eliza Dushku in a cheerleading uniform in "Bring It On" knows full well. If you’ve never seen "Bring It On," put your television on the USA Network, sit down, and wait. If you have to wait more than 48 hours before you see it, I’ll be surprised. They seem to have it on a recursive loop, like "It’s a Wonderful Life" at Christmas.)

Paul Westerdawg has called our attention to Chris Low’s piece on the Mark Richt of 2009. The gist of the article is that Coach Richt is going old school, which I am all for, but I detected in the article the emergence of the latest incarnation of Mark Richt.

Check out these quotes, both from the Bulldogs’ head coach:

People notice the starters and notice the signees. They forget about all those other cats in between.

That’s right, ladies and gentlemen. Mark Richt just used the word "cats" twice in one interview, and he wasn’t talking about kitties either time.

I believe we are seeing the emergence of Hip Richt.

It fits him, when you think about it. Mark’s not dark. He’s exactly the antithesis of evil, so those images were never really suited to him. Have you seen him on the sideline in the shades, though? Mark Richt is one cool customer. As we found out in the "hobnailed boot" game in Knoxville, he has the resting heart rate of a jewel thief, a marathon runner, or Hannibal Lecter. After a big win, he’ll plant a big smooch on his best gal right there on the field. He’s all class.

Also, he kept Willie Martinez and Frank Sinatra let Peter Lawford hang around, too, so there’s that. Picture Coach Richt in a tuxedo smoking a cigarette while holding it cupped inside his palm, grasping the filter with his thumb and forefinger, and the image is complete. He’s suave and lethal. He’s Hip Richt.

Hear me now and believe me later. If Hip Richt and the ‘Dawgs win the S.E.C. championship this year, we’re going to see our head coach and half of his starters go out to Las Vegas to film "Richt’s Eleven."

So, who would you want those players to be? Jeff Owens, definitely. The Ginger Assassin, certainly. Orson Charles, undoubtedly. A.J. Green, indubitably. Who else would need to be added to the team for Hip Richt and his hep cats to pull off a heist?