It’s a dog-eat-dog world in the Southeastern Conference (sorry), and never more so than when the Diamond Dogs of Georgia take on their doppelgangers from Mississippi State. Both sets of Bulldogs squared off in the Classic City on Friday night, when the Red and Black prevailed by a 5-3 margin.

The home team sent Trevor Holder to the hill in the top of the first inning and he retired the first two batters he faced. The initial hit of the contest was a single off the bat of Russ Sneed and Ryan Duffy followed that in rapid succession with a base hit of his own, but the M.S.U. third baseman was caught stealing and thrown out at home.

Colby May reached on an error by Sneed with two outs away in the bottom of the frame and Rich Poythress drew a base on balls, but Bryce Massanari’s ensuing flyout stranded both runners. Consecutive one-out walks were drawn by Ryan Collins and Scott DeLoach in the top of the second stanza before Ryan Powers stared at a called third strike. The Western Division Bulldogs then drew first blood off of a Grant Hogue single, which plated Collins. Luke Adkins flied out to prevent further damage.

The Red and Black responded in the home half of the stanza. Matt Cerione drew a one-out walk and Michael Demperio doubled to left field, so a base hit by Levi Hyams brought the Georgia center fielder home to tie the game. When Johnathan Taylor reached on a fielder’s choice, Demperio scored to give the Classic City Canines the lead. Peter Verdin subsequently was plunked, but no additional scoring occurred because May went down swinging. 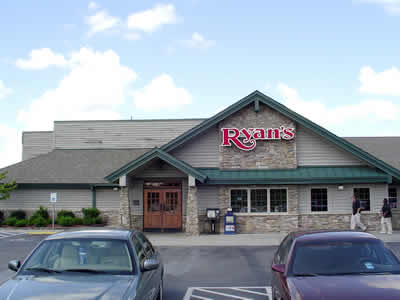 After the game, right fielder Ryan Collins, designated hitter Ryan Duffy, and shortstop Ryan Powers all went out together to grab a bite to eat.

The Magnolia State Mutts attempted to answer in the top of the third inning, in which Jet Butler dropped a leadoff single into center field, only to have the next three visiting batters register outs. The Diamond Dogs built on their lead in the bottom of the canto when a two-out Joey Lewis single was followed by a two-run Cerione homer. DeLoach’s one-out base hit was all Mississippi State had to show for the top of the fourth frame.

Taylor reached on an error with one out already gone in the bottom of the inning and stole second after Verdin flied out, but May’s ensuing strikeout left the Bulldog left fielder in scoring position. Although Sneed registered a two-out single to short in the top of the fifth canto, his effort likewise proved unavailing when Duffy flied out in the next at-bat.

Poythress drew a leadoff walk in the bottom of the frame but was caught stealing before Lewis followed up a Massanari strikeout with a single. Cerione’s subsequent flyout ended the inning and it appeared that the Western Division Bulldogs would go in order in the visitors’ half of the sixth stanza when Connor Powers flied out to center field and Collins struck out looking.

With two outs away in the inning, however, DeLoach punched a single into center field and a double by the M.S.U. shortstop brought him home to make the score 4-2 before Hogue flied out to close out the canto. The Red and Black went in order in the bottom of the frame on a flyout, a pop-up, and a groundout. 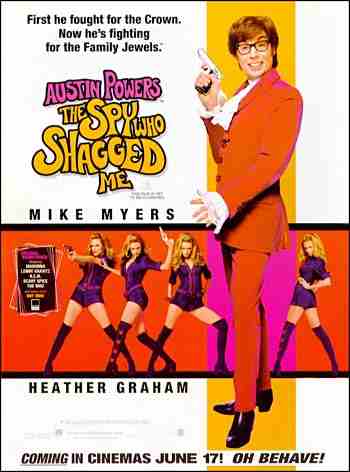 After the game, first baseman Connor Powers and shortstop Ryan Powers went out together to see a movie.

Will Harvil took over on the mound at the outset of the seventh stanza and he gave up a base hit to Adkins in the opening at-bat of the visitors’ half of the canto. After extracting outs from the next two Mississippi State batters, the Georgia reliever surrendered a single to Duffy but made up for it by coaxing a foulout from the next visiting hitter.

May was hit by a pitch to put a man aboard with one out in the bottom of the frame. Poythress punched a single up the middle to move him over to second and the new M.S.U. hurler called in from the bullpen began his stay on the hill by surrendering a run-scoring single to Massanari. After Lewis went down swinging, Cerione was given a free pass so that the Western Division Bulldogs could pitch to Demperio, whose groundout wrapped up the canto in which the home team took a 5-2 lead.

Matters were made mildly more interesting in the top of the eighth inning when Mississippi State registered a two-out double, but Hogue’s subsequent pop-up prevented the score from changing. No Classic City Canine made it as far as first base in the home half of the stanza, so it all came down to the top of the ninth frame.

Dean Weaver was sent in to close out the contest and he did exactly what Harvil had done two innings earlier; namely, the Red and Black reliever surrendered a leadoff single to Adkins. Although Butler swung at strike three, the M.S.U. left fielder swiped second base to put a runner in scoring position with one out. 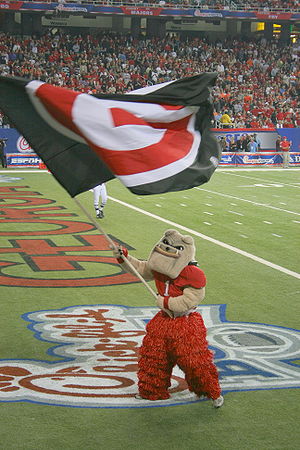 After the game, the real Bulldogs stood alone.

Sneed wasted no time in taking advantage of this opportunity, as he sent a single up the middle to bring home the run that made it 5-3. Duffy stepped into the batter’s box representing the tying run and the M.S.U. designated hitter muscled a base hit through the left side to bring the go-ahead run to the plate.

The visiting Bulldogs needed two runs to tie. The hometown Bulldogs needed two outs to win. The Classic City Canines got halfway to their objective when Weaver persuaded the next Mississippi State batter to chase strike three. Collins’s ensuing flyout got the Red and Black the rest of the way to victory in a game in which M.S.U. notched twice as many hits as the hosts (14-7) but committed three errors to Georgia’s none.

It was hardly a hitting exhibition---by virtue of having gone one for two with a pair of R.B.I., Matt Cerione earned an intentional walk---but, as harrowing as the final frame became, the pitching was pretty solid. Trevor Holder lasted six innings, allowing eight hits and two walks but striking out six and conceding only two earned runs. Will Harvil and Dean Weaver gave up half a dozen hits but no bases on balls and only one earned run.

Nineteen games into a 56-game slate and with their second S.E.C. series underway, the Diamond Dogs now are entering the grueling part of their schedule, during which merely surviving the grind is key to being able to gear up for the stretch run when the time comes. Sometimes a baseball team must bludgeon its way to an ugly victory. Friday night’s showdown at Foley Field suggested strongly that the Red and Black are capable of doing just that. They may not win many beauty contests, but they will win a lot of baseball games.