Following an 0-2 start in conference play during Saturday’s doubleheader, the Diamond Dogs found their backs against the wall as they sought to avoid a demoralizing series sweep by Alabama in Tuscaloosa. In a hard-fought baseball battle in the Yellowhammer State on Sunday, Georgia won a game in which the Classic City Canines were 10-8cious.

The game did not get off to a promising start for the visitors, however. The Red and Black managed only a strikeout, a groundout, and a lineout in the top of the first frame, while Jason Leaver’s first pitch in the bottom of the inning was sent back up the middle by Taylor Dugas for a base hit. Fortunately for the Bulldogs, the next three Crimson Tide batters produced a trio of outs.

The second stanza was, by turns, both encouraging and disheartening for Georgia. Rich Poythress led off the top of the canto with a base hit to right field and Joey Lewis advanced him to second base with a single of his own. Lyle Allen’s ensuing double plated one run, and Chase Davidson’s groundout another, before Michael Demperio dropped a base hit into left field to bring home one more. Following the balk that put the Georgia shortstop on second base, Levi Hyams singled to center field to push another run across home plate.

Matters continued in this manner, complete with an Alabama pitching switch, a stolen base by Hyams, a run-scoring single by Matt Cerione, and a two-run shot to left field off of the bat of Colby May, before Poythress went down swinging for the third out of a seven-hit, seven-run outburst by the Diamond Dogs. Any sense that the Red and Black would cruise to a comfortable victory, however, was shattered in the bottom of the frame, in which Vin DiFazio drew a one-out walk, Jake Smith subsequently singled to second base, and Cody Trotter brought a run home with a base hit. 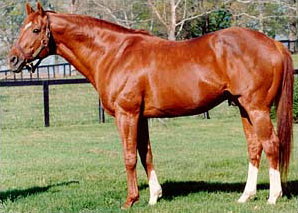 Alabama catcher Cody Trotter finished the day with two hits, an R.B.I., and a walk, which is pretty good for a slow show horse.

Alex Kubal was plunked to load the bases and a wild pitch brought Smith home. When Dugas plated two more with a single to center field, Leaver’s day was done and Michael Palazzone was sent in to put out the fire. This he did in due course, although not before he surrendered a double to Josh Rutledge, a run-scoring sacrifice fly to Ross Wilson, and a four-pitch walk to Kent Matthes. By the time Brandon May grounded out, Alabama had answered with a four-hit, five-run stanza to narrow the gap to two runs.

The game then entered a period of relative calm, as the Diamond Dogs went three up and three down in the visitors’ half of the third inning and Trotter’s two-out walk in the bottom of the frame was erased when Kubal lined out on the very next pitch. Hyams’s one-out single in the top of the fourth canto likewise went to waste when Johnathan Taylor hit into a fielder’s choice and Cerione was thrown out at first.

As he had done in the bottom of the first frame, Dugas led off the home half of the fourth inning with a first-pitch single. After Rutledge was retired on three straight pitches, Wilson got aboard with a base hit and both runners advanced on a wild pitch. It didn’t much matter that they were in scoring position, though, since Matthes’s home run to right field scored three to give the Red Elephants an 8-7 lead.

DiFazio later reached on a Cerione error, but this was sandwiched between two strikeouts, so no additional damage was done, but the Diamond Dogs now found themselves trailing. Fortunately, they had an answer in the top of the fifth canto, when Poythress drove a home run to left center field. His teammates all registered outs, but the game was tied. 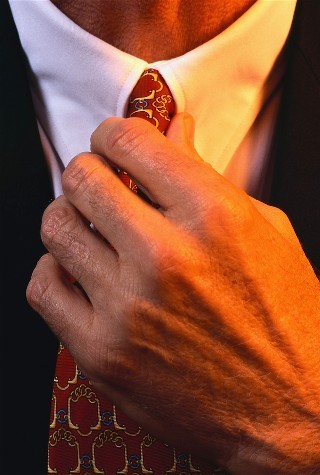 Visual representation of the score at the halfway point.

The hurling responsibilities fell to Will Harvil in the bottom of the inning, when the Crimson Tide displayed little patience at the plate. The latest Georgia reliever’s first three pitches produced, in order, a Trotter pop-up, a Kubal single, and a Dugas groundout. Rutledge, to his credit, worked the count full before swinging at strike three.

Georgia reclaimed the lead in the top of the sixth stanza. Following a leadoff groundout by Peter Verdin, Demperio was plunked and took second base on a wild pitch. Hyams drew a walk on four consecutive pitches and both runners stole the next base over while Taylor was in the process of becoming a strikeout victim. A pair of wild pitches allowed two runs to score and caused another change on the mound, so, by the time the Bulldogs’ May struck out, the Red and Black had managed to move back out in front in a frame in which they did not notch a hit.

The Tide had only a two-out walk by Alabama’s May to show for the home half of the canto and the Athenians likewise went in order in the top of the seventh stanza. A pair of one-out singles by Trotter and Kubal in the bottom of the inning came to nothing when a Dugas strikeout and a Rutledge flyout stranded both baserunners.

No Bulldog batter made it as far as first base in the visitors’ half of the eighth frame, but Dean Weaver found himself in a spot of trouble when he took over on the mound in the bottom of the canto. Wilson led off with a base hit up the middle, but it appeared that this was likely to prove harmless when Matthes sent a first-pitch flyout to right field and the Red Elephants’ May struck out on a trio of pitches.

However, DiFazio singled to short and both runners moved over one base on a pair of errors by Lewis. With the tying run now in scoring position, Smith fouled off seven pitches before Weaver won their battle by extracting a pop-up from the Crimson Tide third baseman. 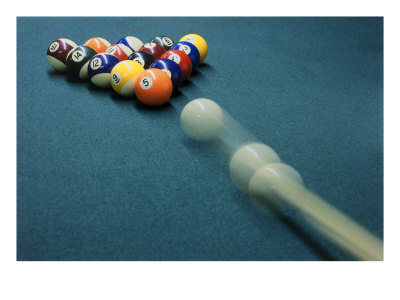 I am compelled by popular demand to point out that Crimson Tide center fielder Alex Kubal went two for four on Sunday but did not drive in a run . . . although, in his defense, he is just a refugee from a billiard table.

That essentially marked the end of the contest, as Georgia recorded a trio of groundouts in the top of the ninth stanza and Weaver threw ten pitches, nine of them strikes, in the bottom of the inning. Trotter struck out swinging, Kubal was thrown out at first after putting an 0-2 pitch into play, and Dugas struck out swinging to give the Classic City Canines their first conference victory of the season.

Perhaps I went too far in calling Saturday’s doubleheader an embarrassment, but, in any event, the Diamond Dogs needed this victory badly. Although Georgia was out-hit 13-9 and all eight of Alabama’s runs were earned, the Bulldog pitching staff tallied eleven strikeouts to just four walks and closed out the contest with five straight scoreless cantos despite a trio of Athenian errors in the last six stanzas.

The Red and Black saw a 7-0 lead evaporate on eight unanswered runs, but the Diamond Dogs did not panic, and instead responded with three runs of their own to tie the game in the fifth frame and retake the lead for good in the sixth stanza. Georgia’s second, third, and fourth hitters (Matt Cerione, Colby May, and Rich Poythress) combined for four hits and collectively batted in four runs, while the seventh, eighth, and ninth hitters (Chase Davidson, Michael Demperio, and Levi Hyams) together went three for eight with a trio of R.B.I. and three stolen bases.

Bulldog starter Jason Leaver lasted only a little over an inning, giving up four hits and five earned runs to the ten batters he faced, but Crimson Tide starter Austin Graham (could these guys have any more pitchers named Austin?) also survived only an inning and a third (actually, a sixth, as there are six outs in an inning, not three, but you know what I mean), during which he surrendered five hits and five earned runs to the nine batters with whom he crossed paths.

At the end of the day, the Red and Black faced adversity and overcame it, certainly not playing their best baseball over the course of the weekend but still salvaging something of value from the series with the comeback win on Sunday. It’s too bad Georgia didn’t win the weekend set, but there are worse places to be than 15-2.