After taking care of business against LeMoyne on Tuesday, the Diamond Dogs looked to extend their season-long winning streak against the Dolphins on Wednesday. This time, the Classic City Canines left no doubt with a 12-0 blanking of the visitors.

Wednesday’s starting pitcher for the Red and Black was Chase Hawkins, who retired the side in sequence in the top of the first frame. Michael Demperio drew a one-out walk in the home half of the canto and advanced on an error by Dolphin hurler Derek Zielinski. Colby May’s subsequent single to right field plated a run before the next two Bulldog batters recorded outs to end the inning.

A one-out walk by Sean Paino in the top of the second stanza was nullified when Matt Marra grounded into a double play and a similar fate befell the Red and Black in the bottom of the inning when Joey Lewis’s leadoff walk and Chase Davidson’s ensuing single to left field were followed by a Zach Cone foulout and a double-play ball off of the bat of Levi Hyams.

When Ryan Mahoney reached on a May error to begin the visitors’ half of the third frame, Joe Lombardi grounded out to move the LeMoyne second baseman over to his accustomed position before Chris Murphy grounded out yet accomplished nothing so grandiose as advancing the runner. Mahoney took third when a Rich Poythress error allowed Matt Nandin to reach base, whereupon Brett Botsford grounded out to squelch the Dolphin scoring threat. 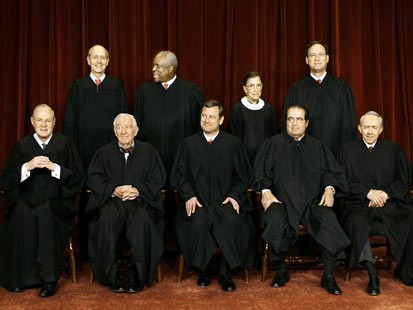 By a 5-4 vote, the U.S. Supreme Court found the Diamond Dogs’ miscues in the top of the third inning to be harmless errors.

Johnathan Taylor led off the bottom of the canto with a single up the middle and a stolen base. After Demperio fouled out, May again dropped a base hit into the outfield to bat in a run. Poythress’s double-play ball in the next at-bat closed the books on the two-hit inning that made the score 2-0. The top of the fourth frame consisted strictly of a trio of groundouts.

A leadoff walk by Bryce Massanari and a one-out walk by Davidson in the home half of the canto went to waste when the next two Diamond Dogs struck out and grounded out, respectively, and Lombardi’s two-out single up the middle in the top of the fifth inning amounted to nothing after Murphy grounded out to keep the score unchanged.

Georgia proceeded to distance itself from LeMoyne in the bottom of the frame. Demperio drew a one-out walk, May singled to right field, and the Dolphins changed pitchers. The visiting reliever promptly surrendered steals to both baserunners and the single to Poythress that pushed a pair of runs across home plate. After the Red and Black first baseman swiped second, Massanari brought him the rest of the way around with a single. After Lewis tacked on the Classic City Canines’ fourth consecutive base hit, Davidson put one out to right center field to add three more runs to the scoreboard. The next two Diamond Dogs notched a pair of outs, but the home team had added six runs on five hits in the course of the canto.

Steve Esmonde took over on the mound in the top of the sixth stanza and he extracted outs from each of the three batters with whom he crossed paths. The Red and Black went three up and three down in the home half of the inning and each team produced a lone baserunner with two outs in the seventh frame---Marra on a base hit to left field in the top of the inning and Lewis on a double to center field in the bottom of the canto---but neither advanced thereafter. 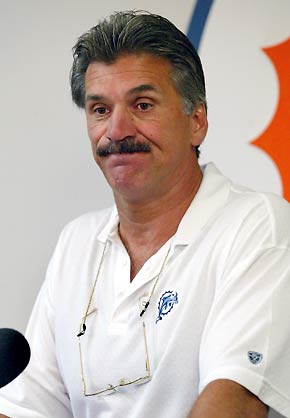 So, basically, LeMoyne fields the least productive bunch of Dolphins since the Dave Wannstedt era in Miami.

Jeff Walters retired the side in order in the top of the eighth stanza, enabling the Classic City Canines to resume their assault in the bottom of the inning. Matt Cerione led off with a single but was cut down at second base when David Thoms reached on a fielder’s choice. Successive singles by Lyle Allen and Demperio scored a run, and, after Miles Starr grounded out, Poythress homered to drive in three more. Once Adam Fuller went down swinging, the chapter was closed on a four-hit, four-run frame that staked the home team to a 12-0 advantage.

Only the Diamond Dogs’ pair of errors marred an otherwise stellar effort. Georgia led LeMoyne by a dozen in hits (14-2) and in runs (12-0). Chase Hawkins got the win with five solid innings during which he allowed only one hit. The Dolphins notched only one hit in the last four frames; during that same span, the Red and Black scored ten runs.

The visitors’ leadoff hitter (Matt Nandin), cleanup hitter (Chris Haynes), and designated hitter (Chris Murphy) collectively went without a hit in ten at-bats, with two strikeouts and one walk between them, whereas the Diamond Dogs got good outings at the plate from Chase Davidson (2 for 2, 3 R.B.I.), Joey Lewis (2 for 3), Colby May (3 for 4, 2 R.B.I.), and Rich Poythress (2 for 5, 5 R.B.I.) en route to the Classic City Canines’ fourteenth consecutive victory. So far, so good . . . but now the preseason ends and Southeastern Conference play begins against Alabama at Tuscaloosa on Friday night.