I know, I know, I know; you’re wondering the same thing I’m wondering . . . namely, where are we finding these opponents? Quinton McDawg recently asked whether Quinnipiac was "an actual college, some sort of Native American tribe, or the national team for a small Caribbean island lost on their way to the World Baseball Classic" (I thought Quinnipiac had something to do with Ted Kennedy driving drunk halfway across a bridge in Massachusetts, but, then, I was a political science major), and, now, we have LeMoyne, a private Jesuit college in Syracuse, N.Y., which was founded in 1946. It is the second-youngest of the 28 Jesuit colleges in the United States and the first to be co-ed from the get-go. LeMoyne’s sports teams are called the Dolphins, because, when you think Syracuse, N.Y., you think of dolphins.

In any event, the Dolphins came up to bat in the top of the opening canto and found themselves facing Cecil Tanner, who surrendered a leadoff single to Matt Nandin before extracting a strikeout, a flyout, and a groundout from the next three LeMoyne batters. Visiting starter Brandon Otto plunked Johnathan Taylor in the Diamond Dogs’ initial plate appearance in the bottom of the inning to put a man aboard for Matt Cerione.

After the Georgia center fielder flied out, Colby May reached on an error by Joe Lombardi and both baserunners advanced on a wild pitch. Rich Poythress drew a walk to load the bases and Bryce Massanari drew another base on balls to force home a run. Another wild pitch and an error by Chris Haynes scored a pair of unearned runs before Joey Lewis struck out looking and Lyle Allen lined out to conclude a hitless three-run frame for the home team.

Tanner retired the side in sequence in the top of the second stanza but Michael Demperio drew a leadoff walk and stole second in the home half of the frame. Levi Hyams advanced the Georgia shortstop to third with a flyout, enabling Taylor to bring home another run with a base hit up the middle. Cerione grounded into a double play in the next at-bat, but the Red and Black had extended the home team’s lead to 4-0. 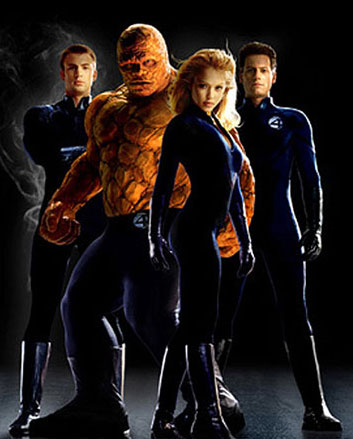 To reiterate, here is a visual representation of the score after two innings.

Lombardi’s leadoff walk in the top of the third stanza was rendered moot when the LeMoyne first baseman was thrown out at second, but Chris Murphy’s groundout was followed by a Nandin single, a balk to advance the Dolphin shortstop to second, an error by Demperio to move the baserunner over to third and allow Brett Botsford to reach base, and a wild pitch by Tanner to plate an unearned run. After Chris Edmondson singled to score another, Haynes hit into the fielder’s choice that brought to a close the visitors’ two-hit, two-run inning.

With their lead now halved, the Diamond Dogs went to work in the bottom of the canto. Poythress and Massanari drew consecutive one-out walks and each advanced into scoring position on a wild pitch following a Lewis strikeout. Allen brought both baserunners home with a double to left center field to extend the lead to four once more. An error by Murphy allowed Demperio to reach base and scored the Georgia right fielder, so, by the time the Bulldog shortstop was picked off, the Classic City Canines had increased their lead to 7-2.

The visitors’ half of the fourth frame passed quickly, consisting solely of a flyout, a groundout, and a strikeout. The Red and Black went back on the offensive in the bottom of the inning, beginning with Hyams’s leadoff single. Following a Taylor flyout, Cerione belted a base hit to right field. May went down swinging in the next at-bat before Poythress drove a three-run shot to center field. Massanari’s groundout wrapped up the home team’s third three-run stanza of the contest.

Now leading 10-2, the Diamond Dogs sent Justin Earls to the mound to pitch the top of the fifth canto. The Georgia reliever struck out Lombardi and plunked Murphy, but he erased the latter miscue by persuading Nandin to line into a double play. Demperio drew a two-out walk in the bottom of the frame and was replaced on the basepaths by Miles Starr, who took second on a wild pitch. 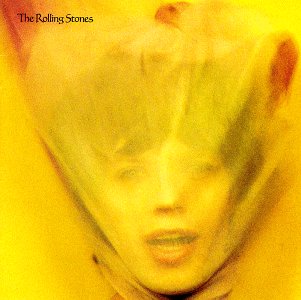 Just to be clear, Miles Starr was not the namesake of the final track on the Rolling Stones’ "Goats Head Soup" album.

Hyams also walked, after which both baserunners advanced on another wild pitch, only to have Peter Verdin pop up to conclude the first scoreless stanza of the outing. LeMoyne came back in the top of the sixth frame, beginning with a Botsford single to lead off the visitors’ turn at the plate. Edmondson registered the first out of the inning ere a Haynes single and a Sean Paino triple plated a pair of runs. Matt Marra’s subsequent single scored the Dolphin center fielder and the next two batters recorded outs to end a four-hit, three-run canto.

Georgia went three up and three down in the bottom of the inning and Will Harvil took over the hurling duties in the top of the seventh stanza. Neither team produced a baserunner during the frame. Although Edmondson led off the top of the eighth canto with a triple, the ensuing trio of Dolphin batters struck out, fouled out, and flied out to keep the Bulldogs’ lead at 10-5.

The Classic City Canines undertook to build on that lead in the home half of the inning, when Hyams and Verdin followed up Starr’s leadoff lineout with consecutive singles. This compelled LeMoyne to switch pitchers and the new Dolphin hurler promptly surrendered stolen bases to both Bulldogs and a single up the middle to Zach Cone, whose base hit brought home a run.

A subsequent double by May made it the evening’s fourth three-run inning for the home team by pushing two Diamond Dogs across the plate before the next two Georgia batters registered outs to end the inning. With the Red and Black now holding a 13-5 edge, Dean Weaver came in from the bullpen to pitch the top of the ninth canto.

Weaver elected to avoid any drama whatsoever, extracting three straight groundouts from each of the batters he faced to rob the Foley Field fans of an opportunity to see more than eight and a half innings played in Athens.

Aided by a trio of Dolphin errors, Georgia claimed an eight-run victory despite holding the slimmest of leads over LeMoyne in hits (9-8). Cecil Tanner went four frames as the Bulldog starter, allowing three hits yet no earned runs. The bullpen notched six strikeouts and allowed no walks in the course of a five-stanza stretch during which the Red and Black relievers gave up a trio of earned runs.

The Diamond Dogs did not have their best night of the season at the plate, as only Levi Hyams managed more than a single hit, but three Georgia batters batted in multiple runs on Tuesday evening. Meanwhile, although the first three hitters in the Dolphin batting order went a combined five for twelve, they notched just one R.B.I. between them.

The Classic City Canines have slipped a bit from their early dominance, which is mildly worrisome as conference play looms on the horizon, but, on the whole, I’d have to say that Georgia is in pretty good shape if I find myself fretting over the 13-run outburst that prolonged what is now a 13-game winning streak while looking ahead to a weekend series that begins on Friday the 13th. Hey, wait a minute. . . .