Share All sharing options for: Why the Auburn Tigers Should Be a Division Rival of the Georgia Bulldogs

While I haven’t exactly been a slacker at blogging lately (I’ve been covering the Diamond Dogs pretty thoroughly, if I do say so myself), I haven’t written anything about football in a while, and, really, you know, I know, and the American people know that it’s all about the football.

Accordingly, I was pleased when one of C&F’s recent "sprints" postings (which you really should be reading on a daily basis if you aren’t already) called my attention to War Eagle Atlanta’s argument for the proposition that Auburn belongs in the S.E.C. East.

Let me go ahead and get this out of the way: I hate Auburn.

I hate Auburn in the pit of my stomach and the marrow of my bones and the depths of my heart and the core of my soul. I hate Auburn from the belly button outward in every direction. I hate Auburn downward to the liquid hot magma in the center of the earth and I hate Auburn upward to the shining canopy of the heavens. If I had my genome sequenced and allowed it to be posted on the internet, I believe you would see that I carry an Auburn-hating gene. (Fortunately, this gene is dominant, which means my descendants will carry the congenital hatred of Auburn, too.) I hate Florida and Georgia Tech in the ordinary way that I’m supposed to hate them, but I hate Auburn in a way that causes me, as a Christian, to feel that I should ask God for forgiveness each November.

Accordingly, I could not agree more wholeheartedly with War Eagle Atlanta’s contention that the Plainsmen belong in the East and the Volunteers belong in the West.

War Eagle Atlanta’s painstaking case for this proposition is too factually detailed and historically intricate for me to do justice to it in summary; if you haven’t read it yet, go read it, right now, then come back. I’ll wait.

While the events of the last 17 years (since the expansion of the S.E.C. and the divisional split) have skewed our perceptions regarding which league foes are natural, and ought to be annual, rivals, War Eagle Atlanta is right that Tennessee’s series with Georgia and Florida are purely recent developments from a blood feud standpoint. Although the Bulldogs’ series with the Volunteers dates back to 1899, 24 of the 38 gridiron meetings between the two have happened in my lifetime . . . and, had I been born 50 days earlier, 25 of those 38 clashes would have occurred since my birth.

It’s a young rivalry with little history. In the first 35 seasons of Southeastern Conference competition, the ‘Dawgs and the Vols played just twice, and, for it to have been such a high-profile game in recent years, there have been remarkably few memorable classics among the series clashes. Any Georgia fan can rattle off a half-dozen storied outings in the rivalries with Florida, Auburn, and Georgia Tech, but there have been few such timeless games against Tennessee.

In terms of history and hatred (the two touchstones of sports rivalries), Georgia-Auburn is far bigger than Georgia-Tennessee and Florida-Auburn is far bigger than Florida-Tennessee. Moreover, the Volunteers’ most storied rivalry is with a Western Division team, Alabama. War Eagle Atlanta could not be more correct, therefore, when he claims that Tennessee’s natural fit is in the Western Division and Auburn’s natural fit is in the Eastern Division.

Granted, there is a certain geographic imbalance to putting Tennessee in the West while keeping Vanderbilt in the East, but the location of the S.E.C.’s member institutions ensures some degree of geographic imbalance unless we are going to divide the league into an S.E.C. North (Arkansas, Kentucky, Mississippi, South Carolina, Tennessee, and Vanderbilt) and an S.E.C. South (Alabama, Auburn, Florida, Georgia, Louisiana State, and Mississippi State), but the latitudinal line dividing Oxford from Jackson and Athens from Columbia is a fine one, subjecting M.S.U. to such an alignment likely would get the S.E.C. commissioner tried before the Hague, and no self-respecting S.E.C. institution would ever consent to being in anything called the North. 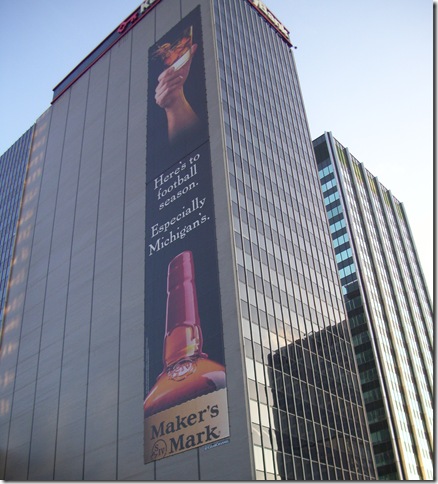 Actually, it’s a pretty good bet that, just because the whisky bottler did something to provoke a boycott from Michigan fans, we’re going to buy more Maker’s Mark than we would have already . . . which is saying something, considering that we tailgate harder for the spring game than most folks do in the fall.

Although the most sensible geographic split would send Auburn to the East and Vanderbilt to the West, that wouldn’t do much for competitive balance in the two divisions, last season’s result notwithstanding. Accordingly, the more sensible sacrifice is to do what War Eagle Atlanta suggests and line up every team with its most historically important natural rivals. 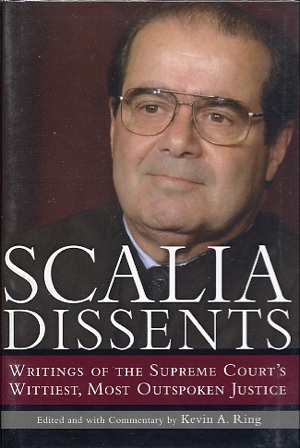 That’s true of me with regard to other things besides football, by the way.

Yes, it would mean that the Volunteers would begin facing either Kentucky or Vanderbilt on a rotating basis, as only one of them could be Tennessee’s permanent opponent from the other division. Frankly, I’m for throwing the ‘Dores under the bus on this one. I couldn’t care less about Tennessee’s rivalries with either, but there’s a liquor-themed victory trophy between U.T. and U.K., which earns pride of place for the Wildcats in my mind. Preserving Tennessee-Vanderbilt as a yearly affair simply isn’t as important as restoring Auburn’s rivalry with Florida.

Finally, I’d be willing to run the risk of having Alabama and Auburn (who, obviously, would be one another’s permanent opponents from the other division) finish first on both sides of the conference divide and meet again in the Georgia Dome. In order to eliminate the risk of them having to square off two times in consecutive weekends, we could relocate the Iron Bowl on the calendar, in yet another reclamation of imprudently discarded tradition.

That’s not as extreme as it sounds. The Tide and the Tigers had a 41-year break in their series, but, before the resumption of on-field hostilities, Auburn was the final game on Alabama’s schedule exactly zero times between 1896 and 1947. Put another way, the Crimson Tide have played 114 seasons of college football, during which they have faced Auburn last 60 times and someone other than Auburn last 54 times. Let’s not pretend that moving the Iron Bowl from the weekend after Thanksgiving is tantamount to putting lights in Wrigley Field.