The Diamond Dogs began the season with a sweep of Youngstown State while setting an opening weekend attendance record (8,868), posting double-digit run tallies in the campaign’s first three outings for just the second time since 1980, and amassing the Southeastern Conference’s best batting average (.412). What would they do for an encore against Presbyterian on Tuesday?

As a matter of fact, the game did not begin well for freshman Cecil Tanner, who was on the mound in the top of the first frame and gave up a leadoff single to Jesse Harmon. The Blue Hose right fielder took second base on a balk and, after Zac Rhinesmith stared at a called third strike, consecutive singles by Cory Lyda and Kenny Bryant gave the visitors an early 1-0 lead. Strikeouts by the next two batters prevented the damage from being worse than it was.

Clearly, the Red and Black did not like the idea of trailing a team that brought an 0-3 record into Foley Field, so they undertook to do something about it in the home half of the canto. Zach Cone led off with a base hit and Peter Verdin followed with a walk. A wild pitch advanced both baserunners. After the next two batters registered outs, Bryce Massanari plated two with a single up the middle. Although Joey Lewis grounded out to end the inning, the Bulldogs had taken a 2-1 lead and they did not look back.

The Blue Hose went three up and three down in the top of the second stanza, with two of their batters striking out to bring the Classic City Canines back up to the plate. A two-out double by Levi Hyams in the bottom of the frame enabled Cone to pad the Athenians’ lead with a run-scoring triple. The Georgia center fielder tried to leg one out, but he was cut down at home plate.

Wait a minute . . . the Presbyterian mascot is the Blue Hose? You mean like a garden hose?

Rhinesmith made it as far as second base in the top of the third inning after he was hit by a pitch and Lyda punched a base hit through the right side, but a Bryant pop-up and a Jared Combs flyout stranded the runner in scoring position. A leadoff single by Verdin in the bottom of the canto set the stage for Colby May to put one out in left center field and tack on two more runs for the Diamond Dogs.

Georgia was not then able to build on its 5-1 advantage, though not for lack of trying. Lewis drew a two-out walk, which was followed by a Lyle Allen double and a Michael Demperio base on balls to put three men aboard for Hyams. The Bulldog second baseman flied out to left field.

A two-out single was all Presbyterian had to show for the visitors’ half of the fourth frame and the game then settled into a lengthy scoreless stretch. A pair of two-out walks in the bottom of the inning amounted to nothing when Massanari struck out looking and a leadoff single by Harmon to start the top of the fifth stanza proved insufficient even to get a man as far as second base, much less home.

A flyout, a strikeout, and a groundout were all the Red and Black had to show for their turn at bat in the fifth frame, while back-to-back base hits by Combs and Bobby Cole to commence the action in the top of the sixth stanza were erased when Nate Horton put down the bunt that was turned into a double play. 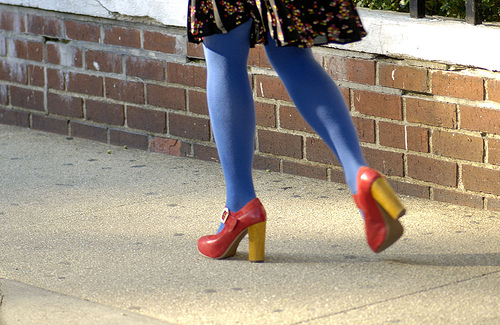 I’m still trying to wrap my brain around this whole "Blue Hose" thing. Is it like panty hose?

The action got underway again in the home half of the sixth canto, when Cone sent a one-out single into left field and advanced as far as third on a pair of wild pitches. Once Chase Davidson went down swinging, May drew a base on balls to put two men aboard for Rich Poythress, whose home run to left field made the score 8-1. Another walk was issued to Massanari before Lewis grounded out, but the scoring was completed.

Rhinesmith’s two-out single in the top of the frame and Demperio’s walk in the bottom of the stanza produced the only baserunners for either team in the seventh inning. The eighth canto opened with consecutive strikeouts, which were followed by meaningless back-to-back singles. Drew Wingo grounded out to strand both baserunners.

No Diamond Dog made it out of the batter’s box in the home half of the penultimate frame and Dean Weaver was brought in to close it out in the top of the ninth stanza. Mack Hite and Dane Fehr were sent in as pinch hitters, but a couple of groundouts and a flyout were the sum total of the Blue Hose’s showing in the final inning, rendering the bottom of the canto superfluous.

The contest was marred by only one error by either team, which did not allow an opposing player to reach base. Unnervingly, Presbyterian out-hit Georgia, 11-9, but S.E.C. freshman of the week Johnathan Taylor was on the bench receiving a well-deserved rest after an opening weekend that left him leading the league in batting average (.800), hits (8), and on-base percentage (.867) and atop the squad in slugging percentage (1.100), walks (4), and stolen bases (3). 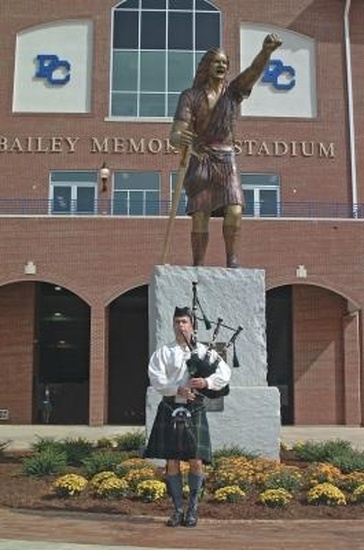 The same skeptics who said after Sunday that it was just Youngstown State are at least as justified in asserting this evening that it was just Presbyterian . . . although, to be fair, the Classic City Canines’ all-time record against the Blue Hose was just 5-4 heading into Tuesday evening’s outing.

While the quality of the opposition was suspect, true freshman Zach Cone went three for five with a triple and an R.B.I. in his first collegiate action as a leadoff man. Fellow frosh Cecil Tanner worked three full innings, striking out five and walking none in the process of conceding only one earned run. Blue Hose batters struck out eight times but did not register so much as a single extra-base hit or even a lone walk.

It is, admittedly, a bit soon to begin booking rooms in Omaha based upon the Red and Black’s 4-0 start. There is, however, this fact to consider: Georgia’s rookies are playing, and contributing. Five freshmen were in the starting lineup on opening day---a first for the David Perno era in Athens---and first-year collegians notched 23 of the Diamond Dogs’ 47 hits in the three-game set against Youngstown State.

O.K., so that was just Youngstown State and this was just Presbyterian. For crying out loud, their mascot is the Blue Hose. I will grant you that the schedule so far has been weak. If the Georgia freshmen are playing this well this soon, though, what will the future hold in store when they get it all figured out in time to face top-tier competition?