The defending Southeastern Conference champion Diamond Dogs opened their spring slate at Foley Field on Friday evening, armed with Easton bats, and produced 17 hits and 15 runs in their biggest opening day scoring outburst since 2000. No starter in the Georgia lineup was held without a hit in the win over the visiting Youngstown State Penguins. What did I tell you?

The season’s first start went to Trevor Holder, who got through the first frame without surrendering a hit. The Georgia hurler struck out John Koehnlein and Eric Hymel before inducing Joe Iacobucci to ground out to second base. Johnathan Taylor, the Red and Black’s first batter, was hit by a pitch from Aaron Swenson, but he was caught stealing before Michael Demperio and Colby May went down swinging to conclude a scoreless opening stanza.

Youngstown State was retired in the top of the second inning on a Greg Dissinger groundout, an Anthony Porter strikeout, and a Jacke Healey flyout. The first hit of the season came in the second at-bat of the home half of the frame, when Bryce Massanari followed up a Rich Poythress strikeout with a double down the right field line. The second hit of the young campaign ensued immediately thereafter, when Joey Lewis went in the opposite direction for the run-scoring double down the left field line that plated the Bulldog catcher.

An error by Penguins third baseman C.J. Morris allowed Chase Davidson to reach first base and Zach Cone hit into the fielder’s choice that put runners at the corners with two outs. Any shot at a big inning was ended by Levi Hyams’s subsequent pop-up, but the home team had taken a 1-0 advantage.

To reiterate, that number of runs would be: one.

The top of the third canto began well for the Diamond Dogs, with a strikeout by Tom Clayton, but Morris made up for his earlier miscue by singling to right field. After striking out David Leon, Holder surrendered a base hit through the right side, enabling the Youngstown State third baseman to advance to his accustomed position. It was the Penguins who now had baserunners at first and third with two outs away in the inning, and they fared no better than their hosts, as Hymel grounded out to silence the threat.

Taylor led off the bottom of the inning by drawing a walk and, after Demperio swung at strike three, May drove the first home run of 2009 out to center field to give Georgia a 3-0 advantage. Subsequent singles by Poythress and Massanari put two men aboard for Lewis, but the Red and Black designated hitter popped up and Davidson grounded out to prevent additional scoring.

The visitors went three up and three down in the top of the fourth frame. Although Cone struck out swinging to start the bottom of the canto, a single by Hyams and a double by Taylor drove another run across home plate. The Bulldog outfielder tried to make something happen with his legs as well as his bat, but Taylor again was caught stealing at third. Base hits by Demperio and May once more put runners at the corners with two men out, but Poythress lined out, so the score remained unchanged.

After Healey popped up to get the top of the fifth inning underway, Holder plunked Clayton to put a man aboard. Morris lined into the double play that ended the threat, allowing the Diamond Dogs to return to the plate. Although Massanari led off by striking out swinging, the combination of a Lewis walk, a Davidson double, and a Hymel error brought another run home. A Cone single pushed across an unearned run and forced a Y.S.U. pitching change, after which Hyams flied out, Taylor walked, and Demperio hit into an inning-ending fielder’s choice. 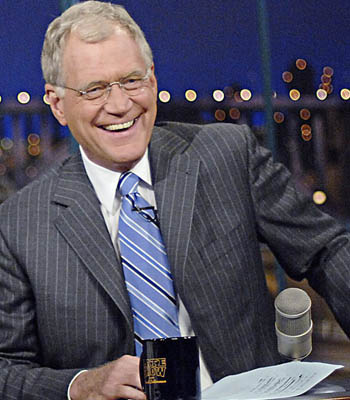 The sixth stanza started with a Leon double, and, after Koehnlein went down swinging, a Hymel triple put the Penguins on the board. This marked the end of the evening for Holder, who tallied six strikeouts and surrendered four hits while facing 20 batters. Cecil Tanner came on in his place, plunking Iacobucci and surrendering a run-scoring single to Dissinger before extracting a double-play ball from Porter.

The first two Diamond Dogs to step into the batter’s box in the home half of the inning registered outs, but Massanari drew a base on balls and Lewis reached on another Youngstown State error, paving the way for a Cone single and still another error to tack on two more unearned runs and force another Penguin pitching switch.

At that point, frankly, the live-scoring software available at GeorgiaDogs.com froze up on me, and the box score available at the university athletics website lacked play-by-play information, so I am reduced to generalizations from this point forward. I apologize for the fact that, obviously, I am not in midseason form.

Fortunately, though, the Diamond Dogs were. After completing a two-run sixth inning that restored the home team’s six-run lead, Georgia sent Justin Earls to the mound in the top of the seventh frame. The Bulldog reliever surrendered one hit and no runs to the four batters he faced before the floodgates opened in the bottom of the inning. 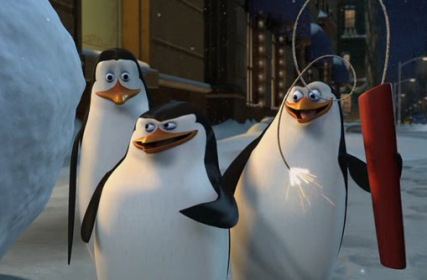 Skipper, Kowalski, Rico . . . you may not want to watch this next part.

The home half of the seventh canto saw a six-run explosion from the Red and Black as the Athens nine built up a 14-2 advantage. Dean Weaver surrendered two hits in two innings’ worth of work as the closer and the Diamond Dogs tacked on an additional run in the bottom of the eighth frame. It was not necessary to play the bottom of the ninth stanza at Foley Field, which is always nice.

It wasn’t all perfect, of course. David Thoms committed an error, Taylor was caught stealing too often, two Youngstown State batters were hit by Bulldog pitchers, and---worst of all---the Red and Black stranded 14 baserunners. Still, Georgia got solid production from its pitching staff, including more than five innings of quality worker from starter Trevor Holder and nearly four innings of scoreless relief from the bullpen. The Diamond Dog hurlers surrendered eight hits and one walk while notching nine strikeouts.

Coupled with the Red and Black’s offensive explosiveness, it was a fine start to the season for the Georgia baseball squad. It is much too early to begin making forecasts, but maybe, just maybe, David Perno could be fielding a fine team in an odd-numbered year for the first time in his tenure.