Don't Bet On It!: The Final Verdict for My 2008 Predictions

Share All sharing options for: Don't Bet On It!: The Final Verdict for My 2008 Predictions

I made plenty of erroneous predictions before the season started, but, hey, that was in August. What did we know in August? Surely, by the time the regular season was behind us, we were hip-deep in information and I was making sound and prudent judgments, right?

Not so much, actually. Following the conference title tilts, my overall prognosticating records for the 2008 campaign were 45-36 nationally and 68-18 in Southeastern Conference outings. Then came my foray into predicting the bowl games.

As often is the case, I stumbled out of the gate with the minor bowl games but regained my footing to finish strong once the bigger games rolled around and S.E.C. teams started playing. (No conference teams were in action prior to New Year’s Eve, you will recall.) 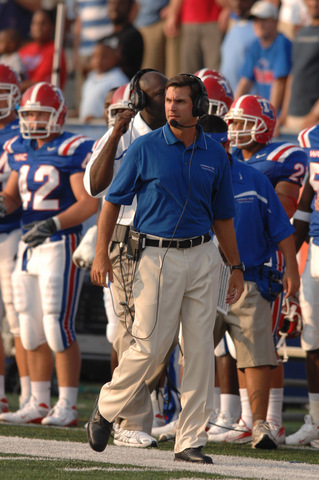 Granted, our failure to get an additional team qualified for the Independence Bowl helped in that regard.

My overall postseason ledger of 20-14 breaks down to 4-4 in contests involving S.E.C. squads and 16-10 in outings in which neither competitor was from the Southeastern Conference, which is the opposite of the way it usually goes. Nevertheless, it is what it is, so the final tally for my 2008 forecasts came to 61-46 (.570) in the rest of the country and 72-22 (.766) in the league.

As always, those figures are skewed by two facts: I pick the games straight up and not against the spread, and I pick every game involving an S.E.C. team, even the rent-a-win games against Division I-AA competition. In other words, my regular advice remains applicable: Don’t Bet On It!