Mark Richt: Why I Want to Believe a Nice Guy Can Finish First

Share All sharing options for: Mark Richt: Why I Want to Believe a Nice Guy Can Finish First

I don't think one fan has brought up something that we haven't thought of. We think about all these things. We're trying to make the best decisions that we can make. It gets down to a couple things: One is your focus, and you must focus on what's important now, and that's what we're doing. We're focused on getting ready for this next ball game. That's what we have to do. That's what we're called to do. That's what we were hired to do. Then we try not to watch or listen or any of that type of thing because the bottom line is, I want to do things that give us the best chance to have success at this particular moment. . . .

I'm not going to try to control the things I can't control. I don't know what's going to happen. I wouldn't underestimate our fan base. They do love the Dawgs, you can tell by their passion, and I'm sure they want to support our young men. And we want the fans to handle adversity well, too. I can understand their feelings of being upset or being curious or whatever it might be, but we're all still Bulldogs, and we all still want to support these young men. So I think our fan base will do a good job. . . .

We've done pretty well. This year, we have not. So we were averaging 10 wins a year, have won the SEC twice, and we hadn't won one in 20 years. So it's not like we've just been floundering around. This year we have been. Let's face it. And I don't like it. People that know me well or the team or the coaches, they know that I've got another edge to me that maybe I don't show publicly all the time. Maybe that's what the public wants to see. But if you're going to be accused of something, being accused of being a nice guy is not the worst thing to be accused of. 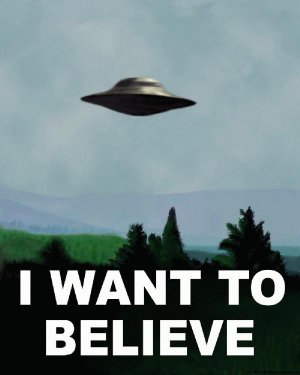 Reading the comments from Coach Richt related to us by David Hale and quoted above, I was reminded how much it means to me, and how much it ought to mean to all of us, not to have to root for head coaches who make us write such things as these in their defense:

Don’t look at us: there’s little deep emotional bonding with Urban Meyer, since his relationship with the Florida fanbase is like that of a mob boss with his prize assassin. We pay him to eliminate people in cold cash. He does that. We exchange Christmas cards and formal handshakes. Urban Meyer is not a cuddler with anyone, as far as we know, and only prizes the sweet embrace of victory and cold vengeance.

Ask Mark Richt about that. Mark Richt is the nicest human being on the planet, a man who takes in the stray children of the world, bonds with his players in teary team meetings, and probably always leaves too much money in the Starbucks’ tip jar even though the barista simply turned, poured coffee, and then presented said coffee to you. Mark Richt is a saint walking among us . . .

It is important that the man who leads my alma mater’s football program has not so thoroughly distorted my sense of values that I would ever write anything as morally warped as this:

Antiquated ideas like "class," "standards" and even "sportsmanship" are nothing more than tools—words with no real meaning that are used as weapons when someone doesn’t like what someone else is doing.

Winning matters. It’s the only objective measure of success.

Mark Richt is a good man. That counts for a lot. It counts for more, even, than having the highest winning percentage of any football coach in school history, although he has that, too.

I stand by what I wrote Saturday night. This program is in need of major changes, including staff changes which must at a minimum involve the replacement of our present defensive coordinator, and, while I want Mark Richt to remain at the helm, I now am at the point at which what I need as a fan outweighs what I want as a fan. Every year, Damon Evans sends me an annual report as though I were a shareholder in University of Georgia athletics, which, in a sense, I am, and the program has failed of late to give me an acceptable rate of return on my investments, financial and otherwise. I take no joy in arriving at that juncture, but this is the crossroads at which we find ourselves.

I still hold out hope that we can replace Willie Martinez without also having to replace Mark Richt. In his screenplay for the movie "American Graffiti," George Lucas described Curt Henderson as a hopeless romantic who liked to think of himself as the town cynic; that characterization probably applies to me. Like Coach Richt, I can think of worse accusations to which I could be subjected.

On Saturday, I will be taking my son to Sanford Stadium to see Georgia play Tennessee Tech. At some point, I will spot Mark Richt on the sideline and point him out to the six-year-old boy sitting beside me. I know that, by taking my son to college football games, I am sending a signal that he will see there things worthy of emulation. I will feel no twinge of conscience at the thought that I am tacitly endorsing my son’s adoption of Mark Richt as a role model. If my son is going to grow up admiring a football coach, he would be hard-pressed to pick a better one than Mark Richt. Certainly, the man even rival fans call "the nicest human being on the planet" would be far preferable to the man whose supporters describe him as their "prize assassin."

Damn it, Mark, one of us has to make a decision we don’t want to make. We all wish this decision didn’t have to be made, but we all know it does. This isn’t some knee-jerk reaction; I wanted Willie Martinez fired three years ago, then I talked myself out of it, then I arrived at a firm conviction and I did so without passion or prejudice.

I know he’s your friend. I know he’s a good man. I know he has a wife, Kim, and three children, Christina, Ashley, and William. I take no pleasure in telling them it’s time for them to pull up stakes, find a new job, and start over somewhere else.

It’s not fair, but that’s life. That, as they say, is why you make the big bucks. I pray that you will make your decision, Mark, so that we don’t have to make ours. Please.