It has gotten to the point where I look forward to casting my SEC Power Poll ballot about as much as a one-hit wonder enjoys looking at the Billboard top 40 five weeks after the band’s first single charted. We both know it’s all downhill from here. 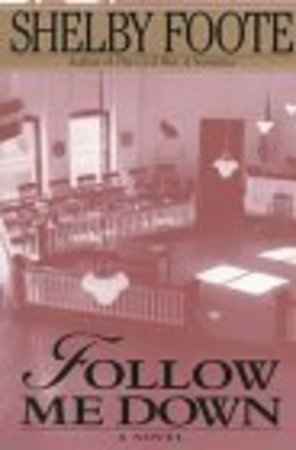 This is the Shelby Foote novel that best summarizes a Georgia fan’s experience of following the SEC Power Poll. No, the image isn’t blurry; you’re still drunk from Saturday . . . or, if you’re not, you should be.

2. Alabama Crimson Tide (8-0): Nick Saban still fields the most complete team in the league, but the ‘Bama bye week, coupled with "The World’s Largest Outdoor Cocktail Party Like It’s 1999," allowed the Sunshine State Saurians to slip past the Red Elephants. Fear not, though; the Tide will get their shot at the Gators in the Dome.

3. LSU Tigers (7-1): Scoring 42 points on an in-state rival that used to play in the SEC doesn’t impress me; heck, we did the same thing last year. Shutting out said in-state rival, though? That I’ll give you credit for doing!

4. Auburn Tigers (6-3): Just when you thought it was safe to go back to taking the Plainsmen for granted, Gene Chizik’s club rebounds with a vengeance. Hopefully the disadvantage of facing Auburn at home will be offset by the advantage of having the worse record.

5. Tennessee Volunteers (4-4): All this orange at the top of my ballot makes me want to puke, but Lane Kiffin’s outfit is .500 with a bullet, baby!

6. Arkansas Razorbacks (4-4): Yes, it was just Eastern Michigan, but the Hogs hung 63 on the Chippewas Spartans Broncos Wolverines whatever bumbling bunch of Michiganders that was.

7. South Carolina Gamecocks (6-3): I’d pay cash money to get these guys in November just once so we could cruise to an easy win, too. The Palmetto State Parachutists begin their annual descent. The Navy Seals don’t drop with this kind of clockwork.

8. Mississippi Rebels (5-3): When people spend the preseason talking you up because of your favorable schedule, you’re already doomed.

9. Mississippi St. Bulldogs (4-5): It sounds like an insult, but it isn’t: Dan Mullen’s squad is the best 4-5 team in the country. While all three of the league’s rookie skippers have done better jobs than expected, Coach Mullen clearly is the best of the first-year sideline-stalkers, and maybe even the SEC coach of the year.

11. Georgia Bulldogs (4-4): Anyone who protests this placement needs to call my office and schedule an appointment to come look me in the eye and say, "I believe Georgia would beat at least one of the teams listed in your top ten next Saturday." If you’re prepared to do such a thing, call yourself a cab, because you’re in no shape to be driving anywhere.

12. Vanderbilt Commodores (2-7): Vandy hung with Georgia Tech for a half, which I’ll be happy if the Red and Black can do on November 28.