Share All sharing options for: Too Much Information: Georgia Bulldogs v. Auburn Tigers

I was feeling moderately all right about this one until Senator Blutarsky reminded me about the turnovers and I was sent into a tailspin by MaconDawg’s exegesis of the chess match between Bobby Fischer and SpongeBob SquarePants X’s and O’s battle between Gus Malzahn and Willie Martinez. The Senator summed it up nicely by encouraging "an attitude of quiet despair" and Jujdog put the best face on the probability of a 1-2 finish by asking how we felt about the likely silver lining.

I always consider Auburn one of the scariest opponents on the schedule, partly because of the weird nature of the series---neither home field advantage nor a better record means much of anything in the rivalry---and partly because there is no team I would rather beat and arguably no team I would less rather lose to than the Auburn Tigers.

Have I mentioned that I hate Auburn?

Nevertheless, the show must go on, so it is time for my weekly statistical/historical breakdown of the Bulldogs’ upcoming opponent in a segment we here at Dawg Sports like to call . . . Too Much Information.

The Plainsmen are 17-9 all-time in Sanford Stadium and it isn’t hard to figure why, at least not lately. In the last dozen series meetings between the hedges, Auburn has scored 20 or more points eleven times and has topped 30 points in five of the last eight battles in Athens. There may be no more frightening confluence of circumstances for a Georgia fan than the prospect of a Gus Malzahn-led Auburn offense arriving in Athens ranked second in the SEC in scoring offense and first in the conference in total offense to face a Willie Martinez-coached defense.

Fortunately, the Plainsmen are even worse defensively than the ‘Dawgs, if such a thing is possible. Auburn ranks last in the league in scoring defense, surrendering half a point per game more than Georgia’s woeful 26.1-point average, and the Tigers place eleventh in the SEC in total defense. For what it’s worth, Vanderbilt ranks ninth in total defense (353.2 yards per game allowed) and Arkansas ranks last (407.2 yards per game allowed). The Bulldogs rolled up 399 yards of total offense against the Commodores and 530 against the Razorbacks. The ‘Dawgs move the ball against bad defenses, so it’s promising that the Orange and Blue concede 360.9 yards per contest.

The toothbrush was invented by a professor at Auburn University. We know this because, if it had been invented anywhere else, it would have been called the teethbrush. 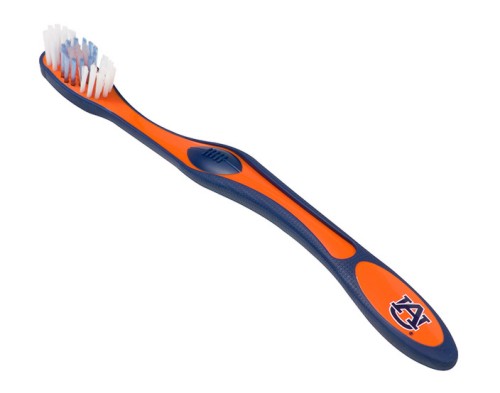 The Plainsmen rank last in the SEC in punt returns. The Bulldogs rank first in the SEC in punting. If Georgia wins this game, Drew Butler likely will be the MVP . . . not that I’m at all averse to letting a Butler be the hero against the orange-clad rival Tigers formerly coached by John Heisman in Sanford Stadium!

The Feel Good Bad Stat of the Week

I started this last week when I abandoned all hope out of recognition of the fact that optimism had failed utterly, and the result was a shutout of Tennessee Tech. Rather than point to a statistical or historical anomaly of dubious validity that seemingly offers cause for confidence, I now try to dredge up the datum most likely to leave Bulldog Nation demoralized and dejected. It’s for our own good, trust me.

When you expect the worst, your only options are to be proven correct or pleasantly surprised.

It goes without saying that I want us to win, but, if we aren’t going to win, we’re better off getting the snot beaten out of us. A 21-17 setback, which deals us a heartbreaking loss without affecting adversely Willie Martinez’s job security, does us no good.

At the end of the day, I agree with vineyarddawg’s prediction of either a low-scoring close victory or a blowout loss. Unfortunately, I’m afraid everything is converging upon the latter likelihood.

Historically, this series has been incredibly close. As of the end of the 2004 season, after 108 meetings, Auburn led the all-time series scoring against Georgia by a cumulative margin of 1,619 points for the Plainsmen to 1,618 points for the Bulldogs. The Red and Black have since taken the overall scoring lead, thanks to wins by margins of 37-15 in 2006 and 45-20 in 2007, and Georgia now holds a 49-point edge.

I think that advantage evaporates between the hedges on Saturday night. The Tigers’ widest victory margin over the Athenians is a 44-point thumping administered way back in 1900. I think Auburn makes history tomorrow. I hate Auburn.