Oftentimes, I don’t even bother looking at last week’s BlogPoll ballot, but, this time, I did. I looked at what each team did this week and adjusted accordingly, bearing in mind all the while that this is a draft, and is, therefore, subject to further alteration based upon reader feedback and insight, which I openly solicit. Here is how the top 25 presently stands, in my estimation:

The second-ranked Alabama Crimson Tide stayed put during their bye week, as did the teams ranked 21st through 24th, all of which either had Saturday off (Arizona Wildcats) or did nothing to distinguish themselves (Notre Dame Fighting Irish, Utah Utes, and California Golden Bears).

The Iowa Hawkeyes remained unbeaten but dropped to fourth after trailing the four-win Indiana Hoosiers by two touchdowns at the break and needing some very questionable officiating to avoid giving up another score. I considered putting the Big Ten frontrunner behind the Oregon Ducks, who leapt from tenth to fifth on the strength of their 47-20 win over the USC Trojans. Southern California fell to twelfth.

The Texas Longhorns took over the top spot while the Florida Gators rose to third. The Sunshine State Saurians failed to beat out the ‘Horns, despite their identical 8-0 records, because Texas won 41-14 on the road, Florida won 41-17 at a neutral site, and the Longhorns defeated a team (Oklahoma St. Cowboys) that had begun the season by defeating the team the Gators defeated (Georgia Bulldogs).

The Georgia Tech Yellow Jackets slipped from sixth to tenth after giving up 31 points to the Vanderbilt Commodores, who are 2-7 and winless in SEC play. The Engineers were tied with the Music City Sailors at intermission, which was par for the course: Paul Johnson’s club had escaped with close wins in three of the Yellow Jackets’ six previous Division I-A victories, despite having beaten three 5-3 teams, a 4-4 team, a 4-5 team, and a 3-5 team.

This allowed the TCU Horned Frogs (who carded comparable wins over the Virginia Cavaliers and Clemson Tigers, and who thrashed a legitimate opponent in Brigham Young), Cincinnati Bearcats (who have beaten both Rutgers and South Florida by double-digit margins on the road), and Boise St. Broncos (who beat Oregon) each to ascend one notch to fill the void left by a displaced Golden Tornado outfit that is 0-1 against opponents who are anything more than mediocre. The LSU Tigers inched up two slots to make way for drops by the Men of Troy and the Ramblin’ Wreck. 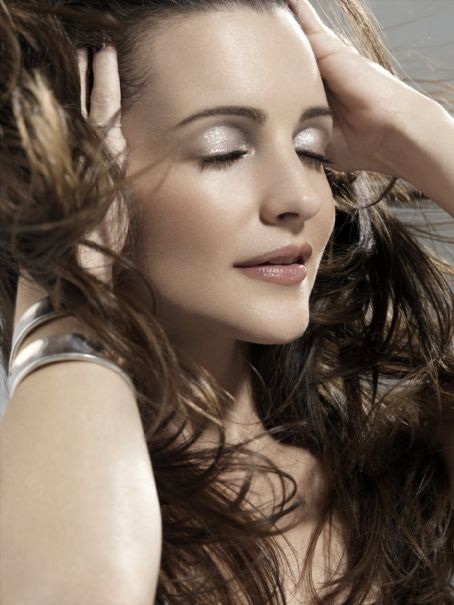 State University of New Jersey alumna Kristin Davis can tell from the above parenthetical mention of Rutgers that her Scarlet Knights finally are going to get their due, and she evidently is pleased by this realization.

The Virginia Tech Hokies’ loss to the North Carolina Tar Heels cost the Gobblers their spot in the top 25, as did losses by the South Carolina Gamecocks, West Virginia Mountaineers, and Mississippi Rebels. Because I couldn’t very well allow the Miami Hurricanes to move up after trailing the Wake Forest Demon Deacons 27-14 at the end of three quarters, the Pittsburgh Panthers vaulted over their former Big East rivals into the No. 11 poll position during Pitt’s bye week.

Likewise, I couldn’t permit the Houston Cougars to advance on the strength of a 50-43 win over the Southern Miss. Golden Eagles, so the singularly undeserving Penn St. Nittany Lions jumped up to No. 14 following an outing in which they were tied with the Northwestern Wildcats after 45 minutes. I cannot justify this, except to say that there are, at most, a dozen teams worthy of being ranked this week.

The Ohio St. Buckeyes moved up, which makes me want to puke, and the South Florida Bulls earned a No. 17 ranking with a 6-2 record following USF’s spanking of the Mountaineers. That left space after the Pokes, who ended up at No. 18 due to the dearth of deserving candidates, so three largely unimpressive 6-2 squads broke into the rankings in the form of the Wisconsin Badgers (who blasted the Purdue Boilermakers, a bad team that upended Ohio State), Rutgers Scarlet Knights (who sneaked by the pesky Connecticut Huskies), and BYU Cougars (who shrewdly timed their open date to make me forget how bad they’ve looked in their losses).

Honestly, if we had to vote for a top 26, I don’t know where I’d have come up with another team, because I was scraping the bottom of the barrel as it was. This week, I watched the North Carolina-Virginia Tech game on Thursday and most of the South Florida-West Virginia game on Friday. On Saturday, I watched bits of the Indiana-Iowa game, a fair amount of the Auburn-Ole Miss game, the tail end of the Florida State-N.C. State game, all of the Georgia-Florida game, and most of the South Carolina-Tennessee game.

As always, my intention in airing my ballot early is to elicit questions and constructive criticisms, so please feel free to offer your thoughts in the comments below.