Because the Georgia Bulldogs had yesterday off, I was able to do my first full-fledged resume-ranking BlogPoll ballot of the season this week. I did not look at last week’s ballot or at any other person’s or entity’s top 25 in compiling my rankings, so any arrows below are indicative of absolutely nothing. Based upon my assessment of the season-long records of achievement of the teams in Division I-A, I concluded that (a) virtually everyone’s resume was less impressive than I thought and (b) the top 25 teams in the land are these, in this order:

In almost every instance, one team got the nod over the other because the lower-ranked team was worse rather than because the higher-ranked team somehow impressed me. Frankly, we have ourselves a singularly unimpressive set of teams in college football this year. No team appears even poised for greatness, much less to have achieved it; it seems as though half the teams in Division I-A are either 4-3 or 3-4. The rationale behind my ballot follows:

The Iowa Hawkeyes earned the top spot on my ballot, in spite of their narrow escapes against Arkansas State and Division I-AA Northern Iowa, because their six triumphs over teams at or above .500 include solid victories over the 17th-ranked Penn St. Nittany Lions and the 21st-ranked Arizona Wildcats, as well as wins of moderate quality against the likes of the Wisconsin Badgers and the now slightly less wholly unworthy Iowa St. Cyclones.

Although the Alabama Crimson Tide were not helped by their uncomfortably close shave against a 3-4 club, Nick Saban’s squad slipped behind the Big Ten frontrunners by virtue of the fact that half of the Red Elephants’ triumphs came against opponents with losing ledgers, including two 1-6 teams in Florida International and North Texas. Nevertheless, wins over the 12th-ranked Virginia Tech Hokies, 18th-ranked South Carolina Gamecocks, and 25th-ranked Mississippi Rebels kept the Tide high.

The Texas Longhorns have looked like a top-ranked team, but against whom? Their best win (over the Oklahoma Sooners) came in their worst performance and four of their wins are against 4-3 teams. The Florida Gators haven’t played particularly impressively, at least on offense, and half of the Sunshine State Saurians’ Division I-A victories have come against teams with losing records. Against BCS conference competition, Urban Meyer’s squad has been sub-par more often than not, but a 7-0 record with a win over the LSU Tigers still counts for quite a lot.

Triumphs over the 19th-ranked Ohio St. Buckeyes, the 22nd-ranked Notre Dame Fighting Irish, and the 24th-ranked California Golden Bears enabled the USC Trojans to claim a spot in the top five in spite of Southern California’s embarrassing loss to the Washington Huskies. Although only one of the Georgia Tech Yellow Jackets’ victories came over a team with a record better than 4-3, that Virginia Tech win carries considerable weight and the Ramblin’ Wreck’s close calls against the Clemson Tigers and Florida St. Seminoles both look slightly better than they did 48 hours ago.

The TCU Horned Frogs’ complete dismantling of the BYU Cougars gave Texas Christian’s 7-0 record more heft than the Cincinnati Bearcats’ identical mark, since Cincy has beaten two decent teams (South Florida and Rutgers, both 5-2) but no good ones, and since most of what the ‘Cats have accomplished has come against teams that are mediocre (Fresno State and Oregon State, both 4-3) or bad (2-5 Louisville, 0-8 Miami (Ohio), and Division I-AA Southeast Missouri State). The Boise St. Broncos’ resume is similarly flawed, but is buoyed by the season-opening win over the Oregon Ducks, upon the basis of which I might be persuaded to elevate Boise State over Cincinnati. 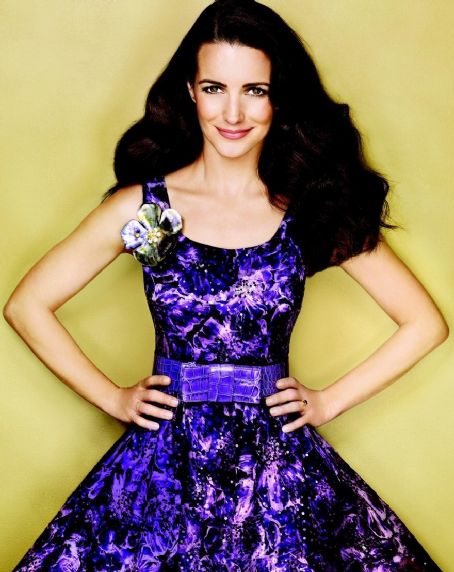 Although nonplussed by the Scarlet Knights’ omission from the Dawg Sports top 25, Rutgers alumna Kristin Davis at least was pleased that her alma mater was referred to as a "decent team."

Speaking of Oregon, the Ducks finished out the top ten on the strength of wins over the 23rd-ranked Utah Utes and 24th-ranked Cal. While Virginia Tech’s wins over the Boston College Eagles and the Miami Hurricanes were more impressive than Louisiana State’s victories over Auburn and Georgia, the Bayou Bengals have only one loss (to undefeated Florida) and the Hokies have two (to undefeated Alabama and once-beaten Georgia Tech). The ‘Canes, with wins over the Yellow Jackets and the Sooners, managed to parlay their 5-2 record into a No. 13 ranking, just behind the 5-2 ACC rival to whom Miami lost.

The Pittsburgh Panthers and their 7-1 ledger edged out the Houston Cougars and their 6-1 record, in spite of the fact that the latter’s best win (over Oklahoma State) is superior to the former’s (over Navy), because Pitt’s narrow loss to a 3-4 club (N.C. State) was less damaging than Houston’s wider loss to a 3-4 outfit (UTEP). The Oklahoma St. Cowboys, who lost to the Cougars head to head, came in right behind Houston, as the Pokes’ three wins over winning teams all came against 4-3 squads and their victories over Division I-AA Grambling and winless Rice count for little.

Penn State did not deserve a ranking higher than 17th because the Lions’ ledger is padded with wins over Division I-AA Eastern Illinois and a pair of 1-6 teams (Akron and Illinois). Their win over the Michigan Wolverines was a good one, but, after that, Penn State’s best triumph arguably was over Temple. I might have elevated South Carolina past Joe Paterno’s squad, were it not for the facts that the Palmetto State Poultry are weighed down by a loss to a mediocre Georgia team and all four of the Gamecocks’ wins over BCS conference competition (even lowly Vanderbilt) were nailbiters.

The Buckeyes have looked impressive against opponents at or below .500 (including a trio of 4-4 outfits in Indiana, Minnesota, and Toledo), but they are hampered by their loss to the Purdue Boilermakers (now sitting at 3-5) and the fact that their only quality victory was a close shave against the Navy Midshipmen. The West Virginia Mountaineers have little to show for their season except a last-second escape against a Connecticut club with a 4-3 record, and WVU’s loss to the Auburn Tigers looks increasingly dubious.

The pervasiveness of middling underachievement among mediocre teams with soft schedules enabled Arizona to sneak into the poll at No. 21, largely because of a win over the Central Michigan Chippewas, who now stand at 7-1. Likewise, the Golden Domers haven’t done much, managing four narrow wins over teams with records ranging from 5-3 to 3-5 while dropping a pair of heartbreakers to Michigan and USC, but the win over Boston College gave Notre Dame a better claim than the Utes, whose only tussle with a team sporting a winning record resulted in a close loss to Oregon. Utah’s wins came against two 3-5 teams (Colorado State and UNLV), two 2-5 teams (Louisville and Utah State), and one 1-5 team (San Jose State), so the recent addition of a close call against a .500 Air Force outfit actually aids the quality of the Utes’ resume.

By now, it’s clear we’re scraping the bottom of the barrel and are in dire need of going back to a top 20, like in the old days. Still, I am required to rank 25 teams, so I went with Cal, which is 5-2, has yet to beat a Division I-A team with a winning record, and lost a pair of conference games to 6-1 teams in outings which were not close. At least the Golden Bears beat Minnesota, which is 4-4; that’s more than I can say for Ole Miss, which has beaten a Division I-AA team (Southeast Louisiana), a 2-6 team (Vanderbilt), a pair of 2-5 teams (Memphis and UAB), and a 3-4 team (Arkansas). Since the only other choice was a Navy club with wins over two winless squads (Rice and Western Kentucky) and narrow escapes against two 4-4 teams (Air Force and Wake Forest), I had to give the last spot in the poll to the Rebels.

I watched the Tulsa-UTEP game on Wednesday, the Florida State-North Carolina game on Thursday, and the Army-Rutgers game on Friday. On Saturday, I watched a large portion of the Arkansas-Ole Miss game, portions of the Boston College-Notre Dame game, most of the last quarter of the Alabama-Tennessee game, the bulk of the Clemson-Miami game, and virtually all of the Auburn-LSU game.

Your constructive criticisms are welcome and invited. I have until Wednesday morning to make revisions and I am open to insights, recommendations, questions, and suggestions.