Your patience is about to be rewarded, faithful reader. You have reviewed the national games of interest and followed me around the SEC, so just one stop remains on our tour of the weekend’s college football action. It is now time to take a look at tomorrow’s least compelling matchup, to which we here at Dawg Sports refer as the national game of disinterest.

It was tough to find this week’s least worthy contest. Dishonorable mention goes to the Indiana Hoosiers’ visit to the home of the Northwestern Wildcats for a game pitting a pair of 4-3 teams sporting 1-2 records in Big Ten play. Consideration was given to recognizing the Rutgers Scarlet Knights’ face-off with the Army Black Knights, which is going on even as I write and which does not feature jousting, despite the names of the contestants. 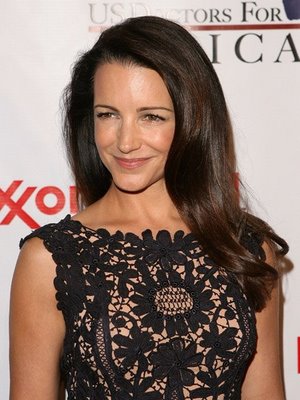 State University of New Jersey alumna Kristin Davis was not pleased by the preceding dig at her alma mater, but, as a professional actress, she was able to hide her outrage effectively.

At the end of the day, though, there could be only one choice for the national game of disinterest:

Honestly, this would be more intriguing if you took the college football teams out of it altogether and just went with the mascots. I was a "Twin Peaks" fan and I saw "Southern Comfort," so I can tell you with absolute certainty that a fight between large fierce birds embodying evil spirits and rural Louisianans inebriated to the point of anger on homemade alcoholic beverages would be much more fun to watch than a Sun Belt Conference outing.

The real problem with this game, though, is that I, like 98 per cent of all college football fans, can’t tell either of these teams from their in-state rivals.

Be honest. If I’d just said it was the Owls, you wouldn’t have known for sure whether we were talking about FAU or FIU. At this very moment, you’re giving serious consideration to running a surreptitious Google search to see whether the Owls are the ones who are coached by Howard Schnellenberger.

Having one team like that in a game is bad enough, but you had the same reaction to the other competitor. If I’d just said it was the Ragin’ Cajuns, you wouldn’t have known for sure whether we were talking about Louisiana-Lafayette or Louisiana-Monroe. At this very moment, you’re giving serious consideration to running a surreptitious Google search to see whether the Ragin’ Cajuns are the ones who used to be the Indians until they changed their mascot to something more politically correct. (Hey, "Ragin’ Cajuns" is just as politically correct as "Warhawks," which is to say, not.)

When knowledgeable college football fans don’t know for sure who either team is, you have all the ingredients of the national game of disinterest. All that’s missing, really, is pervasive doubt over whether either or both of these teams plays in the Atlantic or Coastal Divisions of the ACC.