Now that we have taken our weekly trek around the SEC, we may turn our attention to the noteworthy games around the country. I somehow managed to go 4-0 in last week’s national forecasts to improve my non-SEC ledger for the fall to 16-17. It should go without saying that, when even an undefeated week can’t boost my prognosticating record to .500, you need to take me seriously when I say: Don’t Bet On It!

The following games are scheduled to be played on Saturday, October 17, except where I have indicated otherwise:

. . . USF still managed to keep it together, but the Bearcats’ ability to maintain their position atop the Big East despite losing somewhere in the neighborhood of thirteen or fourteen defensive starters---all right, that’s an exaggeration, but you get my point---is one of the season’s more impressive feats. I’m not picking against Cincy until I’m given good reason to do so.

Pittsburgh Panthers at Rutgers Scarlet Knights (Oct. 16): I mentioned a moment ago that Cincinnati stood astride the Big East like a Midwestern Colossus, although that isn’t entirely true; technically, Pitt leads the league with a 2-0 ledger in conference play. The State University of New Jersey languishes at 0-1 in Big East outings, but the Scarlet Knights very quietly have put together a 4-1 record. However, those four wins have come against downtrodden Maryland, a Sun Belt squad with a name eye-rollingly reminiscent of an IHOP, Division I-AA Texas Southern (which isn’t the team from "Necessary Roughness"; it’s the team that lost to the team from "Necessary Roughness"), and some guy named Howard. I somehow doubt that 4-1 record is going to hold up against the Panthers. 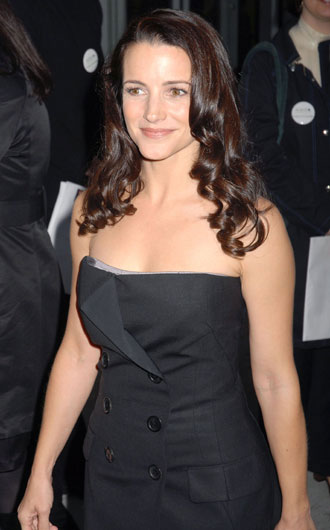 Iowa Hawkeyes at Wisconsin Badgers: If you want to know why I make fun of the fact that every Big Ten game played after October 1 involves two teams duking it out over some worthless bizarre artifact someone unearthed in a fallow field or an abandoned mining camp or the ruins of a closed General Motors plant, this is why: Iowa and Wisconsin battle for custody of the Heartland Trophy, a brass bull that dates back to 2004. 2004?!?! Are you kidding me? The all-time series boasts more than a century of history and is tied 41-41-2, but we need to gussie this rivalry up with some weird flea-market knickknack (I mean, come on . . . a brass bull?) to make it a trophy game? That’s just ridiculous. When people try to make up this kind of foolishness here in the South, we ignore it, which is why, even though some dufus came up with some useless trophy to hand out at the end of the Georgia-Georgia Tech game, we in Bulldog Nation still hear the words "Governor’s Cup" and think the term refers to the piece of protective gear kept preserved in Butts-Mehre Heritage Hall in a glass case with Sonny Perdue’s jockstrap. Anyway, I’m picking the Hawkeyes to take a commanding 4-2 lead in the Heartland Trophy series.

Virginia Tech Hokies at Georgia Tech Yellow Jackets: How big a difference do you think the Ramblin’ Wreck’s home field advantage will make? Ha, ha . . . Georgia Tech’s home field advantage . . . I crack myself up. But, seriously, when two technical schools square off on the gridiron, always go with the one that lacks any sort of academic reputation as a training ground for actual engineers. You wouldn’t pick Cal Tech or MIT to beat an agricultural and mechanical school that doesn’t really teach anything about mechanics, would you? Well, that ought to tell you that what Virginia Tech lacks in the classroom will be made up on the scoreboard.

Oklahoma Sooners v. Texas Longhorns: In a stark departure from recent tradition, this year’s winner of the Red River Shootout will have the inside track to the Big 12 Championship Game. Bob Stoops’s troops come into this game with an 0-2 record against ranked opponents, which is worse even than the Longhorns’ 0-0 record against teams that could fight their way out of a paper bag. Everyone who thinks Mack Brown’s squad will win, say "aye." Everyone who thinks the Sooners will pull off the upset, say "no." It seems the ayes of Texas are above the nos of Oklahoma.

You should know by now that my predictions are offered strictly for their entertainment value---and, really, they only barely qualify even in that superficial category---so no disclaimer ought to be needed, but, just to be on the safe side, I’ll remind you once again . . . Don’t Bet On It!