Another installment of the TMI series is forthcoming on Monday. But first, a little nugget you may not be aware of. Everyone understands the importance of "closing the borders" so to speak. It's one thing to lose to your rivals. It's quite another to be bludgeoned by guys who, if this were East Germany, would never have been allowed to go to school out of state anyway. 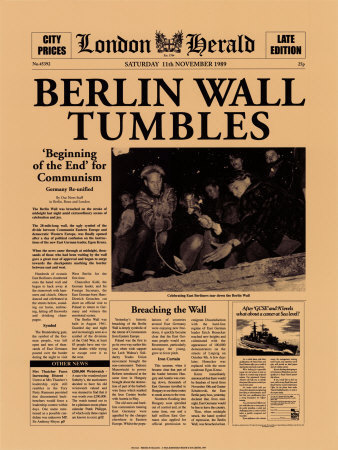 At least they got one thing right, Comrade. I'm looking at you, Eric Berry.

Georgia is one state in which closing the borders is especially urgent. Because a) the state produces enough quality players to stock 2-3 full college rosters a year, and b) if you don't get those players, your rivals will, and beat you with them (I'm looking at you, Marcus McNeil).

To that end, I am pleased to note that following Lowndes defensive back Greg Reid's messy breakup with Urban Meyer, the Florida Gators now officially have no commitments from the state of Georgia. Now if you follow that link you'll see that the gang from Charley Pell's School for Creative Financial Aid have done well both in Florida, and nationally his recruiting season. But this may be the first year since at least 2002 in which we lose no homegrown players to the flabby-armed, sundrenched confines of Gainesville.

Admittedly, not all of the Georgia-born players who have crossed the line have really hurt us. For every Channing Crowder there's been a Skyler Thornton and a Michael Brown. And Florida is strongly in the running, if not in the lead, for one of the top players in the state, Columbus defensive end Jarvis Jones.

But it has been a good year for Georgia in state, with 4 of Rivals op 10 players in Georgia already committed. 2 others (Jones and Reid) are still possibilities. 2 others (Atlanta-Carver safety Darren Myles and Ridgeland receiver Michael Bowman) weren't pursued. 1 (Cartersville athlete Donavan Tate) committed to North Carolina but will likely play pro baseball instead. Only Tucker tailback/receiver Drayton Calhoun (committed to LSU) truly escaped Georgia's recruiting efforts. Shutting Urban Meyer out of Georgia won't in and of itself restore balance to the Georgia/Florida rivalry. But it's a good start.