Happy New Year! The final game day open comment thread of the season is also the first game day open comment thread of 2009, and, while the Capital One Bowl isn’t where any of us wanted to be in August, here is where we are, and, no matter where you find yourself, you’d rather win than lose. Your thoughts on the day’s college football action go below.

Now is also the time to declare the Dawg Sports honorary game day captain. Since Georgia and Michigan State have exactly one game’s worth of history together heading into this afternoon’s outing, it probably wasn’t hard for you to figure out who the honoree would be: 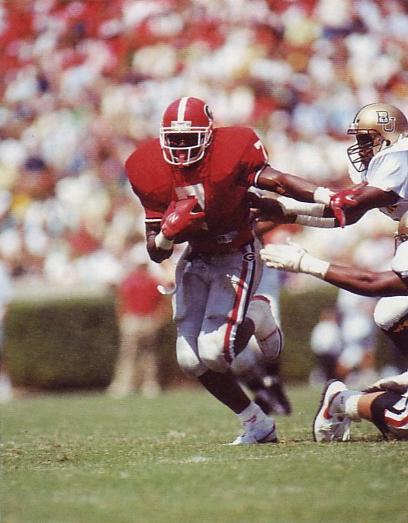 20 years ago today, Rodney Hampton rushed for 109 yards and a touchdown while catching four passes for 71 yards and two more scores. Here’s hoping a latter-day Bulldog has a similarly proficient day today . . . although I’d prefer it if it weren’t the current No. 7 who did so!