Having already blown the calls in this week’s S.E.C. games, I now turn to picking incorrectly the games of significance around the country this week. No, I’m not talking about Southern California at Ohio State (you and I both know the well-rested Trojans are going to torch the hobbled Buckeyes in the City of Angels), Iowa State at Iowa (as much as I like to highlight early-season in-state rivalry games), or Kansas at South Florida (because I already told you the Bulls were winning Friday’s outing). (According to The Weather Channel, Tuesday’s humidity was 64 per cent in Lawrence and 89 per cent in Tampa. What’s the over/under on number of quarters before Mark Mangino passes out from the heat?)

Instead, we’ll be looking at games that actually might be competitive. Be forewarned, though . . . I was a paltry 4-2 in last week’s national forecasts, bringing my season-long record in non-S.E.C. predictions to 12-2. Also, because I apparently don’t have enough dadgum stress in my life, I find out that Dawg Sports is not only getting positive mentions (or "pos-mens") from Orson Swindle Spencer Hall, but from Sunday Morning Quarterback Dr. Saturday, as well. Surely, a collapse of epic proportions is in the cards for yours truly. I shouldn’t have to tell you, but I will, anyway: Don’t Bet On It! 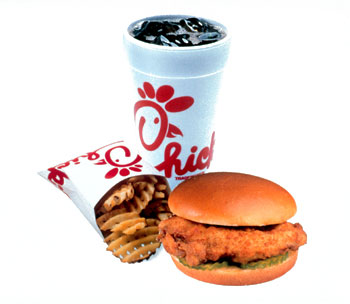 Please join me now for a moment of silence in honor of the Chick-fil-A combo meal number one with a large Coke and bacon added atop the sandwich. Thank you.

Here are this week’s menu specials games, all of which are scheduled to be played on Saturday, September 13, unless otherwise indicated:

Bowling Green at Boise State: This one’s suddenly a lot more interesting, isn’t it? M.A.C. teams have proven this season that they can compete with B.C.S. conference opponents---well, as long as they’re Big Ten teams, anyway---and, even though they came up short against Minnesota, the Falcons opened the autumn with a win over Pitt that was impressive bordered on being impressive might have impressed some people disabused the seven people who still believed in the Panthers of their remaining illusions. Nevertheless, I rarely go wrong reposing my trust in the Broncos on their home field (which, unlike the name of their opponent, has no actual green in it), so I like Boise State to win an entertaining game.

Wisconsin at Fresno State: There’s a bit of nostalgia to this one, as the game that put the Golden State Bulldogs on the college football map for most of us here on the East Coast was F.S.U.’s 2001 win over the Badgers in Madison. The victory capped off a 3-0 start in which Fresno State won at Colorado and beat Oregon State before defeating Wiscy to get the hat trick. Although the Bulldogs had earned some notoriety for beating Southern California in the 1992 Freedom Bowl, Pat Hill’s club came into the first season of the 21st century having lost ten straight road games against B.C.S. conference opponents since getting the better of a three-win Cal squad in 1995. Starting with the 2001 win in Boulder (which kept the Buffs from playing for the national title at the end of the season), F.S.U. has gone 9-12 in away or neutral-site games against big-league competition, which ain’t bad considering the gorillas with whom the Bulldogs have tangled. With the game being played in the Raisin Capital of the World (where Fresno State is 4-1 against B.C.S. conference teams in the last eight years) and the home team coming off of an open date, I like the Bulldogs to send Wiscy packing and Coach Hill to look directly into the camera in the postgame interview and say, "Badgers? We don’t need no stinking Badgers!"

Seriously, every loyal Georgia fan ought to eat at Chick-fil-A at least three times this week. It’s that whole "feasting on the flesh of the enemy" thing. Go on, get yourself a Chick-fil-A; you can tell your wife I said it was O.K. Get a milkshake, too, while you’re at it.

U.C.L.A. at Brigham Young: When the Cougars clash with a Pac-10 opponent, you can count on the excitement being put back into chip-shot kicks. Did you know that, if the Bruins and the Bulldogs both take care of business this weekend, Georgia will own the nation’s longest winning streak? Pretty cool, huh? I know the U.C.L.A. faithful will be rooting for the ‘Dawgs---they’ll root for anybody who’s playing U.S.C.---so I will happily return the favor by picking the Bruins.

North Carolina at Rutgers (Thurs., Sept. 11): Will the real parvenu please stand up now? Is it worse to have narrowly escaped disaster against McNeese State or to have fallen to visiting Fresno State by 17 points? Heck if I know, so I’m going with home field advantage and the Big East’s innate superiority over the A.C.C. (you read that correctly, and don’t try to deny it) in picking the Scarlet Knights to squeeze by the Tar Heels.

Oregon at Purdue: Folks, this could be a preview of the Rose Bowl. Well, O.K., the Sun Bowl, at any rate. The game is being played at Ross-Ade Stadium, which sounds like its nomenclature was selected by the corporate behemoth that purchased the naming rights in order to promote a new sports beverage that married extra electrolytes with Georgia Tech’s mumbling ex-coach, but, notwithstanding the venue, I agree with Doc Saturday’s take on this one. The Ducks will win in a walk . . . or, I guess, a waddle.

Georgia Tech at Virginia Tech: I’m going with Tech in this one. (Ah, the classics never die. Really, I’m just warming you up for when I pick the Tigers to win the Auburn-L.S.U. game.) What should we expect from a conference game in a league whose bowl tie-ins occasionally get moved to actual football stadiums? The Hokies, losers of two straight games against Division I-A opposition, held a 3-0 halftime lead over Furman, so reports of V.P.I.’s demise do not appear to have been exaggerated, greatly or otherwise. Meanwhile, I don’t yet know what to make of the Yellow Jackets’ ostensible mini-revival, but I do know that the Engineers know that a win in Blacksburg will give them a clear shot at a 6-0 start heading into their October 18 date in Death Valley against Clemson. That’s incentive enough to make me bee-lieve (sorry) the Ramblin’ Wreck will run the option left, run the option right, run it up the gut, and run right out of sight as they do the Hokie smackdown in the Old Dominion night in an A.C.C. girl-fight!

Those are this week’s prognostications, about which I expect to be even more wrong than usual. Naturally, you should repose no faith whatsoever in my forecasts, and you certainly ought not to put your money where my mouth is, so let me spell it out for you: Don’t Bet On It!

So that this posting will not be completely lacking in redeeming social value, I should offer three nuggets of note from elsewhere in the blogosphere: (a) Knowshon Rockwell Moreno has been named the And the Valley Shook S.E.C. Offensive Skill Position Player of the Week, (b) Horton’s Hob-Nailed Boot has called our attention to a worthy cause you can support by donating money to Team Go Beth O!, and (c) the latest episode of "The Cheap Seats" is available, although I was way late in getting the news to you. (My bad, Matt!)