Since there’s not apt to be much in the way of suspense in the wake of my postgame observations following the Bulldogs’ win over Central Michigan, I’m going to skip the gristle and get straight to the bone. Below is my BlogPoll ballot for this week, which I compiled without reference to any other set of rankings other than my own ballot of one week before.

Here, in my humble opinion, are the top 25 teams in the land:

One-fifth of last week’s ranked teams did not play this weekend: No. 1 Southern California, No. 6 Louisiana State, No. 18 Boise State, No. 19 U.C.L.A., and No. 22 Fresno State. At the bottom of my ballot, inertia kept the idle teams steady; at the top of my ballot, the inability of the Trojans and the Bayou Bengals to impress me cost both teams one spot in the rankings, due to the superior play of some of the teams ranked near them.

Georgia reclaimed the No. 1 ranking the ‘Dawgs held on my preseason ballot and Oklahoma moved up two spots on the strength of a convincing win over a respectable Cincinnati squad. The Sooners failed to overtake the Men of Troy because O.U. took a while to get going, holding only a 21-13 halftime lead.

The other quality performance out of Big 12 country came from new No. 4 Missouri. Yes, it was just Southeast Missouri State, but the Tigers won the way they were supposed to win, holding a 42-point advantage at intermission before closing out the contest with a 52-3 victory. The fact that Illinois beat Eastern Illinois in the expected manner helped bolster Mizzou’s initial win, as well.

Slow starts by Texas (which led U.T.E.P. by one point after one quarter) and Texas Tech (which led Nevada 14-9 at the break) caused the Longhorns and the Red Raiders to lose ground, but Kansas earned a slight bump by shutting out a Louisiana Tech squad that upset a B.C.S. conference opponent one week earlier and Oklahoma State solidly outdistanced a Houston squad that posed a legitimate threat. 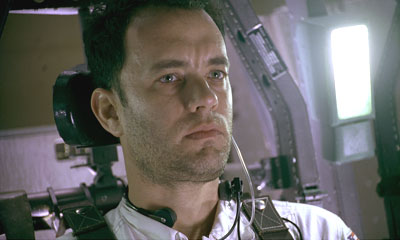 The Cowboys are able to say, "Houston? We have no problem." This helped Oklahoma State in the rankings, but it would have detracted substantially from the dramatic tension of "Apollo 13."

Honestly, I probably was generous to Ohio State, seeing as how the Buckeyes trailed the Bobcats 14-12 after three quarters, but we’ll know a week from now whether Jim Tressel’s squad was merely looking ahead or is genuinely overrated. My money is on genuinely overrated, but we shall see.

Similarly, I dinged Florida after a second straight lackluster effort in the early going which was papered over by Urban Meyer’s lack of class. The Saurians led the hapless Hurricanes 9-3 after three periods and only put it to Miami (Florida) in the final frame, which saw Tim Tebow under center in the closing seconds. When the mighty Gators do something genuinely impressive---like, say, score ten points in the first quarter---I’ll take notice.

Penn State rose slightly after dominating Oregon State in an outing in which the Nittany Lions held a 35-7 halftime edge. California likewise leapt up, claiming a spot in the top ten after going on the road and manhandling Washington State. The Cougars are a team of questionable quality, but, when you’re up on a conference opponent in his house by a 42-3 margin after two quarters, you’ve done something substantial.

My No. 11 ranking remained the property of Oregon, inasmuch as the Ducks took care of Utah State exactly as expected, but South Florida took a dive after needing overtime to get by Central Florida. The Bulls’ spot in the top twelve went to East Carolina. No, I don’t think the Pirates are that good, but who has a better set of season-opening wins than E.C.U. and what about the teams ranked right behind Skip Holtz’s squad suggests that any of them would beat the Pirates on a neutral field next Saturday? 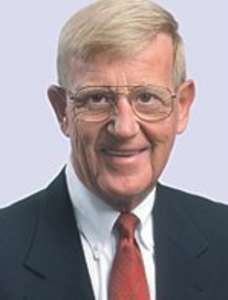 Plus which, one of ESPN’s crackpot crack analysts informed me that East Carolina is a legitimate national championship contender.

A 41-17 win over an improved Stanford club allowed Arizona State to inch incrementally upwards, but the Sun Devils’ comparatively narrow halftime lead prevented them from vaulting higher. The same held true for Wisconsin, which battered Marshall by a 51-14 final margin yet led by a field goal at the break.

Both Yellowhammer State schools slipped a bit after less than compelling performances against overmatched opposition. A 27-13 home win over Southern Miss caused Auburn to fall from tenth to 15th and a 20-6 home win over Tulane resulted in Alabama’s drop from 13th to 16th.

I considered ranking Brigham Young a week ago, but, after the Cougars claimed a victory (however ill-gotten) over Washington in a game I expected B.Y.U. to lose, I granted the Cougs admission to my top 20. Brigham Young took the place of in-state rival Utah, which fell out of my rankings after the Utes were deadlocked with U.N.L.V. after two quarters. (It didn’t help that Utah’s win over Michigan was devalued considerably by a second straight poor performance by the Wolverines.)

A 35-12 home win over San Jose State allowed Nebraska to hold steady because, honestly, I don’t yet know what to make of the Cornhuskers and the alternative probably was to rank Wake Forest, which I am not yet prepared to do. Finally, after being stomped by East Carolina, West Virginia fell off the board entirely. It’s simply too early in the season to be ranking teams with losses; that will change a week from now, when the loser of the Ohio State-Southern California matchup will retain a spot in the top 25 despite the blemish on the Buckeyes’ its record. 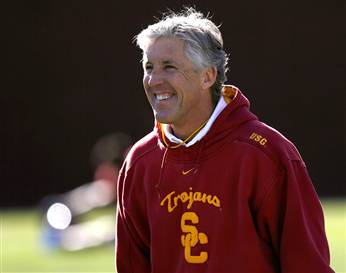 Yep . . . whichever team coached by this guy happens to win that game, the loser still will be ranked. (Photograph by Gus Ruelas/Associated Press.)

I watched the South Carolina-Vanderbilt game on Thursday night and the Ball State-Navy game on Friday night. On Saturday, I attended the Georgia-Central Michigan game, where I saw bits and pieces of the Boston College-Georgia Tech, Auburn-Southern Miss, and Ohio (Ohio)-Ohio State games in passing. I remained in Sanford Stadium until the end and arrived home in time to catch the fourth quarter of the Florida-Miami (Florida) face-off. After that, I watched Texas-U.T.E.P. until halftime, at which point I went to bed.

As always, the above is my ballot, representing my views, however unhinged, but I remain open to sufficiently persuasive arguments, so feel free to try changing my mind before the final voting deadline. (I can, but probably won’t, change my ballot up until Wednesday morning.)

By this time next week, virtually every major Division I-A team will have played at least one legitimate opponent, with the notable exception of Florida State. (An open date on Labor Day weekend followed by back-to-back Division I-AA squads? Weak.) Consequently, next Sunday evening is apt to be one of those times when I start with a clean white sheet of paper when compiling my ballot. Your arguments for or against particular teams will be most welcome in next Saturday’s game day open comment thread.