I don’t know about you, but I gradually have gone from feeling pretty good about the second-half comeback in Sanford Stadium on Saturday night to feeling progressively worse about the weekend, the season, and everything football-related in general. As Lewis Grizzard might have put it, Dannell Ellerbe is questionable and I don’t feel so good myself. Accordingly, if the following makes me sound embittered, frustrated, angry, and dour, don’t worry; that’s just because I’m embittered, frustrated, angry, and dour.

Here is how the twelve teams in the Southeastern Conference stack up right this very minute:

1. Alabama: I’m pretty sure this requires no explanation whatsoever, although, even in the midst of the Crimson Tide’s clear resurgence as a national power, the ‘Bama faithful are plagued by self-doubt. Life is a black hole into which all light and happiness are sucked.

2. Vanderbilt: Like it or not, the Commodores are your S.E.C. East frontrunners and they control their own destiny in the division. Entropy is the fundamental constant of all man-made systems and living things, so the natural order of the universe is a state of slow, steady, and inevitable decay. 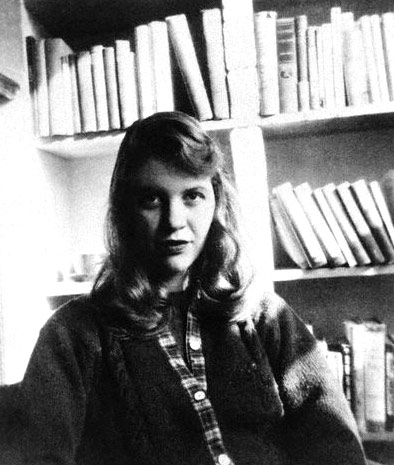 Sylvia Plath was an optimist.

3. Louisiana State: The Bayou Bengals are a talented bunch, but they surrendered a (relative) boatload of points to Auburn and failed to put away Mississippi State convincingly, which has caused L.S.U. fans to wonder how bad their pass defense is. Man is born to trouble and I say he’s lucky if all he has to worry about is sparks flying upward rather than something much worse than sparks falling downward.

4. Georgia: One of the top two or three teams in the league in terms of talent certainly wasn’t helped by bad bounces, foolhardy penalties, debatable defensive schemes, or injuries, but the Bulldogs should never be outmanned and outcoached like that between the hedges. The turning point of the game was the scoreboard montage and, for 60 minutes, the field in Sanford Stadium became the lowest circle in Dante’s Inferno.

5. Florida: At least we lost to a good team at home, while the Gators’ loss left their boosters embarrassed and fuming. If you can keep your head while all about you are losing theirs, you need to check your voice mail.

6. Auburn: Is it too late to tell Al Borges they were just kidding? The Plainsmen’s offense ought to get Tony Franklin a court date at The Hague, which is fine with me, because I hate Auburn, but you just know they’re going to get it clicking eventually, probably right before the Tigers play the Bulldogs, because that would be the worst possible thing that could happen. In the meantime, War Eagle supporters know good and well that, right now, Auburn couldn’t beat a good S.E.C. team. 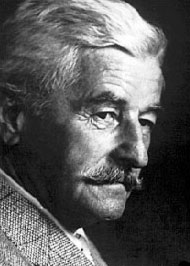 I used to think of William Faulkner’s Nobel Prize acceptance speech as an inspiring expression of the boundlessness of human hope and possibility, but then I went to the Alabama game and came to the realization that it was just stupid.

7. Mississippi: The highlight of my Saturday was learning that the Rebels had beaten the Gators by watching the reactions of tailgating Georgia fans through the car window while driving into Athens. After that, it was all downhill into a bottomless well of darkness from which no cry for help can escape.

8. Kentucky: Playing no one for the first four or five weeks is a good way to remain undefeated. Of course, that’s better than stinking up the joint, as the final four teams in the league (much like the whole of human existence) all do. Meanwhile, Wildcat fans know that the glass is half-empty.

9. South Carolina: The Gamecocks made the top ten by beating the teams they’re supposed to beat, no matter how unimpressively. That’s pretty sad, but, then again, so is everything else. One day, the earth will plunge to its fiery doom into the blazing heart of the sun. South Carolina probably will not have won an S.E.C. championship when that day arrives.

10. Tennessee: The Big Orange offense is such an absolute disaster that U.T. couldn’t outscore an Auburn team that couldn’t outscore half the teams in the National League. Phillip Fulmer has so completely lost control of this team that Peyton Manning literally called for a two-point conversion last weekend. I mean, I love Herschel Walker and all, but do you think Mark Richt would let the Goal Line Stalker call the plays? This team’s mascot is the Volunteer because no one would pay for football so bad that it’s as bad as every other aspect and attribute of our doomed plane of reality, which is why Tennessee fans are struggling to show the slightest signs of optimism. Now watch ‘em go blow us out again. 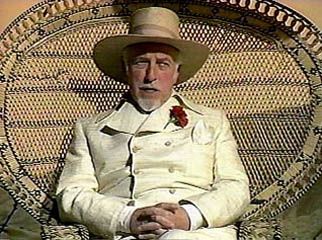 The White Guardian sent the Doctor on a series of missions to retrieve the pieces of the Key to Time in order to prevent the universe from descending into chaos. Clearly, he failed miserably.

11. Mississippi State: Fate tempts this team by offering it the prospect of victory, only to snatch all hope cruelly from M.S.U.’s grasp. Apparently, that’s a soul-crushing trick fate plays indiscriminately on S.E.C. teams with the nickname "Bulldogs."

12. Arkansas: The Razorbacks are so awful, and their annihilation so inevitable, that they are a veritable microcosm of the human race.

You may see it differently, of course. If so, you could share your rationale in the comments below. Then again, why bother? All is infinite pain without cessation or relief.