Don't Bet On It! Pulls a Double Reverse: National Games of Interest, Presented in Verse

Share All sharing options for: Don't Bet On It! Pulls a Double Reverse: National Games of Interest, Presented in Verse

First came the verse of our good friend Doug, which alone I might have been able to shrug off as a riff while in championship mode, but senryu and haiku and literary ode got me thinking of the poetic arts so sublime . . . but we’ll save that for later, for now is the time to look at the notable national games, so sit back and relax as I run through the names of the teams facing off that happen to be in leagues lying outside our own S.E.C.

Notre Dame at Michigan State: These are the teams that the Wolverines hate each with the heat of its own special fire, though neither as much as the rivalry (esquire) with the Maize and Blue’s foes of unusual size, Ohio State’s much-maligned Buckeyes. Upon which of these teams will my pick be bestowed? Since each plays the other best on the road and since the venue is in East Lansing, I’ll take the Irish to give the Spartans a pantsing.

Boise State at Oregon: Pac-10 fans, it’s true. The Ducks almost lost to hapless Purdue, though even that setback wouldn’t have stung like a loss to New Mexico, Brigham Young, Maryland, Baylor, U.N.L.V., T.C.U., or Oklahoma. I see this as a chance dramatically to improve the league’s reputation, so it would behoove a conference in need of a fix to remember that, since 1996, as the visiting squad, the Broncos, when scrimmaging upon Pac-10 sod, have posted a ledger of 0-7, so, should an action for the replevin of the West Coast league’s lost dignity among the nine teams not named U.S.C. have even a snowball’s chance of succeeding, the Ducks must administer a serious beating. 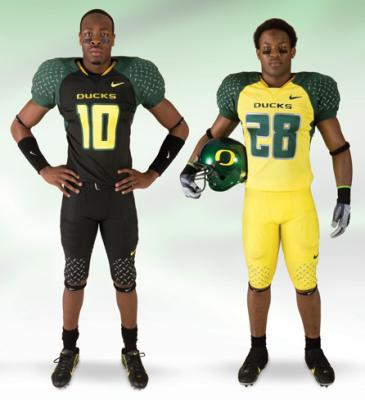 While pulling the Pac-10’s reputation out of the commode, you might also consider adopting a dress code.

West Virginia at Colorado: This Thursday night, the Big East and Big 12 square off for a fight in which the home team’s "Rocky Mountain High" meets "Almost Heaven" and I won’t lie; this odd pairing of various miners of coal (which ought to be called "The John Denver Bowl") strikes me as being exceedingly strange. I think, as the shadows of the Front Range lengthen along the western horizon and the air thins as the Mountaineers are rising all the way up to the city of Boulder, Bill Stewart will feel a good ten years older. It’s hard to go far and then win on the road, so I like W.V.U. to get Buffaloed.

Wake Forest at Florida State: While I believe it isn’t too late for the Pac-10 after just one bad week, the A.C.C. has surmounted the peak and tumbled incessantly straight down the hill. (For proof, I would point you towards Jacksonville.) Through the conference’s heart this game is the stake. For the ‘Noles, it’s a funeral; for the league, it’s a Wake.

Virginia Tech at North Carolina: Two months ago, you couldn’t find a professional pundit who questioned why the preseason pollsters agreed V.P.I. was the league favorite. They would have gone postal had you dared say Tech wouldn’t win the Coastal . . . or is it the Atlantic? I forget which, but, either way, it was quite a switch when the Tar Heels emerged during their date with once-mighty Rutgers in the Garden State. All aboard the bandwagon, which is where we predict the Hokies will fall at U.N.C. 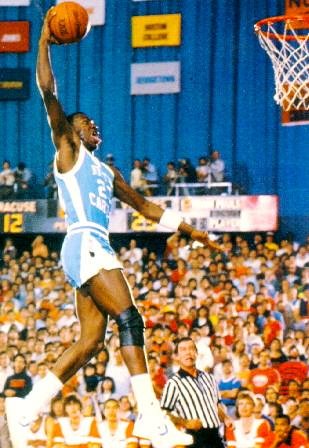 If you’re not on the bandwagon, the last call for boarding is coming from the conductor, some fellow named Jordan.

Kansas State at Louisville: Wednesday night’s fare pits B.C.S. league programs about which I don’t care. A while back, they both looked good---and how!---but that was back then and this here is now. The boom times were fun, but they didn’t last and both teams’ bright futures are a thing of the past. From eleven-win seasons, by the cruel hand of fate, the ‘Cats fell to runner-up status in their own state. K-State fell in ’04 and hasn’t gotten up since, nor will it while being led by Ron Prince. Steve Kragthorpe’s first season left no one enthused, as the Cards looked inept and the coach looked confused. Midweek contests like this present more than a trap, as the loser officially falls off the map and will not be ranked for the next several years, so don’t be surprised when actual tears stream down Steve’s face after the Wildcats repulse a last-ditch effort to spare him a trip back to Tulsa.

I would hasten to add, ere the hour draws late, that you should not trust me to prognosticate well enough to earn you financial gain should you use to compete what was meant to entertain. You should not wager, not one little bit, which is why I warn you: Don’t Bet On It!