Share All sharing options for: Root of All Evil: NAFTA v. Steve Spurrier

(This got a pretty good reception the first time I tried it, and, apparently, there are folks out there who think I’m funny, so let’s give it another go, shall we? Remember . . . in this post, more than in most, you have to read it in the characters’ voices for it to be funny. If you follow those instructions and it’s still not funny, what can I tell you? I’m the guy who picked Rutgers to beat North Carolina, so what do I know?)

Lewis Black: Hello, America . . . or should I say, "We’re not worthy!" and rip up a picture of the Pope with absolutely no coherent explanation whatsoever? ‘Cause it’s starting to feel a little like 1992 in here for this throwback edition of "Root of All Evil." In a remarkable instance of bad casting on the part of a cut-rate cable television production team that decided to pump its entire budget into sending Jon Stewart to the conventions, the two guys we have here this evening would have fit right in with the topic of our last episode, but they’re joining us this evening instead in a particularly desperate bid to prolong their fading relevance by methods Verne Troyer and Britney Spears would consider beneath their dignity. As usual, the competing sides are represented by comedians, although I’m pretty sure these guys aren’t being funny on purpose. With that, I’ll open up the floor for opening statements, beginning with everybody’s favorite twangy billionaire nutjob, H. Ross "The ‘H’ Stands for ‘Holy Crap, We Actually Considered Electing This Yahoo President?!?!" Perot. Take it away, Freakshow.

Ross Perot: Thank you, Lewis. Friends, I’m here to tell you that everything I told you has turned out to be absolutely true. As I said would be the case when all y’all decided that you’d rather listen to Mr. Fancy-Pants Al Gore and his inside-the-Beltway mentality, NAFTA is the root of all evil. Think about it. Remember that giant sucking sound I told you you’d hear as all the jobs left for Mexico? Well, I was so dadgum right, I was even more right than I thought I was. It wasn’t just a giant sucking sound, it was a what you young people call ginormous sucking sound as all the jobs fled to Mexico and India and China and all them other places. Listen here, "NAFTA" has five letters---five, count ‘em, one-two-three-four-five---and every last one of ‘em stands for something, and four out of five of ‘em are a dadburned lie. We already knew the "F" and the "T" were a lie. That stands for "free trade," but, as I told you when I told you about the maquiladora program way back when, it is not trade as trade is commonly understood and it sure ain’t free. Well, now we know the "N" and the "A" were a lie, too. The first "A," that is, not the second "A." The second "A," well that’s pretty much a stand-up letter right there, that has no business having its good name dragged through the mud by them other four lying letters it got lumped in with. Anyway, the "N" and the bad "A" stand for "North American," but all the jobs that got sucked across the border got sucked all the way across the ocean and got sucked clean out of the Western hemisphere. That’s a right powerful suck right there, which is why I say NAFTA is the root of all evil. It sucks just that much. Ross Perot: O.K., just checking. I guess I was finished, after all.

Lewis Black: Peachy. Turning now from the obscenely wealthy elfin crackpot to the obnoxiously opinionated football coach, I hand it off---or, I guess, toss it over---to 1966 Heisman Trophy winner and polyester poster-boy Steve Spurrier. Evil Genius---can I call you "Eve"?---it’s all yours. 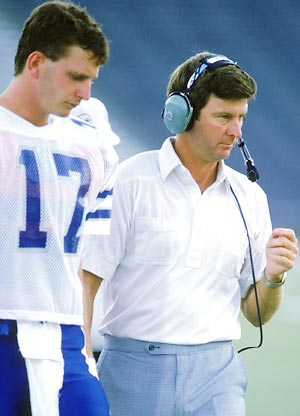 Steve Spurrier: ‘Preciate it, Lewis. I get what Ross is saying, and, to tell you the truth, I’m not too crazy about American jobs going to foreign countries, either. It doesn’t seem like I’ve been able to produce an N.F.L.-caliber quarterback in my whole coaching career, and the last thing I want any former Gators having to do is go overseas and play in that World League of American Football they got over there in Europe. I have to say, though, that there’s something nastier than what Ross is talking about, and you’re looking at him. I, Steve Spurrier, am here to tell you that Steve Spurrier is the root of all evil. I mean, think about it. They say I’m the Evil Genius. They call me "Darth Visor." My first head coaching job was with the Duke Blue Devils. I mean, doggone, Lewis, do I have to spell it out for you? I’m a rude dude with a bad attitude.

Lewis Black: Well done, Coach. Actually, I assume it was well done, because I wasn’t listening. I was too busy wondering how you two managed to be fixtures in the national awareness for over 15 years without having inspired anyone to coin the term "nasal-retentive." Anyway, I promise I’ll be paying attention during our next segment, when each side will describe the parade of horribles due to be unleashed upon an unsuspecting nation in the event your preferred example of awfulness is not stopped. Mr. Pea-Rot?

Ross Perot: They call this network Comedy Central, do they? If you don’t get any funnier than this, boy, that great sucking sound I mentioned is coming from your act. Anyway, we already know what’s going to keep on happening if we stick with NAFTA. I told you NAFTA would encourage illegal immigration, and it has. I told you NAFTA would allow companies to get out of complying with environmental standards, and it has. Dang it, I get that I’m nuttier than a bagful of goobers, but it’s like the old saying says . . . even a bull goose loony clock is right twice a day, I don’t care what those think-tank eggheads with their inside-the-Beltway mentality say! 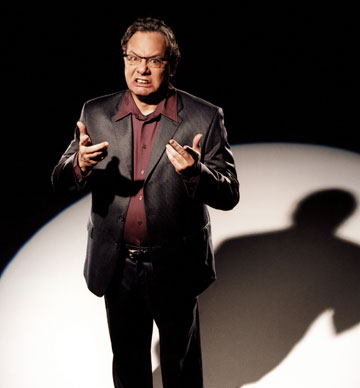 Lewis Black: All I can say is, I’m glad I’m wearing a dark suit, because you’re actually starting to make sense to me, and that terrified me so much that I wet myself. Please, Stevie Wonder, take us back to a reality I find comforting.

Steve Spurrier: Glad to, Lewis. When I got to the University of Florida in 1990, they were on hard times in Gainesville. On probation. Never won a championship. Lost a whole bunch of players. Wandering in the wilderness. Then along came ol’ Stevie Boy and we got the Fun ‘n’ Gun up and running. Beat Georgia. Beat Tennessee. Had a little trouble with them Bowden boys for a while, but then we beat them, too. Won a national championship. Played for another. Came in first in the S.E.C. a bunch of times. One time they wouldn’t let us count it as a championship, but we won it on the field. We were the mighty Gators. Made the University of Florida an exciting place to be. Made that young Keanu Reeves character from "Devil’s Advocate" want to go there, then, boom! Devil tries to take over the world. Let me go unchecked, Lewis, and I’ll have pure evil taking over the world before you know it. How’s that for a ripple of evil?

Lewis Black: Again with the Keanu Reeves references! I know this is Comedy Central, but, for the love of Mike, can we please erase Bill and Ted from our national consciousness before I pierce my own nostril with an icepick? Ross, take us home, little guy. It’s time for the elitist homespun lunacy of your closing argument. 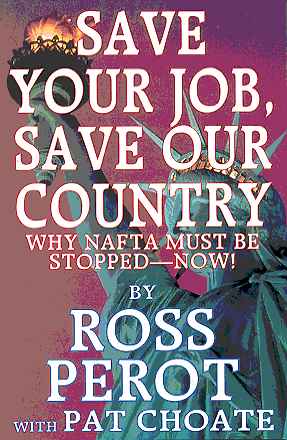 Lewis Black: Sir, you have done more to demonstrate the causal link between money and crazy than any other man since Garth Brooks went through his Chris Gaines phase. Big Spur, dock this ship before it sinks and bring us back to something within spitting distance of sanity if at all possible.

Steve Spurrier: I’ll do what I can, Lewis. Listen, we all know I’m a spoiled whiny brat, a self-centered show-off, and a smart-mouth whose mama obviously didn’t raise me right. I take cheap shots at other teams and coaches just ‘cause I like to make other folks feel bad for no good reason, plus which I’m a bad sport, a sore winner, and a guy with no more sense of loyalty than to bench a Heisman Trophy candidate on account of my being in a bad mood. It’s bad enough I do that to regular folks, but I even drag my whole family into the middle of this, undermining my son’s ability to call the plays and making my wife give live T.V. interviews while she’s sitting in the stands watching me lose to Vanderbilt for the second year in a row. Heck, Lewis, you want proof that I’m the root of all evil? I was winning ten games a year at Florida and was set for life, but I got too big for my britches, I got a little bit greedy, and I wound up coaching at South Carolina. If I ain’t Lucifer getting tossed into the pit, I don’t know who is. Look at the quarterbacks I’ve got. Look at the offensive line I’ve got. Look at that guy in the chicken outfit I got to share a stage with. Now tell me I’m not in Football Hell, Lewis, I dare you to. I double-d . . . uh, I mean, I double-gamecock you to.

Lewis Black: Verily, the spirit of the Lincoln-Douglas debates is not dead while you two silver-tongued philosopher-kings draw breath. Nevertheless, cruel fate has cast me in the unenviable role of deciphering your respective meandering diatribes and deciding which of you is marginally less in need of psychiatric hospitalization. Mr. Perot, I admire your single-minded devotion to your narrow-minded position and the idea that you may have been right while a bipartisan consensus was wrong shakes my faith in right reason and democratic self-government to the core. I am therefore grateful to Coach Spurrier for giving me a way out by making such a compelling case for the proposition that he’s the biggest S.O.B. in the known universe. Accordingly, I find that you, Steve Spurrier, are the root of all evil and I sentence you to an eternity in Williams-Brice Stadium, where you will repeat an endless loop of six- and seven-win seasons while listening to the incessant call of that annoying Godzilla screech they play in the stadium every time the Gamecocks throw a pass that doesn’t end in an interception. Click-clack, Steve Superior, and good night.