As interminable as the offseason felt while it remained ongoing, I almost can’t believe game week is upon us. Quite frankly, I feel woefully unprepared. My intended game day attire is on its way from Football Fanatics, I’m not yet in midseason form either on my channel-changing or in my salsa-dipping, I haven’t yet figured out all the functions on my D.V.R. (yes, I finally broke down and got one; my wife talked me into it), and it’s time to gear up the blog-posting big-time.

So here they are . . . my conference championship and other assorted predictions, each of which I will revisit in January to confirm how smart or dumb I really am. (The smart money is on pretty dumb.) Naturally, I didn’t pick the S.E.C. champion---Georgia; duh!---but all other Division I-A leagues are fair game, so here goes:

Atlantic Coast Conference: Can I answer "N/A" for this one? I’ll believe it when I see it where Clemson is concerned, Boston College and the Techs (of the Georgia and Virginia varieties) are in rebuilding mode, and Florida State and Miami are spent volcanoes. Are we really looking at a North Carolina-Wake Forest A.C.C. championship game? (I’m assuming those two teams are in different divisions, but I’m not about to take the time to look it up right now.) Good grief! I’m going with the Demon Deacons purely by process of elimination. Seriously, what could possibly justify guaranteeing this league an automatic spot in the B.C.S.?

Big East: While the Mountaineers again look strong, a fourth straight 11-win season is not in the cards for a West Virginia club that lost Rich Rodriguez and Steve Slaton in one fell swoop. I believe those departures will be too damaging for Bill Stewart and his charges to overcome, particularly since the Mountain Men close out the season against a South Florida squad that has beaten them in each of the last two seasons. I’m a believer in the Bulls, who are B.C.S. bowl-bound. 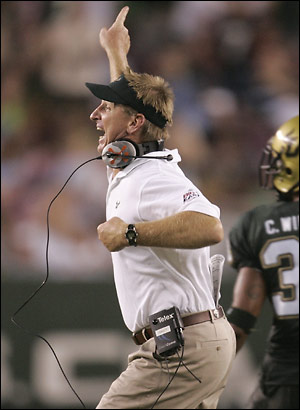 In response to my prediction, Jim Leavitt does a little dance we like to call "Thursday Night Fever!"

Big Ten: Is there any mystery at all to this league? Minnesota will be better (they have to be, right?), Illinois will be worse (they have to be, right?), Wisconsin will be the most enigmatic nine-game winner in the country, Michigan State will implode, Purdue won’t beat anyone with a winning record, Ohio State will beat Michigan, and the Buckeyes will win the conference crown without breaking a fourth-quarter sweat in more than one game. This recording will self-destruct in five seconds.

Big 12: As an S.E.C. homer, it pains me to say so, but this league is loaded. Colorado and Nebraska are on the upswing, Texas Tech is getting lots of preseason love, Oklahoma and Texas figure to be their usual sturdy selves, Oklahoma State may have in 2008 the season the Cowboys were expected to have in 2007, and rumor has it that Kansas will be facing more than one rankable regular-season opponent for a nice change of pace. The class of the conference, though, is Missouri, which features a boatload of returnees on the offensive side of the ball and has only one tough game on the other team’s home field (against Texas on October 18). I don’t think they’ll make the national title game, but the Tigers will capture the B.C.S. berth they deserved last year as the Big 12 champions.

Conference USA: Is anyone else tired of Central Florida and Tulsa? Me, too. What the heck; let’s go with Houston. 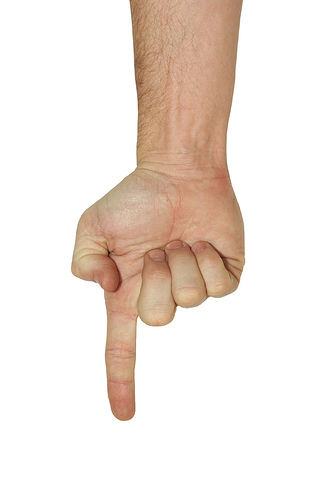 No, I mean further below than this.

Mid-American Conference: Do you seriously think I’m picking Ball State to win anything? Central Michigan has won two M.A.C. titles in a row and it’s in Georgia’s interests for C.M.U. to keep winning, so I’m going with the Chippewas.

Mountain West: The more I look at B.Y.U., the more I ain’t buying the hype. The Cougars end their season against Utah in Salt Lake City, where Brigham Young’s conference title hopes will be dashed by the league champion Utes.

Sun Belt: Oh, for crying out loud! Who was running the background checks if we let this many dadgum teams into Division I-A! Can I please just pick Florida Atlantic and move on to more important things? (F.A.U.’s the one with Howard Schnellenberger, right?)

Western Athletic Conference: Fresno State is the trendy pick here, but one sub-par season isn’t going to cause me to lose confidence in Boise State, particularly when the sub-par season in question still resulted in ten wins and a 7-1 conference record. The Broncos host the West Coast F.S.U. and the modus operandi of Pat Hill’s Bulldogs has been to expend all their energy on high-profile non-conference games, leaving nothing in the tank for league play. With three of Fresno State’s first four games being at Rutgers, against Wisconsin, and at U.C.L.A., I see the Golden State Bulldogs stumbling and Boise State reclaiming its rightful place atop the W.A.C.

Noteworthy Independents: What is this, 1989? There are no noteworthy independents. Anyone who tells you differently works for the National Broadcasting Company. 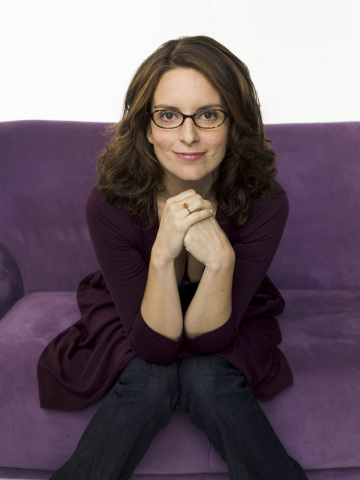 My preferred N.B.C. employee would be Tina Fey, who succeeded Lisa Loeb atop the list of "liberal women in glasses whom I find inexplicably hot."

That brings me to my more off-the-wall generic college football forecasts, which need no further introduction. As Les Miles would have put it, let ‘er rip: 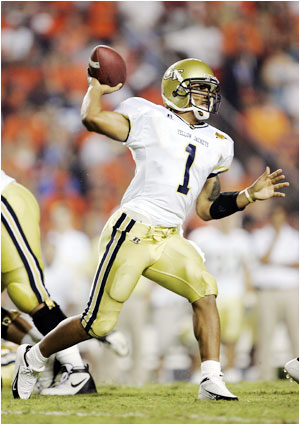 Unless the Eagles register two safeties, the Yellow Jackets manage a field goal, and Reggie Ball is working the scoreboard.


Those are my predictions. What are yours?

Coming soon: Don’t Bet On It!